How to steal history? 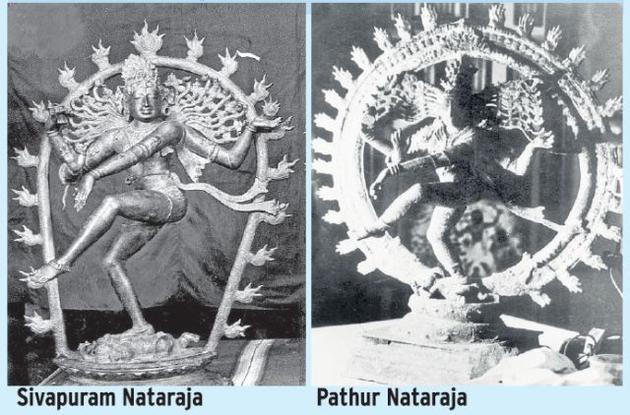 In an earlier blogpost, I had described about the theft of an idol of Nataraja from an obscure temple in Suthamalli village in the TamilNadu state of India and how it was found in a now notorious, New York art gallery “ Art of the Past” owned by one Subhash Chandra Kapoor, whose firm “ Nimbus Import and export Inc.” was primarily involved in the theft of the idol. More and more details are now coming out about the operation of this shady infamous operation run by crooks and thugs.

It has been found out now that Subhash Chandra Kapoor hails from family with a multi-decade history of plundering cultural institutions across South and South East Asia. His father Parshotam Ram Kapoor, father of Subhash and Ramesh, was an aggressively greedy thug who had begun plundering cultural institutions in the Indian subcontinent even during the early years of Indian independence.

Smuggling of antiquities from India is theoretically an impossible task. Indian law stipulates that all ancient art objects including privately owned ones, have to be registered with an appropriate authority. Their export is banned. Any duplicates and copies, newly made, must be certified by the archaeological authorities as not historically valuable before they can be exported. All exports of such duplicate or copied artifacts are subject to check by Customs authorities. 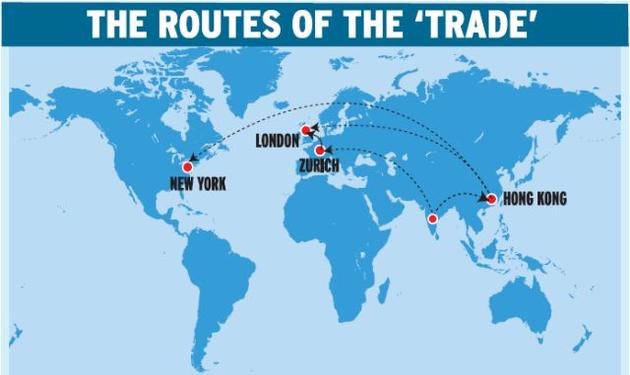 Subhash Chandra Kapoor found out a devious method of cheating the law. He never got directly involved in the theft but arranged and deployed a well knit network of local petty thieves and middlemen to scout and steal from poorly guarded temples and museums in India. Through these thieves led by now notorious Sanjivi Asokan, the stolen artifacts would reach the local handicrafts shops who were hand in gloves partners with Kapoor. The stolen artifacts were packed along with other handicrafts with proper certification and purchase bills in large containers and shipped out. By greasing their way through customs, the exporters would manage to slip through the stolen artifacts. Alternatively, handicraft dealers would make replicas of stolen idols, have forged documents proving origin of these duplicates and would ship the original stolen item along with duplicates. The customs or certifying authorities were often unable to make out the difference and many stolen idols slipped through. The goods were never consigned to Kapoor's New York operations, but were always sent to intermediaries or friendly art houses and galleries in cities such as Zurich, Hong Kong, Singapore or London and elsewhere as per standard operating procedure laid down by Kapoor. From these places, stolen antiquities were arranged to be sent to auction houses in London and New York with their newly acquired addresses. 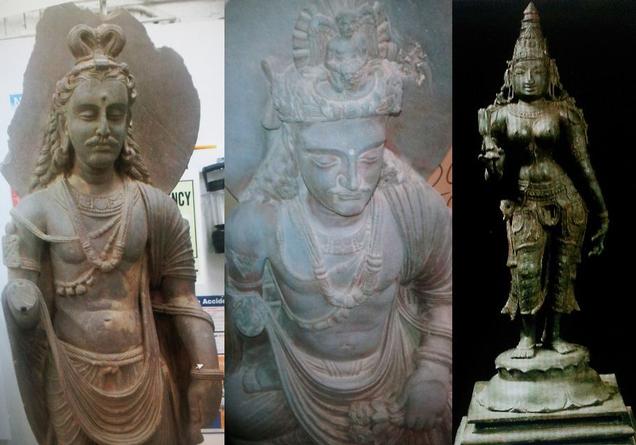 Just to give an idea to the readers about vastness of this illegal operation, I mention here three investigated cases involving smugglers like Kapoor.

1. In 1983, Rajasthan state police arrested one Vaman narayan Ghia, an owner of of a handicrafts shop in Jaipur. His shop was only a front. Actually it was a hub for smuggling operations. 348 sculptures, a dismantled Mughal pavilion and antiquities of all kinds were recovered from his shop. 34 catalogues each of Sotheby’s and Christie’s on Indian and South-East Asian art, along with stolen material, were found in his shop. Ghiya accepted that 700 artifacts from these catalogues, as handled by him.

2. In 2007, Mumbai customs detained a consignment to Kapoor's Nimbus Import-Export Corporation in the U.S. The customs declaration said it contained “marble garden table sets.” However, when the consignment was stopped, they found that it contained Chola period idols, some valued in multiple-millions of dollars. This seizure was very important because here, it appears that Kapoor got careless and made his first ever mistake of getting this consignment sent to his address in New York. When he was called for questioning, he accepted that this shipment was not lawful and just abandoned it. From this point onwards he was being watched by sleuths in New York and in India.

3. In 2009, Mumbai customs seized Shiva-Parvati black sandstone statues from the 15th-century Pal period, said to be worth Rs. 2.5 crore. False export addresses were provided. The artifacts were being exported by one Kishore Bhatt, a close associate of Kapoor and a known hashish smuggler. He however remains a free man in England today.

Here is a list of just a few of the major artifacts, that were stolen and exported and subsequently traced back.

Pathur Nataraja was stolen from TamilNadu in 1976. Resurfaced in British Museum 1982. After long legal battle was returned to India in 1991.

Sivapuram Nataraja bronze, stolen in 1956. The Norton Simon Foundation in the U.S. bought it and planned to display it at the Metropolitan Museum in New York in 1973. After a law suit agreed to return it after displaying it for 10 years to India.

Items seized from Kapoor's “ Art of the Past” gallery include a bronze Nataraja idol, from Suthamalli, Tamil Nadu; an unidentified idol of a goddess; and three idols from the Gandhara-Kushan period , a stunning Ganesha idol, one bodhisattva stone idol, estimated to be worth $12,000; two Indian antiquities worth $15,000 and 22 wooden sculptures worth $328,600.

Stolen antiquities trade today, is a multi-billion-dollar industry with illicit trading widely prevalent and Interpol considers it as menacing as arms and drug trafficking. However, the sadder part of this is the loss of history for the country from which these artifacts get stolen. Recently huge stone sculptures from Cambodia which had disappeared during civil war had resurfaced in New York. Stolen artifacts from Kabul museum are regularly resurfacing in Europe. For rich people of the west and other developed countries, such artifacts could be something to show off their wealth, but for the nation from which these artifacts are stolen in the first place, it is a link to their past and their history.

(This blogpost is based on a number of articles published in The Hindu. All the pictures included are also from The Hindu)