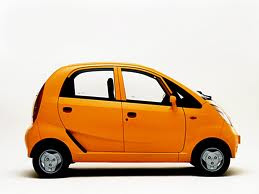 Few years ago, when one of India's biggest conglomerates, the house of Tata's, brought, world's cheapest car “Nano” to the Indian market, they had no idea that they would be starting a new trend, that would be followed up by many other companies making or offering a range of other goods and services in the market.

For last two or three decades, while releasing a new product in Indian market, most of the companies would try to emphasize the fact that their new product was latest or as much good to similar products available abroad. If we consider the spending power of an average Indian consumer, such products were invariably unaffordable to most of the consumers and only such consumers, who were in top income bracket only could afford them. Taking example of motor cars again, except for Maruti 800 car, which was any way produced by a company owned by Indian Government, every other car manufacturer had brought in top of the line cars selling abroad into India, first. This probably established their name in the Indian market, but they could never get into the numbers they always wanted. This situation was somewhat remedied later, when foreign car companies realized their folly and started making smaller and more affordable cars in India and started selling well.

Professor C.K.Prahlad, a non resident Indian, teaching in University of Michigan, USA, first pointed out to this anomaly. He said that in any society, the spending capacity of consumers is pyramid shaped. Consumers with large spending capacity are very few and are at the top of this pyramid and consumers with very limited spending power are in largest numbers at the bottom of this pyramid. According to him, foreign companies in India wasted their time and money by offering products to the consumers, who are on top of this pyramid. On the contrary, if they had concentrated on consumers at the bottom of the pyramid, they could have earned Millions of Dollars.

Mr. Harish Bijur, a management consultant in India, calls this type of marketing, which concentrates on consumers with limited spending capacity, as Robin Hood marketing. The fabled English hero, Robin Hood, was believed to rob the rich English lords and Bishops and distributed their wealth to the poor citizens. Similaraly, if a company takes out its investments and manpower committed in the first place in manufacture of goods or offering services to consumers with unlimited spending power and reinvests or reemploys it for manufacture of goods or for offering services to consumers with very limited spending power, company's sales and profits are likely to multiply because the demand is also likely to increase many folds as the number of consumers of this category is very large.

Most of these consumers with limited spending power actually live in India's villages and smaller towns. The company offering goods and services to this class of customers, has to remember this fact and come up with products that are affordable and are useful to these customers from small towns and villages. Two other companies of the Tata group have taken a lead in offering products to consumers with limited spending power. Tata housing, a company involved in building housing complexes, have announced new schemes, where they would offer smaller and affordable apartments below cost of half a Million Rupees instead of coming up with grandiose schemes, which offer luxury apartments at the cost of 10 or 20 Million Rupees. 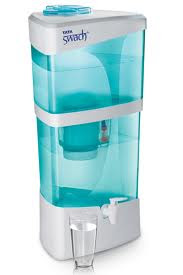 Even International mobile phone companies are offering very cheap but reliable phones for consumers with very limited spending power. For example, telecom major Nokia, offers its simple and straight forward phone along with a prepaid Sim card for just 1200 Rupees or Samsung's new cheap phone that can be charged on solar power, eliminates the charging problems faced by many villagers because of frequent power outages in rural areas. A motor cycle manufacturer, Hero Motors, has increased its sales and service centers in small towns and rural areas from 2000 to 3500 in last 2 years. A company called as “Novatium” has come out with a scheme that offers a computer with broadband connection for Rs. 1200/- per month to its rural consumers. 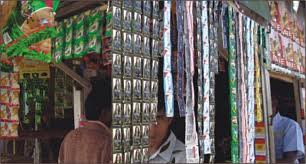 Sachets line up a rural shop

There has been a major change in the way of packaging of packs of ready to eat foods like biscuits and cosmetic products. New small sized biscuit packs, easily affordable to even rural folk or small sachets of oil or shampoo are sold at a price of just a Rupee or two, which again are very affordable.

I think that there has been a negative impact of these marketing strategies on the consumers with large or unlimited spending power now. When such a customer visits shops now, many a times, he is not able to get the products he wants, when the shops are full with merchandise that is cheap and easily affordable. Our high spending power consumer in most of the cases is likely to get annoyed now. But he has no choice but to spend more money and buy imported goods instead, which are very expensive. I have experienced, this kind of irritation myself. When I go for buying groceries, I usually buy a can or a bottle of fruit preserve or a jam spread. Now a days all manufacturers offer small packs, with popular types of jams. If I want to buy a fruit preserve, I have no choice but to buy a bottle of imported fruit preserve, costing at least 3 times. This is the essence of Robin Hood marketing. Make products for the masses, which they can afford. Forget others.

India has signed free trade agreements with number of countries like Thailand or groups of nations like ASEAN. As a result most imported consumer products are now available in the shops. The consumers with high spending power have this alternative now available to them. What they might have to face soon is complete non availability of locally made luxury goods at much lower prices to the imported ones.

Another factor that has helped this change in strategy for Indian manufacturers, is the overall market slump all over the world. Since the total demand itself has gone down, manufacturers are forced to look for new consumers and products that they want. I think that for Indian companies, this is an God sent opportunity to stand firm in the present trend of globalization.

Robin Hood marketing might have given them this opportunity, after all.