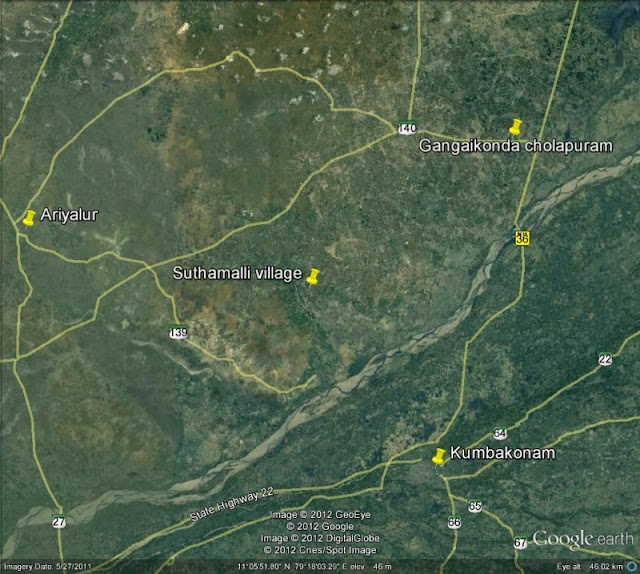 Suthamalli is a small village of about 3000 people in Udyarpalyam Taluk of Ariyalur district in Tamil Nadu state of India. The village is located on the Ariyalur – Kumbhakonam road at a distance of about 25 KM from Ariyalur city and about 30 km south west of well known Gangaikonda Cholapuram, one of the capital cities of the Chola kings. This village had a relatively large Lord Shiva temple, which was known as the Sundaresvara temple. This centuries-old, bat infested temple , off the main road, had become so dilapidated that the shrine had started collapsing. As a result, the temple was abandoned some years ago leaving inside an impressive lingam, surrounded by some broken images as they were. The village temple had 10 bronze icons of considerable value. A few years ago, the bronze icons from this temple, were moved to a smaller Vishnu temple. Though this temple was no better than earlier one from security or structural strength aspects, it offered one advantage. Being located on main road, it could be continuously watched. After keeping the Bronzes inside, the temple was locked and left aside. In 2008, three thieves broke the lock and stole the icons. Before leaving, they re-fixed the lock, so that to any passer by, it would appear that all was well. After two months, when a visiting priest opened the temple, he found the idols missing and informed police. 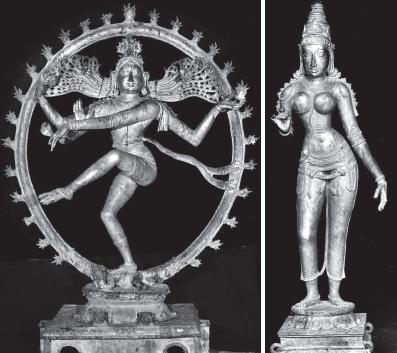 Police were not able to proceed with the case, as no one including the Hindu Religious and Charitable Endowments Department, which manages temples in Tamil Nadu, had any photographs or descriptions of the missing items. So the police did not know what to look for. Unexpectedly help became available from French Institute of Pondicherry (IFP); a research institution, that has been systematically documenting temples in South India and has a database 0f 130,000 photographs of monuments and sculptures, more than half of them from Tamil Nadu. An IFP team had visited Suthamalli some years ago and documented the icons. The police forwarded the photographs to Interpol, who circulated them around the world. Amongst the missing items, there was an 800 year old Nataraja bronze statue.
About an year ago, the Interpol office in Washington D.C sent a communication to it's New Delhi office, which contained two photographs of Natraja icons. One was from Interpol's database of stolen articles, which was sent by Tamil Nadu state police to them couple of years back, and other photograph was of a Nataraja from a New York Gallery. Delhi Interpol forwarded the photos to Tamil Nadu police; who immediately confirmed that both photographs were of the same icon. What clinched the issue was a small inscription on the pedestal of the icon, which read as “ Suthamalli” in Tamil script.
After some detective work, American investigating officers made a significant recovery of a collection of antiques from Asia, including bronzes of Siva and Parvati valued around $ 8.5 million, from the storage facilities of one Subhash Chandra Kapoor, accused of trafficking in ancient idols from India over an extended period. This accused person was earlier arrested in Germany and brought to India on July 13 2012 and is in a judicial custody in Tamil Nadu at present. Among the idols found, there are two stolen idols of Nataraja, one of Siva in the form of Sundaresvara, one of Parvati and of Sivakamasundari, Siva’s consorts; besides idols of Saivite saints and of Murugan. The Shiva and Pavati idols from the villages Suthamalli and Sripuranthan in Tamil Nadu are datable to the Chola period. 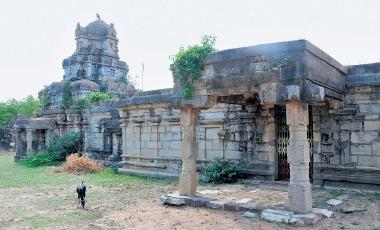 Meanwhile, a chance arrest by Indian police of two petty thieves in an unconnected case, revealed some details of the Suthamalli theft. The subsequent investigations led to one Sanjivi Asokan, an art dealer in Chennai, who has been identified by the police as the mastermind behind the crime. This person arranged to hire thieves, who actually stole the icons and then arranged transport of some items to Chennai by truck and took rest of items himself to Pondicherry. The idols that reached Chennai, were mixed by him with newly made handicrafts and shipped to Hong Kong and subsequently to New York. The idols stolen from Sripuranthan were sent out through the Chennai port to ‘Nimbus imports, Exports inc at New York as directed by Subash Kapoor’ in 2006. Police have also traced an transfer of 11.6 Million Ruppes from Subhash Chandra Kapoor's account in New York to that of Sanjeevi Asokan's account in Chennai. Police now also claim that this Asokan has now confessed to the crime and also the involvement of Subhash Chandra Kapoor of New York.
Subhash Chandra Kapoor was a second-generation art dealer. He moved to the U.S. in the 1970s. He set up a gallery on Madison avenue, New York called as ‘Art of the Past.’ He appears to have sold artefacts to reputed museums in US. He has ben described by the Birmingham Museum of Art as a “patron of arts” and also as “an advisor to many important collectors.”

Rick St. Hilaire, an attorney and adjunct professor who specialises in cultural property law, confirms that “Kapoor is the owner of the Art of the Past, Inc. gallery in Manhattan as well as Nimbus Import Export, a corporation formed on August 17, 2005 and bearing the same address as Art of the Past according to New York Department of State records.” This gallery, once claimed that the gallery “has sold to some of the most celebrated public and private collections in the world.” To achieve credibility, Kapoor actually gifted 44 Indian art objects to the Toledo Museum of Art, which include a 5th century, Gupta period terracotta figure of Seated Mother, and a 2000-year-old Mithuna Plaque. The annual report of this museum for 2007-2008 confirms this.
It is now hoped that the investigations would reach their logical conclusions and the Suthamalli Nataraja would soon return to India and be preserved in a museum.
(Based on a news story in The Hindu)
4th August 2012
at 8:11 AM