A peep inside Desi (Indianized) Starbucks 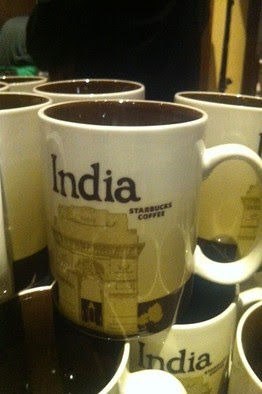 About three weeks back, India took one more step towards globalization of Indian consumers. Sometime last year, Government of India had announced that single brand retail stores even with 100 % foreign ownership can be opened in India with fully protecting their brand name and expertise. Some fashion brands and boutiques had opened their shops in posh areas of mega cities like Mumbai and Delhi. However no big ticket brand had so far come to India. This has changed now with opening of the first 'Starbucks' cafe in Mumbai. Any person, who has visited or stayed in any part of developed world, would always know about Starbucks. Such is the popularity of this global brand.

Starbucks is so sure about its brand image that they have not bothered about taking 100% ownership in the new venture. They have rather taken a 50% partnership along with one of India's biggest industrial conglomerate, house of Tata's, who already have interests in coffee retailing as well as running coffee house chains. 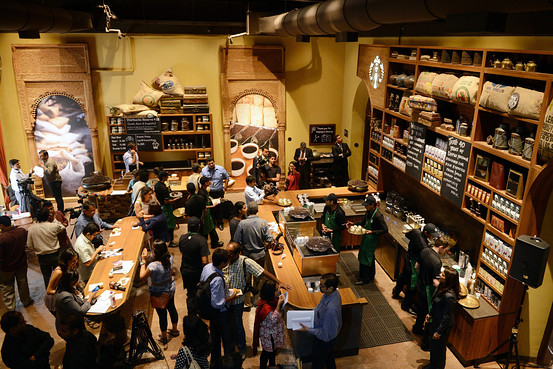 So how does one feel to go to a Starbucks in India? From the reactions of the crowd that seems to be eager to enjoy Starbucks experience and does not mind waiting outside, just to enter the cafe, the new venture appears to have started with a bang. India's first Starbucks has opened its doors from a 4500 square foot place set over two floors in the historic Horniman Circle, a commercial neighborhood set around a park in the heart of South Mumbai. And the lines outside the gates only seem to get longer and longer particularly on weekends. No one is particularly bothered about the wait as they are not here to just grab a coffee and run. They are here to feel the Starbucks experience. Almost every table is packed with college students, who want to seen this place and want to be seen. Nobody is in a rush.

What about the menu? To succeed in Indian market, adoption to Indian tastes is a must for any foreign food product brand or an eatery. If you go to any international brand eatery like KFC, McDonald's or Pizza hut in India and study their menus, the first thing that strikes is its complete adaptation to Indian tastes. Then how Starbucks has coped up with this? It appears that they have studied the market well before entering, at least the menu suggests that. In India, many communities are totally vegetarian. They would not even touch an egg. Starbucks has special counters for this purpose. The food is segregated into vegetarian and non-vegetarian counters. There also are separate ovens for the two. 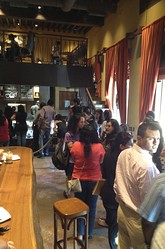 The drinks menu is reported to be mostly international. Starbucks is using coffees sourced and roasted locally. All their specialty drinks like “Caramel Frappuccino,” or “Chai Tea Latte” are available. Though I doubt, how acceptable would be “Chai Tea” because in India Tea is known as Chai only.

Starbucks has come out with really special veggie dishes for India. They have “Chatpata Paratha Wrap” or Indian flat bread filled with spring onions, cheese, pepper and chaat masala or a char-grilled sliced potato and pepper in a ciabatta sandwich, which is Starbucks equivalent to Indian “ Vada pav.” Along with international favourites like Blueberry muffins and double chocolate muffin, Starbucks is offering a croissant with cardamom and mawa ( a milk-based sweet) and is called as Elaichi Mawa Croissant.

For the meat lovers, there is a sandwich filled with chicken patties known as “Murg tikka panini” or a Calzone ( Italian folded over dough) spiced with tamarind and is being called as “Tamarind Peanut Chicken Calzone” or a mutton puff called “Konkani Twist”

In short they have made a real effort to adopt their menu to Indian tastes. However Indian clientele is very choosy and looks for value of money. As long as, to be seen in Starbucks, is considered as some kind of status symbol, there would be huge crowds at these cafes. But to sustain the clientele over a long run, Starbucks would have to provide value for money. If they do that they are likely to be as successful as other International brands like McDonald’s or Pizza hut in India.