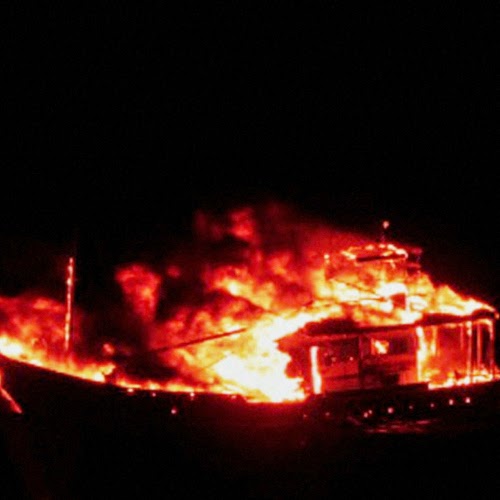 Most of the Indian readers of my blog, must have read when they were kids, the story of a tortoise and two geese from Panchatantra ( Five Principles or Techniques). This book, based on older oral traditions, is believed to have been composed around the 3rd century BCE by one Vishnu Sharma. The book is a collection of interrelated animal fables in verse and prose, arranged within a frame story. The same story of a tortoise and two geese also appears as a Buddhist Jataka tale too, though with a slight variation. 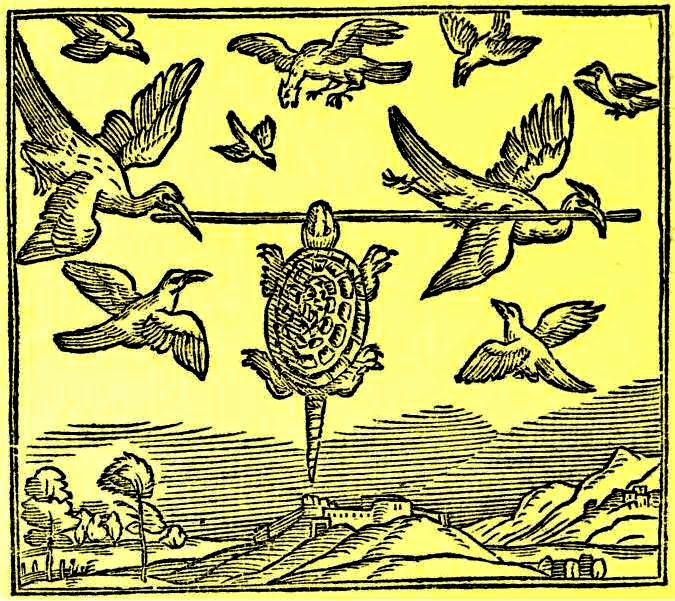 According to this story, a tortoise living in a lake had become friendly with two geese. Because of a drought, the lake had began to dry up. Pitying the future suffering of their friend the tortoise, the geese suggest they fly off with her to their home in the Himalayas. They would hold a stick in their beaks while the tortoise would grasp it in his mouth, but he must be careful not to talk. The tortoise, who is very talkative by nature, agrees to this condition and on the stipulated day, three of them fly off to Himalayas. As they flew by, children playing below see them and start making fun of them, because of the strange sight. On hearing the comments of the children below, the tortoise becomes very angry and opens her mouth to tell the children to mind their own business. The moment it does that, it falls down on the ground, after which she is found, cut up and eaten. Moral of the story is that the tortoise spoiled everything good that was happening to her, as a result of talking, when not required.

I am much reminded of this story after reading about how a Deputy Inspector General of the Indian Coast Guard , BK Loshali, has managed to put his foot in his mouth by boasting about something with which he was neither connected, concerned or responsible.

It all began on December 31, 2014 when Indian coast guard received some intelligence inputs about a fishing boat that left from Keti Bunder near Karachi in Pakistan, suspected of planning some illicit transaction in the Arabian Sea. The boat headed to open sea first but soon changed its course and entered India's maritime boundary towards Porbandar on Gujarat coast. A coast guard ship warned the suspicious vessel to stop for further investigation of the crew and cargo; however, the boat increased its speed and attempted to flee the maritime boundary of India. The coast guards operation continued for nearly one hour and the Coast Guard ship managed to stop the fishing boat after firing warning shots. However, the four persons on board, disregarded warning shots from the Coast Guard and tried to hide themselves in the lower deck of the vessel; thereafter they set the boat on fire, which resulted in an explosion. Ultimately, the boat burnt and sank in the early hours of January 1, including all the people on board who could not be saved or recovered.

There was much relief in India as it was suspected that the boat probably carried explosives for use in some kind of terrorist activities and every one appreciated the alertness and efficiency shown by coast guard. The matter was soon forgotten.

Last week, one of India's major newspaper; The Indian Express broke a story in which an officer of coast guard, B.K. Loshali was reported claiming that he ordered the boat to be destroyed. He was quoted as saying, “Blow the boat off…We don’t want to serve them biryani…”.

Later the news service released a video, which showed the officer beginning his speech by saying that he has been given a text, but he will speak from his heart and added: “I hope you remember 31st December night… we blew off that Pakistan… We have blown them off… I was there at Gandhinagar and I told at night, blow the boat off. We don’t want to serve them biryani…”.

As all major media played the story, it soon became a major embarrassment for the Government as the officer was a senior officer holding a post of Chief of Staff (North West Region), Coast Guard, Gandhinagar, Gujarat. Defence minister of India himself had to come to rescue of the Government and reiterate the official version that the boat’s crew had set itself on fire, 365 miles off Porbandar after it was hotly pursued by a Coast Guard team. He also had promptly added that he will order an enquiry into the comments made by DIG Loshali deemed act of indiscipline. Coast guard also confirmed that the officer was not even heading this operation and was not privy to all the information.

This was however not enough to quench the storm in the media, which was thirsty for some solid evidence to corroborate what Government was saying. That evidence came in form of a 4 minute video strip released by coast guard by week end. The video clearly shows the boat quite intact as a fire raged abroad. There was neither a break up of the ship as a result of any impact of a missile or a torpedo nor the boat had sank because of any hit. In fact the boat burned for several hours before it was consumed by the sea. 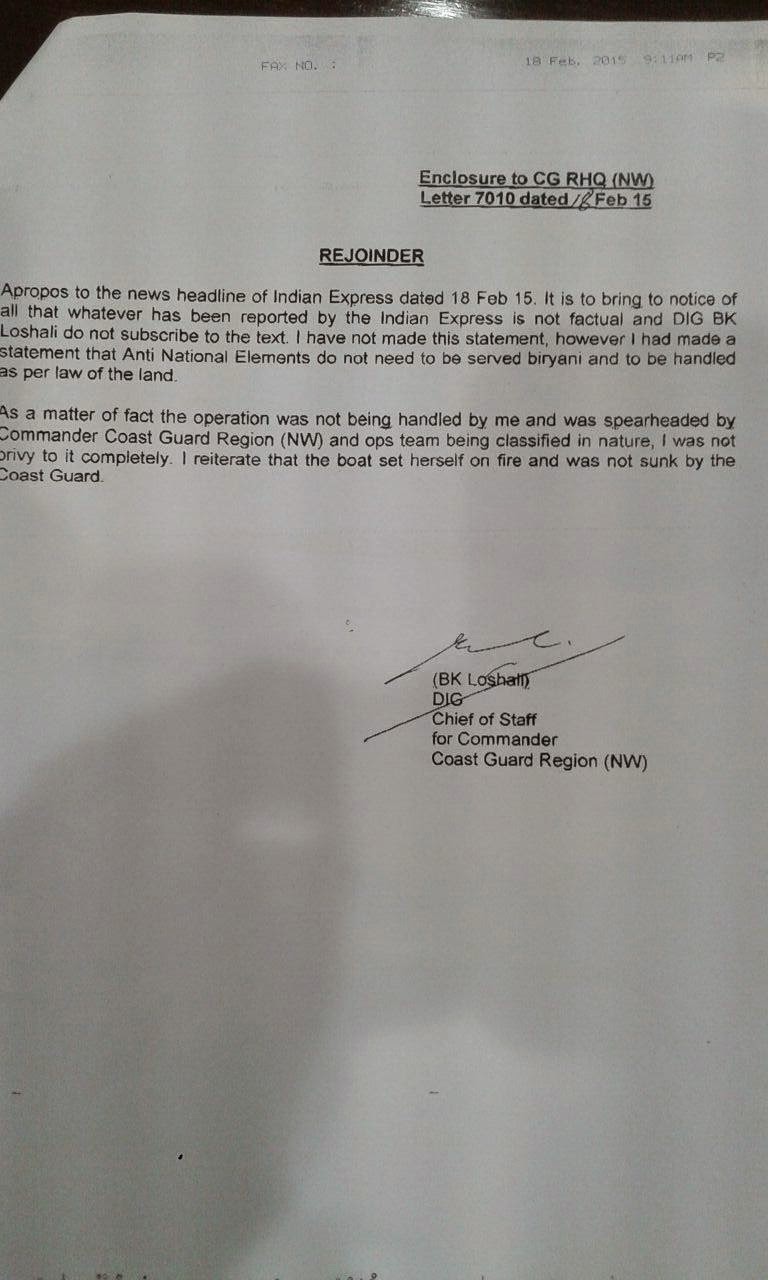 Worried by the enquiry, he was likely to face and the flutter he had created in India's defence establishment, Loshali issued a statement denying the Indian Express report. He confirmed that he was not heading the operation and was not privy to all the information. He reiterated the government's line in the statement that the boat set herself on fire and was not struck by the Coast Guard. However he acknowledged saying that anti-national elements shouldn't be served biryani.

The coast guard however, have not found Loshali's explanation acceptable and have ordered a court of enquiry. The officer is very much likely to face a dismissal for his bragging and casting a shadow of suspicion on Coast Guard. No one can really help him now as his fate appears sealed just like that of the Tortoise from Panchatantra.