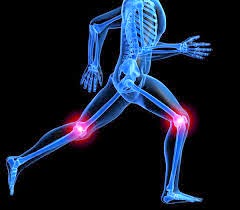 Every evening, it has become a routine for me to visit a local sports club, where number of senior citizens like me get together. After a brisk walk on the jogging track, we all settle down in deck chairs in a circle and chat for an hour or so. One of the commonest topic is about the knee or the joint pain, because many of the fellow senior citizens seem to suffer from this ailment. Making rounds these days also is an Ayurvedic formulation (Ayurvedic formulations do not require Doctor's prescriptions in India and are freely available over the counter) that has become extremely popular among the sufferers, because it somehow relieves pain in the joints, particularly knee joint pain.

I was quite surprised other day to find out that a fair percentage of knee pain sufferers were suggested whole knee replacements as a final solution to their problems. Knee replacement is quite an expensive treatment that involves operating upon. With the escalating costs of medicare today, it is no wonder that senior citizens, who have a fixed and limited income find it very hard to undertake this treatment. This Ayurvedic formulation has turned out to be real solace for them. This naturally brings up a question, are Doctors prescribing expensive operating procedures, when the patient does not really need it or can do without? According to a recent study done four months ago, orthopaedic surgeons in the United States were accused of overdoing total knee replacement surgeries by almost a third. The problem therefore does not seem to be restricted to India alone.

MediAngels is an organization owned by a surgeon; Dr Debraj Shome, based in Navi Mumbai. They specialize in giving second opinions to patients, who have been already suggested some line of treatment including surgical operations. Recently they came out with a report based on their first 20,000 consultations done by them over the past two years and report that out of the total number of patients, who consulted them about knee problems as many as 48% were advised "unnecessary surgeries" and total knee replacements by their primary doctors, when they need not have to do it.

MediAngels says that in case of cardiac patients, the figures are even worst. Out of the patients advised with cardiac surgery or stenting procedure, as many as 55% did not need it, according to their experts. I remember a case of one of my friends, who went for a routine medical check up. He was advised to see a cardiac specialist, who suggested that he should undergo cardiac angiography to find out if there are any blocked arteries. During the procedure, the surgeon reported to his wife and next of kin that he has several blockages and is in immediate need of angioplasty. Under pressure they consented and the end result was a huge bill, which even insurance company refused to pay. Another relative of mine was asked to get angiography done about 10 years back and was given an estimate of Rs. 15000/-. However, when he was on operating table, his wife was told that more extensive procedure is needed to be done, to which she naturally consented. End result was that the bill grossed up to Rs. 37000/- 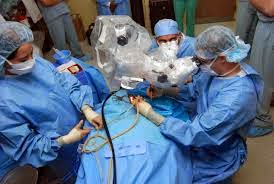 The main problem here is that the patients, who have no knowledge of their real condition are advised by the Doctors and in most cases patients, afraid for their life, agree without taking any second opinion. According to a report published in TOI, a World Bank document published in July 2014 concludes that 'medical overuse' is emerging as a serious issue in India, especially as more people can afford to pay for medical interventions due to increasing access to insurance cover. The report says; "Individuals in India with private voluntary health insurance are two to three times more likely to be hospitalized than the national average. Many of these interventions deliver only marginal benefits and can actually harm the patients, leading to unnecessary suffering, especially among the frail and elderly. "

Mediangels report also points out that 47% of cancer patients, who came to them, did not require cancer surgery recommended to them and 45% of patients undergoing infertility treatment never required it. In case of women, 48% were suggested hysterectomies, but actually did not needed it.

The data may appear shocking to many people, but the way medical profession in India is getting transformed to a money making machine, it is no surprise. Besides most people these days have some kind of medical insurance and are not too much worried about paying the bills.

The time has come for the medical council of India to do something about the problem. Perhaps compulsory second opinion from an empowered panel of Doctors could be a way out. But what do we lay people do? Perhaps maintaining good moderate lifestyle with plenty of exercise, may prove to be the key.