What is science? The word has originated from the Latin word scientia, meaning knowledge. Wikipedia defines it as a systematic enterprise that builds and organizes knowledge in the form of testable explanations and predictions about nature and the universe. In an older and closely related meaning, "science" also refers to a body of knowledge itself, of the type that can be rationally explained and reliably applied.

The keywords here are “testable explanations and predictions about nature and the universe.” This means that any theory can be considered as scientific if it is testable. It is quite possible that we may not have means of testing a particular theory with us at present, but the theory still remains scientific because sometime in future, when test apparatus is available, the theory would be testable. Theory pertaining to Higg's particle, proposed by Prof Higgs in 1960's can be be considered as one of the best example. His theory could be tested only in 2013, 53 years after it was proposed.

In medieval period, the border between scientific thought and philosophy was often blurred, In fact, until the 17th century, natural philosophy (which is today called "natural science") was considered a separate branch of philosophy in the West. In this period there was not much difference between a Philosophist or a Scientist. Later or during the early modern period, the words "science" and "philosophy of nature" were sometimes used interchangeably.Readers may not believe but my grandfather, who did his masters in physics at the beginning of twentieth century was awarded a degree of "Master of Arts with Science."

Last week-end, a national annual get-together of top scientists from India, was held in Mumbai. The yearly gathering is called as Indian Science Congress and as is the practise, was inaugurated by the Prime Minister of India even this year. With the kind of importance and publicity given to the meeting, any one would have expected the deliberations at various sessions of the congress to be of cutting edge areas and above all, based on pure scientific thought. 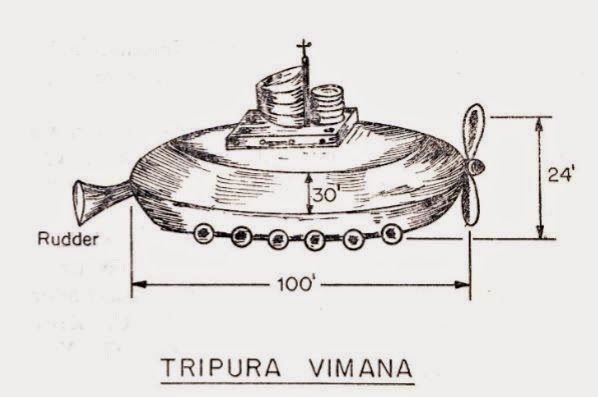 A controversial paper was presented at the meeting by Captain Anand Bodas and Ameya Jadhav about “Ancient aviation in India.” The paper, quoting a Vedic Rishi- Maharshi Bharadwaja, says;

“Ancient Aviation in India, as described by Great sage or Maharshi Bharadwaja, was more advanced than modern day technology. The knowledge of aeronautics is described in Sanskrit in 100 sections, eight chapters, 500 principles and 3,000 verses. In the modern day, only 100 principles are available," 7,000 years ago "aeroplanes which travel from one country to another, one continent to another and one planet to another. Great Sage also mentions 97 reference books for aviation."

From all descriptions appearing in various Sanskrit literature, I have no doubt in my mind that Maharshi Bharadwaja was an exceptionally brilliant and accomplished scholar of highest ranking. He appears to have had great thirst for pure knowledge and a scientific mind. There is no need to question purity of his thought. Still, I feel that the best way in which he can be described would be call him as a natural Philosophist of ancient times, rather than a scientist. 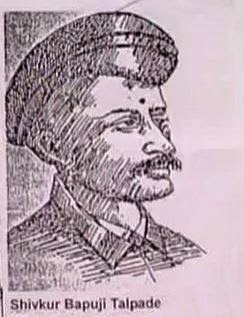 Let us now turn to historic past. There is only one recorded instance, when someone in India, tried to build a flying machine in India based on Vedic mantras. Shivkar Bapuji Talpade from Mumbai, actually made a flying machine and flew it in 1895. One of Talpade's students, P Satwelkar, has chronicled that his craft called 'Marutsakha'(Friend of the Winds) flew unmanned for a few minutes and came down. No one knows how he powered his plane, but it is believed that he used the principle of solar energy combined with mercury to do that job, which according to some experts is similar to a “Mercury Vortex Ion thruster propulsion' developed in 1970's. An ion propulsion system converts power from any source such as solar in this case, into the kinetic energy of an ionized gas jet. That jet, as it exits the craft, propels it in the opposite direction. Dr. Harold Kaufman, now retired from NASA, designed and built the first broad-beam electron-bombardment ion engine in 1959 using mercury as fuel. This fact certainly gives credibility to Talpade's flying machine. Though doubts remain whether it was an aircraft in conventional sense or a rocket like craft.

Wikipedia says and I quote:

“According to K.R.N. Swamy "a curious scholarly audience headed by a famous Indian judge and a nationalist, Mahadeva Govinda Ranade and H H Sayaji Rao Gaekwad, respectively, had the good fortune to see the unmanned aircraft named as ‘Marutsakthi’ take off, fly to a height of 1500 feet and then fall down to earth". The presence of Mahadev Govind Ranade and Sayajirao Gaekwad III during the flight is also cited in "Annals of the Bhandarkar Oriental Research Institute. A former Indian defense officer stated in 2004 that Marutsakhā failed to operate to its full design limits due to technical reasons.” After the experiment, Marutsakhā apparently was stored at Talpade's house until well after his death. Velakara quotes one of Talpade's nieces, Roshan Talpade, as saying the family used to sit in the aircraft's frame and imagine they were flying. A model reconstruction of Marutsakhā was exhibited at an exhibition on aviation at Vile Parle, and Hindustan Aeronautics Limited has preserved documents relating to the experiment.” 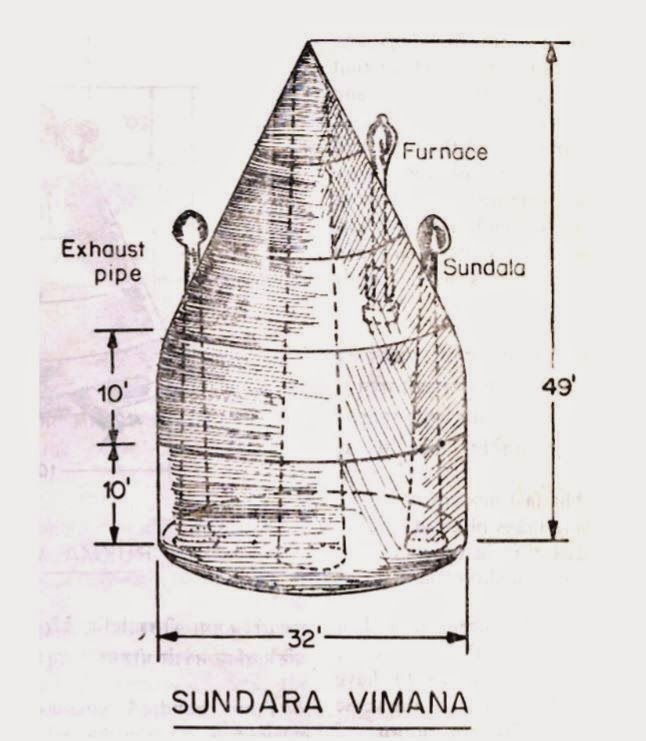 Except for Talpade's experiment, we have no other instance known of any other flying machine built on Vedic principles in India. Presentation of this scientific paper at Indian Science Congress about great Sage's theories on aeronautics, therefore appears to me a tall order indeed, when no specific details of any kind are available of any of the flying machines enumerated by the sage in his works. This paper should have been presented rather at some conference on oriental studies, where it would have been in proper order of things. 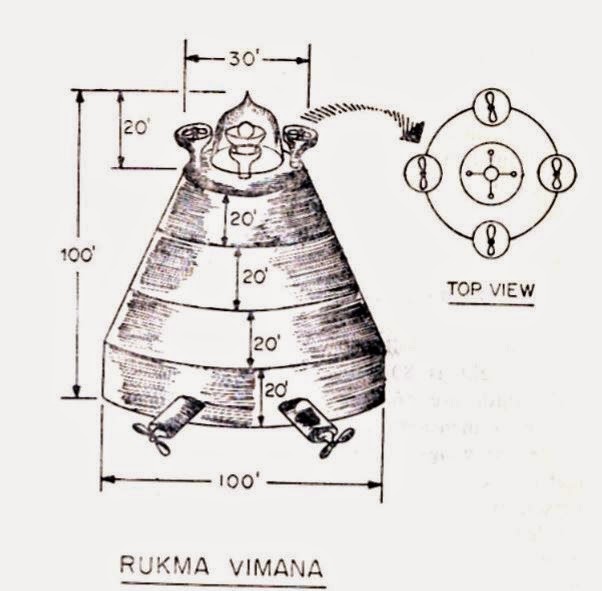 There is a valid reason for my saying this. A research paper titled as “A Critical Study of the work “Vymanika Shastra” authored by H.S. Mukunda, S.M. Deshpande and others from Indian Institute of Science, Bengaluru, was published in 1974. The book “Vymanika Shastra” or Science of Aeronautics, along with another book titled as “Brihad Vimana Shastra” by Shri Bramhamuni Parivrajaka ( published in the year 1959), according to authors of this paper, contain verses in Sanskrit, describing aircraft, with their Hindi translations. These books contain verses which according to their texts, are supposed to form only part (about a fortieth) of “Yantra Sarvaswa” by sage Bharadwaja, which is devoted to a summary of the work on Vimana Vigyana (aeronautics) by a number of other sages and is said to be for the benefit of all
mankind.

After a detailed and critical analysis of the books and the flying machines described therein, the authors of this research paper conclude;

“ Any reader by now would have concluded the obvious that the planes described above (in the report) are at the best poor concoctions rather than expressions of something real. None of the planes has properties or capabilities of being flown the geometrics are unimaginably horrendous from the point of view of flying; and the principles of propulsion make them resist rather than assist flying.” 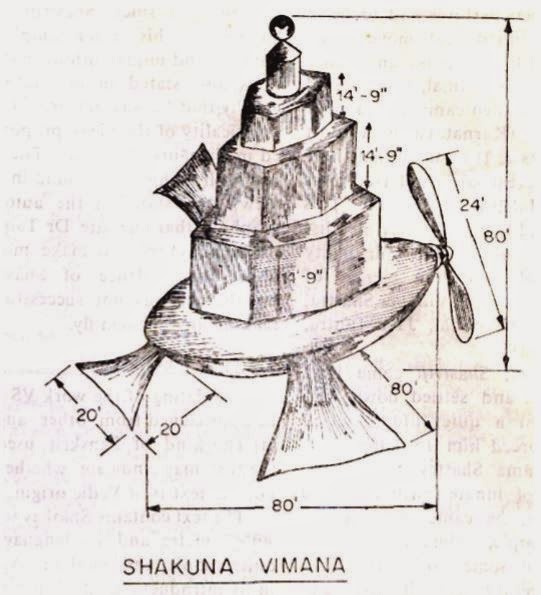 I had the privilege of knowing one of the authors of this paper; Dr. S.M Deshapande, rather closely; when he was studying for his masters degree at the Indian Institute of Science, Bengaluru, many decades ago. He is now considered as an authority in Aeronautical Engineering in India and I have no hesitation in believing, what he has concluded in above report.

However, the point I am trying to make here is not about, whether ancient Indians from Vedic periods had the capabilities to make flying machines or not. It is better to leave that to experts. My contention here is whether Indian Science Congress is the right platform for such kind of claims, for which no experimental verification to prove them conclusively is possible today or any time in future for lack of sufficient and enough knowledge about them.

Another small observation; The paper read at science congress says that 7,000 years ago, ancient people made aeroplanes, which travelled from one country to another, one continent to another and one planet to another. 7000 years ago, works out to 5000 BCE; the period when even Indus-Sarswati culture had not developed, leave alone Vedic culture, which developed much later around 1200 BCE. At this period of time inhabitants in Indian subcontinent had just come out of hunter-gatherer stage and were setting up small habitats like at Mehrgarh, currently in Balochistan, Pakistan.

Presentation of this or such papers at Indian Science congress appears to me as odd and even embarrassing for the Indian scientific community in general. I can only hope that the organizers would be more careful in future.