Expansionism not in Chinese DNA 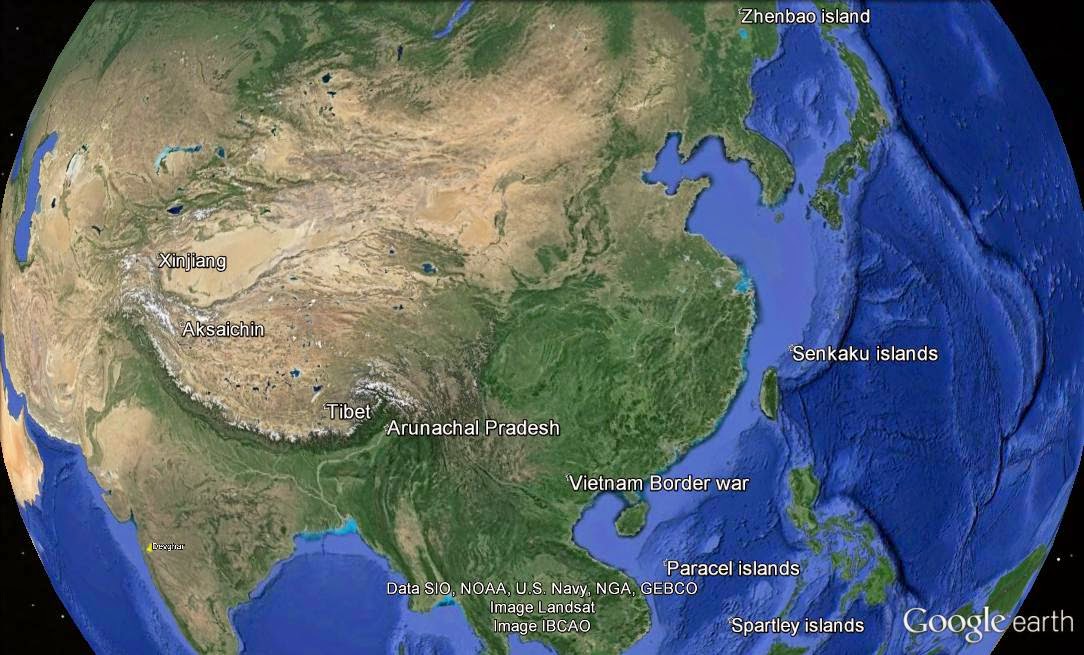 I get an impression that the Chinese premier Li Keqiang is a good-natured, jovial person, who likes to say nice things about everyone, that some might even term as funny. Li is visiting Great Britain at present and has been reported to have told the reporters in London:

"Expansion is not in the Chinese DNA, nor can we accept the logic that a strong country is bound to become hegemonic,"

I find this statement quite impossible to comprehend so I have to assume that he must have said it as a joke. The statement compares well to if Nazi Germany would have ever told others that theirs is a peaceful country, not interested in any aggregation as such. Let us delve into some bits of history and see what I mean.

The present Government on the Chinese mainland. came into power on October 1 1949, when after a near complete victory by the Communist Party of China (CPC) in the Chinese Civil War, Mao Zedong proclaimed the People's Republic of China (PRC) from atop Tiananmen.

In the same year (1949), communists made their first move towards expansionism, when victorious Chinese Communists entered western region of Xinjiang and annexed it. The region was earlier known as “Second East Turkistan Republic” at that time and was ruled by several warlords supported by Soviet Russia.

The next item on the time table of Chinese leaders was Tibet, which at that time was ruled independently by the Dalai Lama. For China, the main hurdle in taking over Tibet at that time was India as it had several operational treaties with Tibet, under which military escorts were stationed in Tibet. The postal, telephone and telegraph services in Tibet were also totally handled by India. There was also A small garrison of around 200 Indian soldiers established in Lhasa to protect Indian strategic interests in Tibet, which included many properties. Chinese played very clever moves and pursued India to sign a treaty in 1954. By this treaty, India unambiguously accepted Tibet as integral part of China and surrendered all extraterritorial rights in Tibet. Conclusion of this treaty by India with China to accept the full sovereignty of China over Tibet without any preconditions is considered by many historians as the biggest error of judgment on part of India's Nehru Government. The treaty however opened the gates of further expansionism for the communist regime in China. Chinese annexation of Tibet was complete, when Dalai lama fled to India in March 1959. Tibet now became the Tibet autonomous region of China.

Those of the readers, who are not very familiar with the geography of the region, may find in interesting to note that between these two Chinese autonomous regions of Xinjiang and Tibet, lay a region known as Aksaichin, which belonged to India. Aksaichin covers an area of about 37,244 square kilometres (14,380 sq mi).The area is largely a vast high-altitude desert with no habitation and is mostly desolate. China's military planners needed a road between Xinjiang and Tibet for swift movement of military across the region. Around 1955, Chinese surveyors began surveying for a road in Aksaichin, without knowledge of Indian Government. When Indians found this out and took action, it was too late. Chinese had already established full military control over Aksaichin and when Indians started resisting them, Chinese fought a border war in 1962 and defeated the Indians comprehensively and completely. As things stand today, this region is in illegal possession of China along with additional areas in Ladakh, which form the gateways to Aksaichin from India.

In 1947, Pakistani forces made an effort to snatch the state of Jammu and Kashmir from India by military means. Pakistanis still continue to have possession of the northern part of this state because of an another mistake by Nehru Government, that of taking the dispute to United Nations. From this occupied region, Pakistan illegally ceded 5,180 sq km of Indian territory to China in 1963 in the Shaksgam Valley under a bilateral boundary agreement that India does not recognise. Taking the areas under Chinese occupation belonging to India to almost 43000 square kilometers.

After illegal occupation of Aksaichin area, China had realised that eventually they would have to come to a negotiating table with India and sign an agreement. To make the future agreement look like a balanced give and take negotiation, Chinese again played a very clever move in 1950's when they staked their claim to about 96,000 sq km of Indian territory in the eastern state of Arunachal Pradesh, which Chinese call as Southern Tibet. A clearly marked boundary line existed here known as Mcmohan Line and no previous border dispute was ever known here. 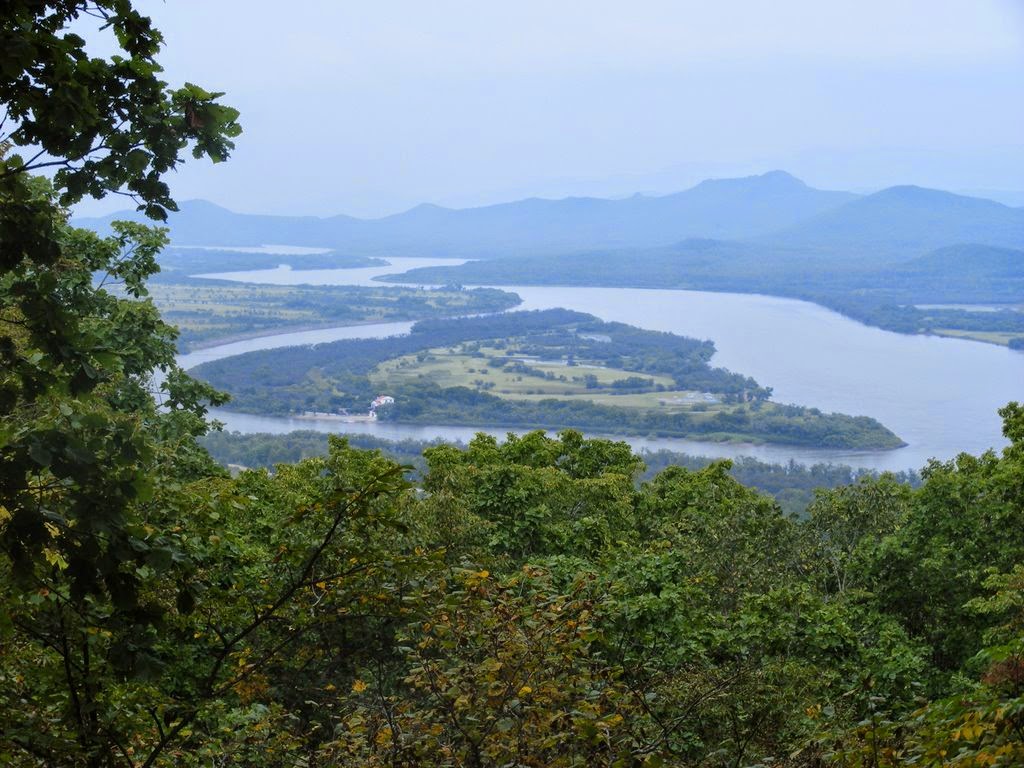 Leaving the border with India, let us move northeast to the border areas between China and erstwhile Soviet Russia near Ussuri River. This river forms the border between the two countries here. The border conflict centered here on a small island measuring just 0.74 square kilometers, known as Zhenbao island, which was attacked by Chinese in March 1959. The conflict ended after a fortnight with Russians managing to push back the Chinese. However the conflict was resolved finally in 2004 with China gaining many small islands including Zhenbao island in the river as part of its territory.

Next let us move to China-Vietnam border. In 1979, Chinese armed forces had launched a full scale attack on Vietnam to punish it for crushing the Khmer Rouge regime in Cambodia. There was no land dispute and the Chinese retracted their army after gaining over some Vietnamese cities. The battle scars however still remain and are now showing up as China and Vietnam are once again embroiled in a dispute over controlling South China Sea.

Perhaps the biggest expansionist claim made by Chinese was in South China Sea. In 1949, Chinese premier Zhou Enlai announced an imaginary dashed line with 9 dashes which enclosed about 90 percent of the 3.5 million square kilometers of South China Sea as part of China. A territorial claim was made by Chinese for the area of the South China Sea, falling within the 9- dashed line, to the UN on May 7, 2009. Vietnam and Malaysia filed their joint protest a day after. Indonesia also registered its protest, even though it did not have a claim on the South China Sea. The dispute continues to simmer even to date. In a latest incident, Chinese have moved a drilling rig within areas claimed by Vietnam for oil exploration.

China and Japan are involved into a a dispute over Senkaku Islands in East China sea. The islands are uninhabited but following the discovery of potential undersea oil reserves in 1968 in this area and the 1971 transfer of administrative control of the islands from the United States to Japan, the latter's sovereignty over the territory is now claimed by China. Tension continues to simmer here too.

Given this history and all those claims and disputes, if the Chinese premier Li Keqiang still wants to say that expansionism is not in Chinese DNA, what can we say, but to call him an incredibly funny man? Perhaps the non expansionist DNA was mutated by Communist rule. But he goes even further and says that China is determined to prevent the regional situation from getting out of control, to uphold order and stability and bring the issue of South China Sea back on track. Wow!