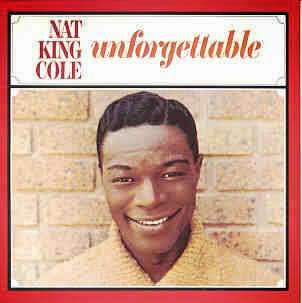 This week we feature a popular track; 'Unforgettable,' that was first recorded by Nat King Cole first in 1951 as a solo performance.

The song was remixed in 1991 to create a duet with Nat King Cole's daughter, Natalie. This version became so popular that it won three awards at the Grammy Awards of 1992: Song of the Year, Record of the Year and Best Traditional Pop Vocal Performance. Let us hear the solo version first.

Here is the re-mixed version with Natalie, his daughter.


If you can not see the embedded video on your android devices, here is the link. http://youtu.be/S1UEzL9poPM You can also copy and paste the link in your You Tube App. If that also does not work, search You tube, Unforgettable, NatKing Cole, Natalie King Cole