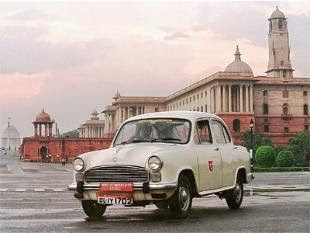 Bad news is always painful, even when you knew that it is coming and is inevitable; like demise of a long ailing friend. News has now come that the good old Ambassador car would no longer be produced by Hindustan Motors Ltd. Their official announcement giving reasons for closure of the plant making these cars says "worsening conditions at its Uttarpara plant which include very low productivity, growing indiscipline, critical shortage of funds, lack of demand for its core product the Ambassador and large accumulation of liabilities. The suspension of work will enable the company in restricting mounting liabilities and restructure its organisation and finances and bring in a situation conducive to reopening of the plant."

This car, based on design of Morris Oxford car, first went into production in 1957 and the design has not been changed much. The car design is a far cry from cars of other make, available in India today and all the experts and analysts agree that the Ambassador has no chances of any revival. In the year ending in march 2014, the company had managed to produce only 2200 cars, a figure that can hardly sustain any car manufacturing plant. Simply saying, Ambassador car has come to an end of its production cycle, having been hopelessly outpaced by its modern cousins coming from Toyata, Suzuki, Honda, Volkswagen and Tata Motors. 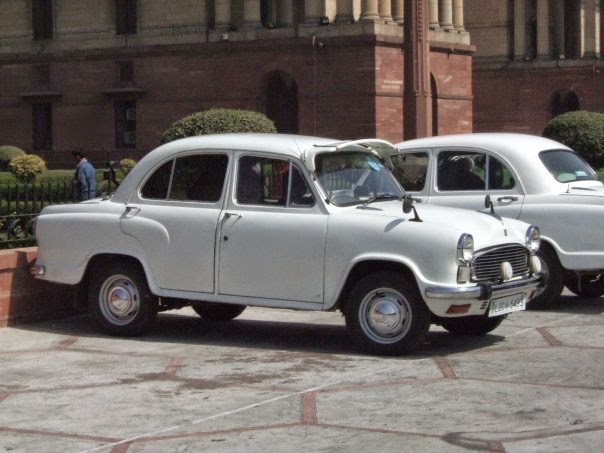 But for people like me, who have used an Ambassador for most of their active professional years, nostalgia of this car would linger in our minds for any number of years. I bought my first Ambassador in the year 1977. Even by today's standards, it was a macho car with its rugged body and 1.4 liter gasolene engine. It was extremely comfortable, particularly if one had a chauffeur to drive it. That is why most of the Government officials and corporate bosses used it then. The car ran really well. I remember having driven it around 140 Km/hr speed on highways with car remaining rock steady even at that speed.

My association with Ambassador however got little closer in 1986. In that year, there was an industrial exhibition that was held in Mumbai. I had taken a stall in it to display some inspection gadgets, which I used to manufacture then. The only other major automobile manufacturer of those times in India, who manufactured Fiat 1100 cars under his brand name, was already my customer. During this exhibition, some people from Hindustan motors came to see my stall and what I was manufacturing. They must have been apparently impressed, because after about a month, one of their top engineers, visiting Pune, called me and visited my factory. Sometime later, I received a call from a friend, doing business with Hindustan Motors ltd., saying that Hindustan Motors wanted me to visit their plant in Uttarpara on outskirts of Kolkata city. There was neither any official communication nor any indication of likely business. I decided to take a chance and left for Kolkata. 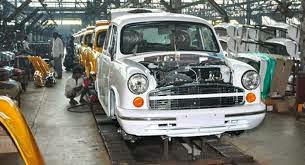 Next morning, I visited their plant. The engineer, who had visited my factory in Pune, told me that they have not not invited me all the way to Uttarpara just to discuss my products. They have decided to buy what I was producing. After usual negotiations, I got the final order. After the commercial transactions were over, I was offered to visit their plant. My only previous experience about car manufacturing plants was the Mumbai factory that made Fiat 1100 cars. The skeletal assembly line and other manufacturing sheds however did not make a good impression on me.

Even then, what I saw in Uttarpara really had shocked me. Almost all the machinery was age old. There was no automation of any kind and the cars were moved forward on hand carts. Working conditions were also not very good. Since that day, I have often wondered how those guys managed to produce such reliable cars with that old machinery and lack of any automation. The simple reason for that perhaps was that the staff and workers working there were really proficient and dedicated in their work. 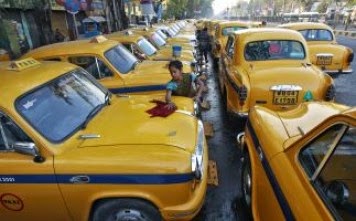 My visit to Uttarpara was in 1986; that means for 28 more years that plant has kept making the Ambassador car, which must have been a record of some sorts. Uttarpara plant was perhaps a classic example of frugal engineering; so much being talked about now-a-days.

When I compare Ambassador car design with cars of today, I often wonder why I liked that car so much in those days. May be the choice was limited, but in any case Ambassador car to me is like an old fashioned friend, who does not know anything about computers and smartphones but has so much warmth for you that he still manages to effectively communicate without use of any of the modern gadgets.

Ambassador was like that friendship. Trusted and faithful. R.I.P. Dear Ambassador