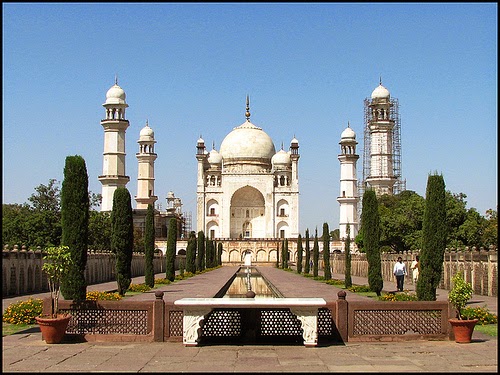 Famous for its Rock cut Buddhist temples of Ajantha and Ellora, the city of Aurangabad in the Indian state of Maharashtra has another important tourist destination. It is called “Bivi-ka-Maqbara” (Wife's Mausoleum) and it is an exact duplication of Taj Mahal of Agra ( considered as one of the wonders of the world), but built with low cost materials like bricks and mortar; no marble used here. The last powerful Mughal emperor, the ill famous Aurangzeb, had built it as a memorial for his wife copying his illustrious father, emperor Shah Jahan, who had built the Taj Mahal earlier.

It may not be wrong therefore to say that the trying to duplicate old and famous or grand architecture is actually an old craze, though a new word has been now coined for it. The art of copying architecture is now being called as “Duplitecture.” Bivi-ka-Maqbara therefore remains perhaps the oldest existing structure that can be consider a clear example of this craze.

Duplitecture however does not mean modelling. The western part of Indian state of Maharashtra, where I reside, has a vast hilly tract with many tall massifs and mountains. The dynasties of Shilahar's and Rashtrakuta's, who ruled this part during 7th and 10th centuries, had built many forts on hill tops. Later rulers including great Shivaji maharaj, strengthened these and even added more number of forts. It is a tradition amongst people of Maharashtra, to create miniature models of these forts during grand festival of Deepavali. Creating these miniature model forts perhaps can be considered as an example of model making but certainly not as Duplitecture. Similar is the case of miniature duplication of famous buildings, displayed at Legoland amusement parks, entirely built with Lego bricks. Duplitecture is something different than that. It really means cloning the entire building. 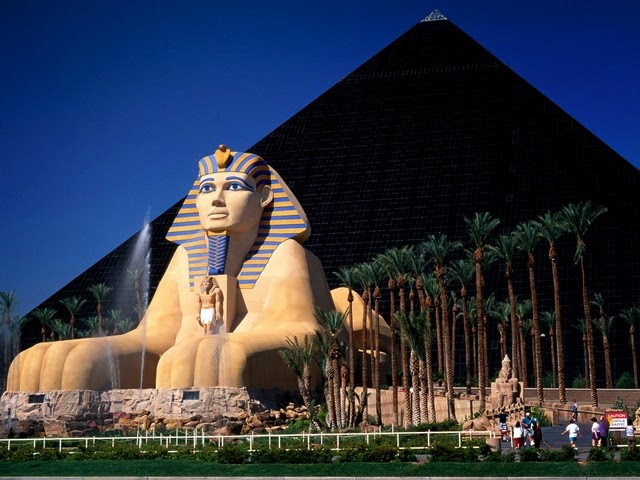 According to me, most striking modern examples of Duplitecture, can be found today in Las Vegas, where casinos have been built to look like Egyptian pyramids or Paris or Venice. People can have glimpses here of a make believe Pharaoh’s court or stroll down a Parisian street or take a Gondola ride in a Venetian canal. There is no doubt that the people enjoy these make believe words.

Binaca Bosker, a graduate in East Asian Studies from Princeton University and currently working as the Executive Tech Editor of The Huffington Post, has come out with a new book, which she calls as “ Original Copies: Architectural Mimicry in Contemporary China.” She says this about her book, and I quote; 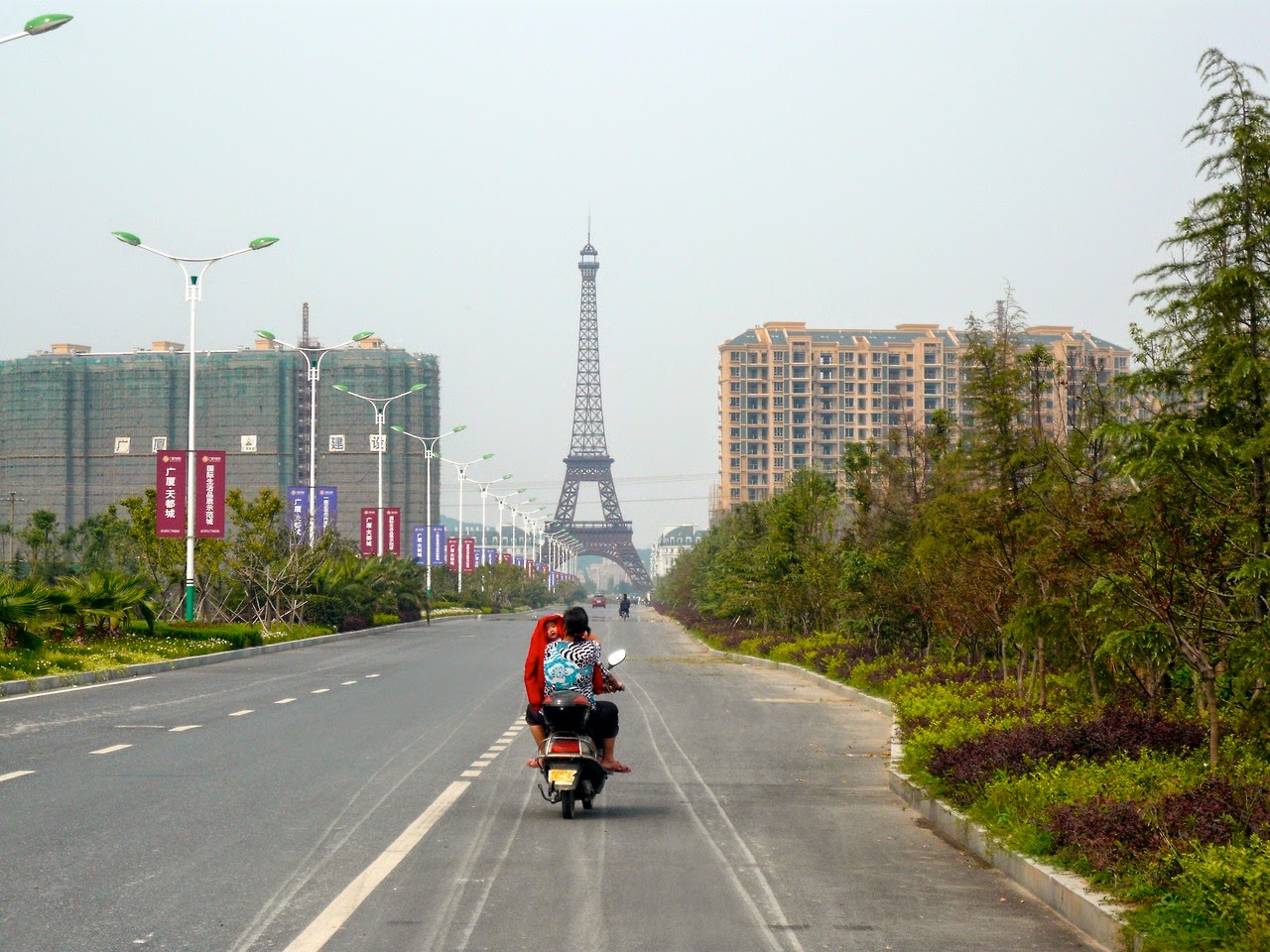 “The book Original Copies is about this massive movement in duplitecture in China, which refers to the copying of Western towns and cities. If you go to China, you’ll find that there are enormous residential developments, some of which have been built to house hundreds of thousands of people, and they copy Versailles, or Venice, or Amsterdam, or Orange County. The architects and the planners behind these communities have gone to stunning lengths to ensure that the copies are very accurate and very literal. In some cases, they’ll even import materials from abroad to build them, or they’ll hire architects from France to build the French development. Sometimes they’ll even send people on location to, say, California to scout out what the copies in China should, in turn, look like. But this is something that’s happening throughout the country; it’s happening again on a massive scale, and in some cases it’s actually being funded by the government.” 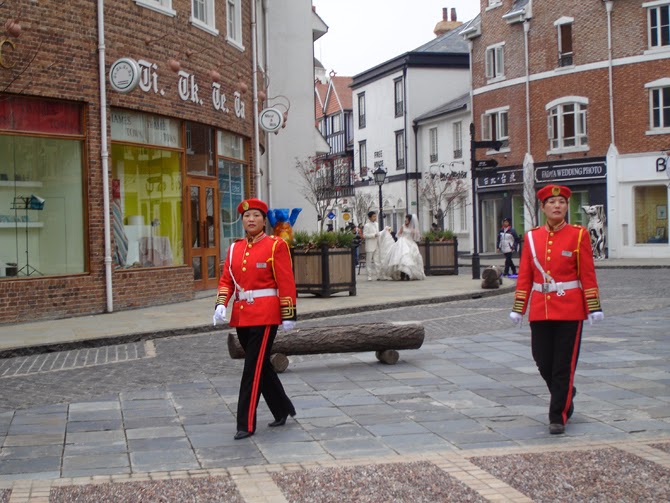 After travelling extensively all over China, she has found examples of this duplication on such a large scale that she finds it simply amazing. Here are few examples of duplicated buildings: 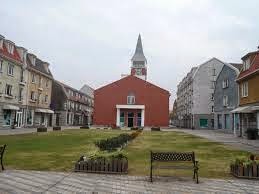 The list appears just unbelievable and crazy. But what beats all of them is a 418 Sq. Meter structure that replicates the White House and US Capitol building and leaves viewers flush with wonder. Incredibly, this US$144000 structure with a high dome is a toilet. The design was widely criticized in China. But as crazy as it may sound, the reasons for criticism were not its impracticality or ludicrousness but rather it is not as majestic as the original on 1600 Pennsylvania Avenue.

There have been many views about why Chinese are spending colossal amounts of money on such useless projects. Some feel that its an attempt to appear more cultured, some feel that it is for asserting China's global supremacy. Some think of it as a colossal waste. I do not think that it can be discarded so easily. Perhaps the answer could be found by the architects, who have designed Las Vegas Pyramids, Parisian streets and Venetian canals in the midst of Nevada desert.