Discipline, kids and the law 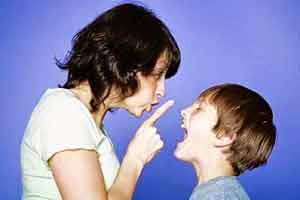 Few years back, when I was staying in US, I came to know from one of my friends there, about a strange but very thought provoking incident. This incident took place in the life of a senior citizen from India, who along with his wife had come to US for visiting his son and son's family and had planned to stay there for few months. His son had two children of a very awkward age, who were neither small kids nor teenagers. On this particular day, both parents of these children, being care free because of the presence of the grandparents in the house, had gone out for a day and were expected to return in the night. The grandparents usually lived in India on their own and were not much used to the din and commotion created by the children and found it hard to cope up. Since the parents were not home, the children had created considerable ruckus in the house. The poor granddad managed to bear with the rumpus for a long time but when the grandchildren started pushing and pulling him he got really peeved and irritated and gave a big slap to one of the grandchildren.

The children, who were raised in the US from their birth and who were trained there as per social norms prevalent in US, found it impossible to bear the fact that this rather unfamiliar old man, who had recently come to their house from India, physically assaulted them. As per training received by them, the children immediately called the police. Within 5 minutes the police came, found out what has happened and straight way handcuffed the old man and took him to police station leaving behind the grandmother and the grandchildren. When the parents returned home, they found out what had happened in their absence. However since it was night time, nothing much could be done. Next morning, after submission of required papers and completion of all formalities, grandfather was released from police custody. This middle class senior citizen from India, who had never committed even any traffic offense in India, was shell shocked and frustrated with his experience. He simply phoned his wife and told her to come to police station with his clothes, money and passport and when she arrived, left for the airport straight from the police station. He along with his wife, took the next available return flight to India.

I do not know the extent to which this story is true? Or how much spice has been added to it. But from my own experiences in US, the probability of it's occurrence appears to be quite on the high side.
Whenever I had an occasion to listen to any of the American (originally from India) parents trying to rebuke or lecture their kids for foolish behaviour or for creating commotion, I get a feeling of sympathy or pity growing inside me. These parents can not go beyond statements like “ We are not going to do that. O.K.” or “This is not proper, behave, O.K.” This word "O.K." is so loaded with feelings of extreme anger, frustration and bitterness that unless it is heard, it is very difficult to imagine the inbound feeling of helplessness in it. If a punishment is needed to be given to the kids, the severe most punishment is usually spending few minutes in the garage and which is popularly known as “Timeout”.

If anyone draws a conclusion from my dislike for the way in which American parents try to discipline their children that I am all for slapping or beating children, they would be totally off the target. Its a fact, that when I was a kid, I was hammered by some odd teacher or by my mother or father couple of times. But I find this physical violence method of disciplining children quite distasteful. I still quite remember the pain, anger and insult felt by me about 60 years ago, when a standby teacher had slapped my face.

An occasional slap given to a child is really a tip of an iceberg. Real social problem in India or any where in the world is about the violence and the cruelty shown to children. The stringent laws made in US are in reality for preventing this violence with children. I am on this subject today because recently I became aware that Government of India is planning to introduce a new law about violence and cruelty shown to children and also child abuse, which I consider as a good and necessary action. If this law comes into force, we are likely to face in India similar situation as in US. There is an old saying in English “ Spare the rod and spoil the child” The famous English author Charles Dickens has described very effectively the plight of small kids under heavy discipline of Victorian England in his famous novels like 'Oliver Twist' or 'David Copperfield' . Most of my readers must have read these books. It is said that after Dickens wrote these books, school reforms were pushed in England. In India, we have been lucky and never had these kind of schools bordering on cruelty.

This proposed law now stipulates that any harsh punishment given to children by schools, kindergartens or for that matter by parents and relatives would be a cognizable offense and children in India can complain to Police and eventually subject the schools or persons to a criminal suite. First such offense invites a fine of Rs. 5000 and one year jail term. Any subsequent offense by the same person would make him liable to a fine of Rs. 25000 and a jail term of 3 years. Presently guiding principles suggested by National Commission for Protection of Child Rights (NCPCR) are used as legal remedy for prevention of cruelty to children. Woman and child development ministry of the Government of India has now finalized a new legislative bill called as 'Prevention of offenses against child, bill. This bill when passed by the Indian Parliament would become the law of the land.

The bill describes in details what actions could be considered as harsh punishments or enforcement of any unlawful behaviour. Cruelty shown to children and any action of abuse to take sexual, economic, physical and social advantage at the cost of child would be liable for punishment under this law. Specific penal clauses are specified in this bill for forcing a child to beg or make them work or ask them to carry out dangerous domestic or outside work, would be offenses all and specific punishments have been prescribed in the bill. Criminal acts like sexual abuse, involving child in drug trafficking or making a child consume a narcotic substance, exhibiting pornographic materials to children would all invite life imprisonment punishments. Schools, kindergartens, relatives, neighbours, friends, day care centers and even jails and remand homes would come under the ambit of this law. 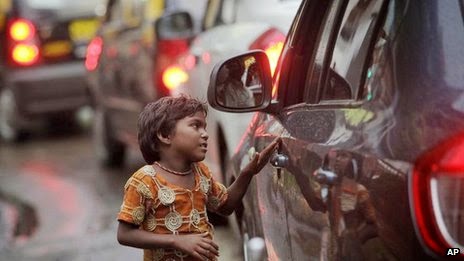 We do see even today in big cities of India, children begging or selling some stuff on the road junctions. In North India, poor children are commonly made to work in hazardous and polluted work places. The India society even today treats poor and destitute children in most inhumane manner. The new bill would be a good counter measure against such behaviour. Some of the parents or grandparents, still used to old ways, are likely to suffer in the initial periods. But largely such an act would definitely help in giving the kids a new deal. There appears to be no doubt about that.