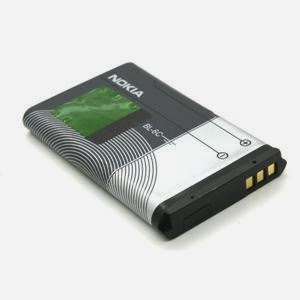 A friend of mine happens to be a very busy person. Whenever I meet him, he is always talking on his mobile phone.  If I have to talk to him, I can do so only in the interval between two mobile calls for him. On the other day, I was waiting as usual for him to complete his call and talk to me. Surprisingly, he suddenly switched off the phone. When I asked him about this, he told me that the phone battery was discharged and hence he switched the phone off. I was delighted that we would be able to chat without any interruptions from his mobile. He however, took out another battery from his pocket, replaced it and continued his conversation. Later he told me, that he requires at least three batteries every day and carries them in his pocket. He buys only Chinese batteries, which are very cheap. He discards the batteries within a year, when these go bad.
You may not believe this, but there are about 400 million mobiles or handsets in use today in India. I think, that out of this staggering number, devices used only as a phone, may be only a small percentage. Many people use the phone now, as a camera or video camera. They connect to internet through the phone, to check e-mails, browse, read e-books and watch U-Tube videos. They listen to music, radio and even watch movies on their mobile. Kids have discovered that a mobile phone is a good gaming device. Whenever they find a chance, they grab the phone and start playing some or other game, which is already built in the phone. In short, the mobile phone is no longer just a phone; it has become an exclusive assistant.
It is fine that we have a nice multipurpose assistant in our hand. What about the battery for this phone?  How that small power pack is supposed to last for such multifaceted task. If we plan to use the phone for so many applications, we need a bigger battery. The battery provided inside the phone is pretty small. Some phones have the provision to connect an external battery. It is cumbersome to carry around an additional battery.  I have yet to see anyone using such a battery. New smart phone introduced by Apple, in fact comes with a sealed battery, which cannot even be taken off.

Exactly for all these reasons, the battery charger is becoming a very important gadget. Whenever we are planning to go anywhere, first thing we need to pack is the charger. Every brand, every type of phone these days, requires a charger with a different type of connector now. As per statistics, on an average, people change their mobiles after 18 months. The old charger then becomes useless.

People throw away, some 200 million batteries all over the world. A smaller number of chargers are also thrown away. Three kinds of batteries are in use these days. Nickel-Cadmium, Nickel-Metal Hydride and Lithium-Ion are the three types. Unfortunately, all the constituent chemicals and metals, used in the construction of all these types of batteries, are deadly poisons and extremely harmful to the environment. Assuming that each battery weighs between 20 and 50 Grams, we are discarding into scrap, millions of tons of deadly poisonous materials. In addition to this, the e-waste from your battery charger also contributes its mite. The batteries and chargers scrapped by us are eventually used as a landfill. When this happens, the heavy metals inside, slowly start polluting the ground water. This polluted water harms the environment and the crops that may use this water. If this water is used for drinking, it becomes a direct threat to the health of the person consuming that water. For these reasons, it becomes important that scrapped batteries and chargers are just not thrown away but are properly recycled. While recycling, it is important to remove all traces of heavy metals. If these heavy metals somehow get absorbed inside human body, occurrence of deadly cancers becomes a possibility. The batteries therefore should never be dumped into the household waste or given to local scrap dealer or Kabadiwala. In the western countries, proper agencies are now available, who can do this recycling on a scientific basis. They also inform you about proper dispatching of the batteries to them. Since most of the people have started following this procedure, the dangers from these batteries have become somewhat less.
Unfortunately, in India, things are in a mess, as there are no recycling agencies. All the batteries we throw away, reach the scrap dealers eventually. What they do with them? How they recycle them? Remains to be a mystery. If appropriate authorities like Municipal Corporations, take no proper steps, we are likely to face deadly consequences during lifetime of our next generations.
Using a mobile phone brings convenience and a special touch to our life styles. However, if we do not take proper care, deadly consequences are very much on the horizon.
17th January 2014
at 8:23 AM