Where the hell was Dhenukakata?- Part I 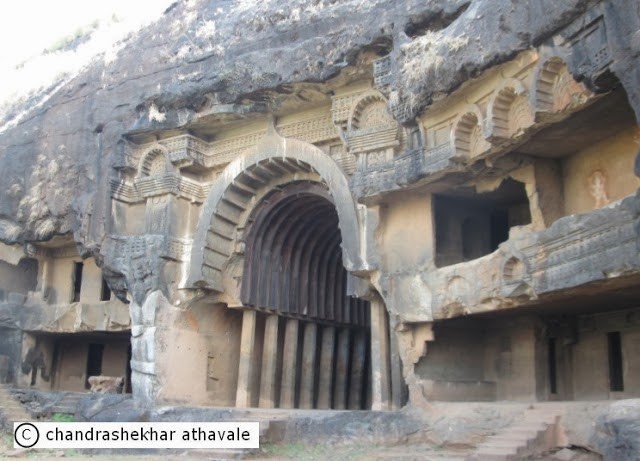 A couple of years ago, after visiting 'Naneghat' cave located near a pass in the 'Western Ghat mountain range' on west coast of India, I had taken upon myself a task of visiting places that still carried traces in some form or other, of the ancient Satvahana empire that ruled the Deccan plateau for about 400 years beginning somewhere before 200 BCE and up to at least 200 CE.

In my quest, most of the places I visited, were Buddhist rock cut temples excavated along the mountain faces of the 'Western Ghat mountain ranges.' I have narrated my journeys to these places in great details in my book 'Traces of an Empire' and interested readers would be able to read this book, available on the net. All these places except Naneghat cave, were thriving Buddhist monasteries once, with hundreds or even thousands of monks living there. It would be obvious to any one that such large human settlements, even if they are strictly religious, can not run unless there is substantial monetary support from some source or other. 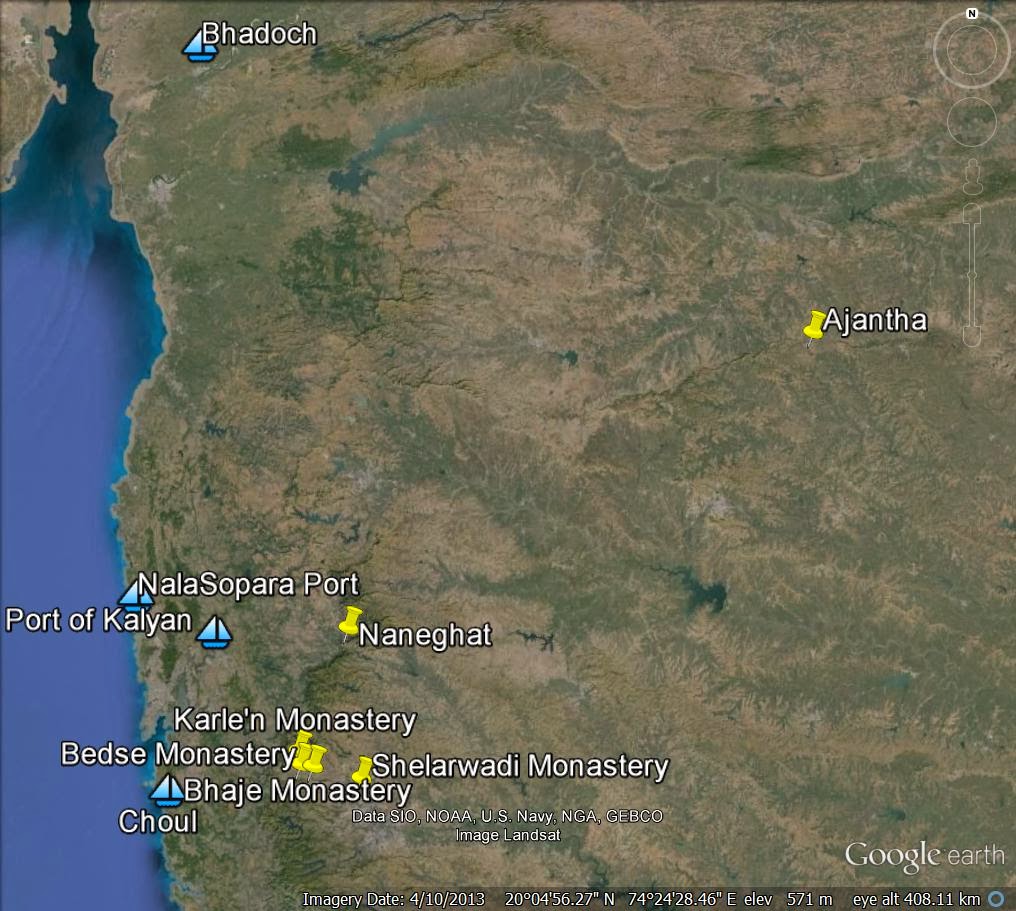 The Buddhist monks in those days ( as are even today) were supposed to follow strict discipline and code of conduct. This code of conduct was stipulated in an ancient text (still being followed at least in letter) known as 'Vinaya.' This code of conduct stipulates firstly that for monks, nuns and preachers of law any possession of property is strictly forbidden. They were not allowed even a contact with gold, silver, jewels and such precious commodities. Secondly they were supposed to eat food that was given to them after begging and they had to wear robes stitched by themselves from discarded rags.

A question therefore naturally comes to mind that with these kind of stipulations, how could monasteries located on remote mountain slopes and housing hundreds or even thousands of monks could survive, particularly in the monsoon months when any contact with outside world was almost impossible. One eminent scholar of yesteryear, Late Dr. D.D.Kosambi has tried to give an explanation of this difficulty. He says and I quote:

“ The caves were· located where they are, because the trade-routes passed by, and the larger complexes were invariably near the junctions of such routes..... The main problem at the time the caves were first carved out of the rock was to find the routes up the Western Ghat mountain range to the Deccan plateau. ”

Thus we can say with certainty that all major Budddhist rock cut temples such as those at Karle'n, Bhaje, Shelarwadi, Bedse etc. were located near the junctions of major trade routes and a vast number of small caves were dug near minor trade routes. This raises another question as to with whom the trade was being carried? Luckily records from Gracco-Roman accounts such as those written by the Pariplus and Ptolemy clearly indicate that the trade was carried with Greece as well as Rome and the goods arrived at the trade ports that lay on the west coast of India. These trade posts were mostly up the creeks and estuaries of rivers to the extent navigation permitted. Ports which lay in the vicinity of these Buddhist caves in the Western Ghat mountain ranges can be listed as Broach (Bhadoch) Sopara (Nala Sopara), Kalyan and Choul. 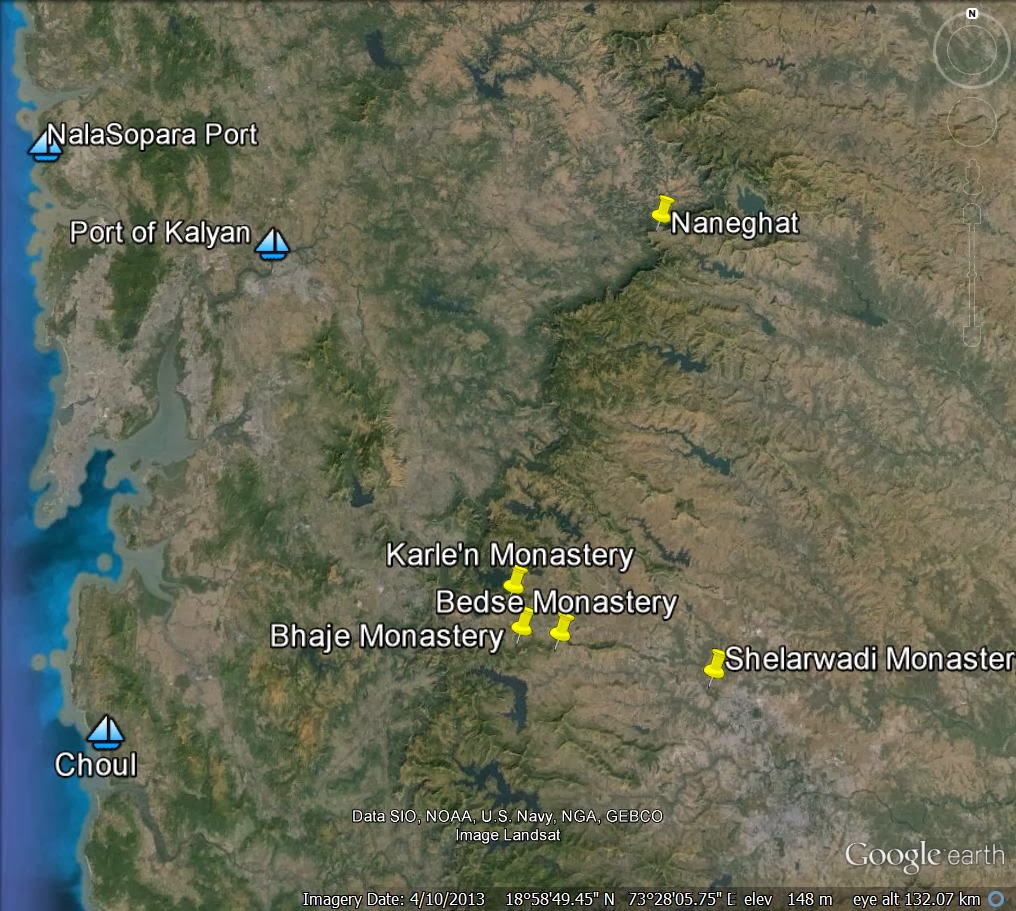 Coming back to the problem of sustenance of the Buddhist monks living at these Monasteries, Late Dr. D.D.Kosambi, gives the example of Chinese monasteries which were developed more or less on the lines of Indian establishments. He says that:

“ The documentary evidence exists at the other end of the Buddhist world, in Chinese records and translations particularly from cave-monasteries such as Tun Huan and Yuen Kang (Ta-tung) of the ways in which Vinaya rules were modified by the cave monasteries without deviating from the letters.
Thus cave monasteries in India avoided Contact with gold, silver. Jewels and such precious commodities by using an intermediary servant called as “Upasaka” for the manipulation, or in extreme cases by insulation with a piece of cloth! These two Orders further deposited the bulk of' the donated wealth with the monastery treasurer, who not only handled the gifts, permissibly used the money for repairs to the dwellings, but directly contravened the original rules by using the funds also for the purchase of necessities (such as food) that should have been obtained by begging, and for the robes that should have been pieced together from discarded rags. ”

It should be now clear that the Buddhist monasteries in the Western Ghat Mountain ranges largely depended, besides financial help received from the King, on the donations and endowments received from the wealthy in the society. This fact can be confirmed from the large number of inscriptions that liter all the cave temples. 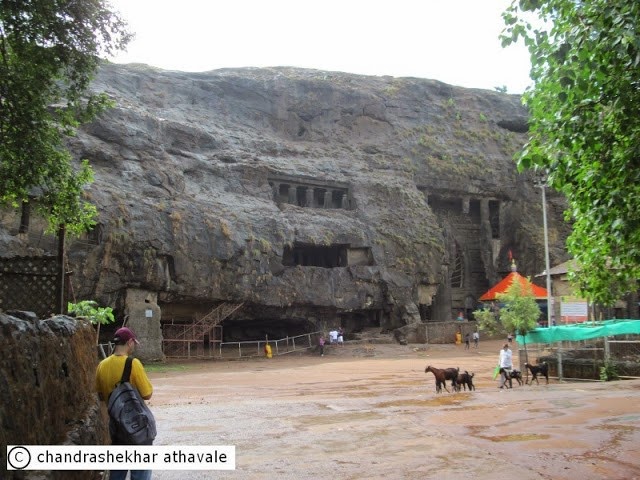 Regarding assistance from the state or the king, it was mostly provided by awarding or assigning a village to the monastery. No taxes were collected from that village by the state and the entire yield from that village was collected by the monastery. Thus we have Usavdatta, who was son-in law of Satrap Nahapana, donating village of Karajaka for the sustenance of the monks at Karle'n Monastery and later when he was defeated by the great king Goutamiputra Satakarni, the new ruler immediately confirmed the endowment. Both these deeds of endowment can be still seen in inscriptions numbered 13 and 19 at the Rock Cut temple at Karle'n.

However, what I am more interested here are the individual donations by wealthy citizens to the monastery. In the rock cut temples at Karle'n, there are at least 37 inscriptions and most of them speak about grant of some money to the monastery. But what is really surprising is the fact that in at least 17 of the 37 inscriptions, name of a place called “DHENUKAKATA” appears, saying that the donors were from this place. In none of the other rock cut temples spread all over Western Ghat Mountains, this name appears anywhere except at two caves: one in Shelarwadi and the other in Kanheri (near Mumbai.) It is obvious that people from Dhenukakata loved the Karle'n Monastery much more than the others. But why did they liked only this monastery? And neglected all others.

Secondly, the most important riddle perhaps is the location of this mysterious place Dhenukakata, where so many wealthy lived at the beginning of our era.

Where the hell was this place, Dhenukakata?