Would this ever end? 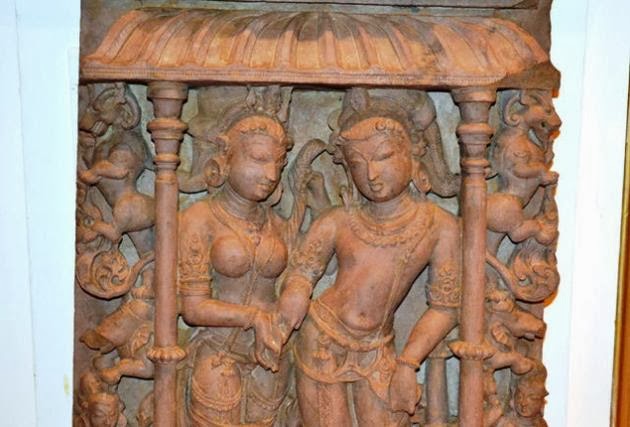 When I was young, my grandmother used to tell me a story at the bed time. In this story, there was a sparrow and a sack, full of grains. The story opened like this, that a sparrow came and took a grain away from the sack. I would naturally ask my grandmother what happened then? She would say another sparrow came and took a grain away. The story went on and on like this and would end only after I was fast asleep.

I am very much reminded of this childhood story, as another instance comes to light, from a never ending list of dishonest exploitations, of few men, who have with their chicanery, carried out a fraud of unimaginable magnitude on cultural heritage of India. I have already written few blogposts in the past, about the fraudulent activities of one of them: Subhash Chandra Kapoor, who managed to smuggle out unimaginable numbers of antiques, after stealing them from ancient temples, with cunning deceitfulness and causing a great loss to India's cultural heritage.

Subhash Chandra Kapoor's network, would locate such idols or artifacts, that were not well protected and then simply steal them. Later these would be well hidden in genuine consignments and exported to Singapore or some other place in south east Asia. From here, the idols, now with proper provenance and certificate of legal ownership, would be exported to either London or Europe, from where it would go to ultimate destination, US. These artifacts now with a perfect provenance tag would even be auctioned by major auctioneers like Sotheby's.

This week, in a repatriation ceremony at the New York Consulate of India, the U.S. Customs and Immigration Enforcement (ICE)’s Homeland Security Investigations (HIS) returned to India, in all, three sculptures seized by them in US. The sleuths working on these cases have not been able to relate these thefts positively to Subhash Chandra kapoor's network, yet the modus operandi is strikingly similar.

The first of three sculptures is an antique 'Vishnu-Laxmi statues' carving, weighing 159 Kg, that is believed to have been stolen from the Gadgach Temple in Atru, Rajasthan State of India in the year 2009. It was first shipped to a dealer in Thailand, and then re-sold to a buyer in London. He then moved it to New York City for an exhibition in March 2010. Immigration Enforcement (ICE)’s Homeland Security Investigations (HSE) agents intercepted the piece as it was about to be re-shipped to London. 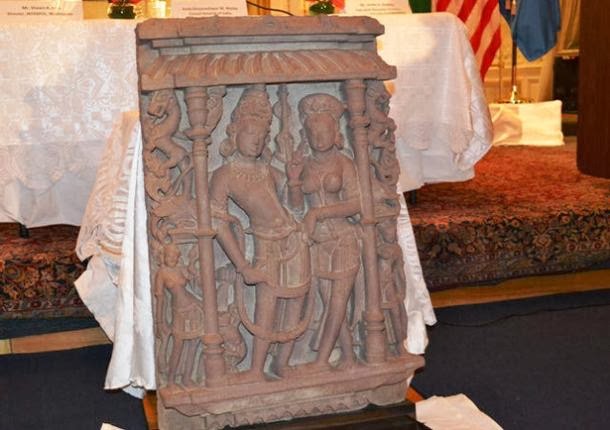 The second sculpture is again a larger 'Vishnu-Lakshmi' sandstone sculpture, weighing 272 Kg. This was also seized in July 2010, after it had been transported to Hong Kong, then sold to a buyer in New York and finally being shipped to another buyer in Basel, Switzerland.

The third statue is a black sandstone sculpture of a Bodhisattava, a popular subject in Buddhist art, and is dated to the 11th or early 12th century. It was purloined from either the Indian State of Bihar or West Bengal. This one was believed to have been listed as sixth among the Top 10 Most Wanted Works of Art of Interpol. It is supposed to have been stolen between 18 and 19 September 2009. It was sculptured by an unknown artist and measures 90 by 56 cm. This statue also had similarly reached New York with false papers, declaring the United Kingdom as its country of origin. 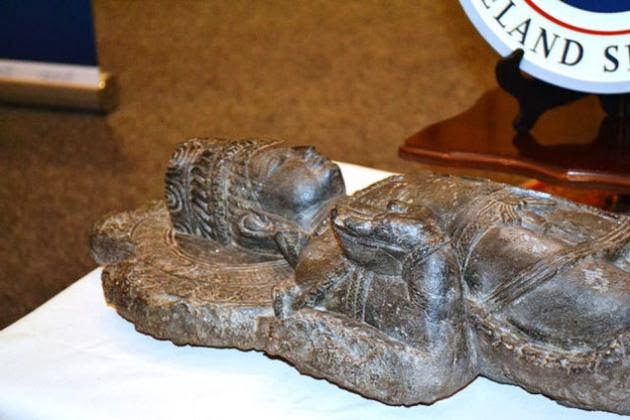 After the artifacts were stolen, the preliminary intelligence came from the Directorate of Revenue Intelligence in India. Later, law enforcement from multiple countries were involved in tracking their movement, initially to Hong Kong in early 2010. India's Archaeological Survey of India had joined hands with the U.S. Customs and Immigration Enforcement (ICE) and Interpol to launch an investigation that is still continuing as no culprits have been nabbed so far. In US, ICE follows a lengthy process for cataloguing seized items, including determining their true origin for repatriation. Because of this there is a considerable length of delay before repatriation could take place.

ICE is holding number of sculptures smuggled by ill famous Kapoor at a place nicknamed as the castle. They might be returned to India only after he is prosecuted. Meanwhile Kapoor remains lodged in a jail in Chennai.

The modus operandi of the smuggling operation clearly bears the unmistakable stamp of a Kapoor operation and no one is likely to be surprised, if finally he is found to be brain behind this. Meanwhile, people of the local area around Gadgach Temple in Atru, Rajasthan State are going to be very happy lot, as the idols which must have been part of their daily worship or during pilgrimages would be back in the temples though now under far greater security.


(Image source The Hindu and they may be copyrighted.
http://www.thehindu.com/news/international/world/return-of-stolen-idols-marks-revival-in-indiaus-ties/article5577461.ece?homepage=true)