Sacramental rites or not, no escape from tax 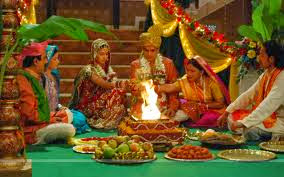 Many years ago, a friend of mine decided to marry an American girl. My friend was a born Hindu and the girl a born Christen. Their both families accepted the union with some pre-conditions. Bride's father wanted to have a church wedding, whereas my friend's mother insisted that they get married by performing Hindu rites of marriage. After much thinking, my friend and his would be wife, thought out a plan. They went to a church in the morning, completed the formalities, then had a Hindu wedding walking seven times around a fire and then finally had a court marriage, which they really wanted. Everyone was happy and satisfied. 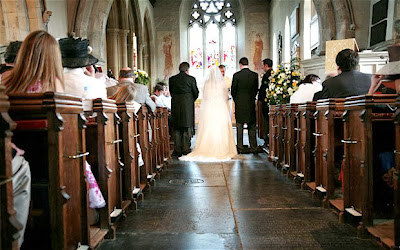 The Hindu religion institutes sixteen different sacraments, known as 'Sanskaras,' for different phases of life from conception to marriage to old age and death. Hinduism feels that performing these 'Sanskaras,' builds a solid foundation for a joyous and fulfilled life. 'Sanskaras' create and develop a religious and spiritual outlook in life. The Sanskrit word 'Sanskara' itself means ‘to cause indelible impressions on the mind and to develop every aspect of one’s personality.’ Marriage happens to be one of the important 'Sanskaras,' which each and every Hindu must undergo.

So, getting married by carrying out a marriage ceremony is a sacramental religious duty or 'Sanskara' for each and every Hindu. Fine! But, is the marriage ceremony itself a religious function? Some of the readers may consider this question to be bit foolish, but it is not, and if we listen to the judgment given by the customs, excise and service tax appellate tribunal of India, which says: "The mode of conducting the marriages either by following religious rituals or otherwise does not make marriage a 'religious' function."

Quite interesting! Isn't it? The appellate tribunal said this while hearing an appeal on service tax liability on the money earned by renting out a hall for a marriage function in Kolhapur, India. Central Panchayat in Kolhapur city, owned a hall and rented it out for marriages. In India, many services attract service tax, renting your premises for functions, happens to be one of the list. However claiming that the marriage was a religious function, which is exempted from service tax net, Central Panchayat neither collected any service tax nor paid it to the Government. 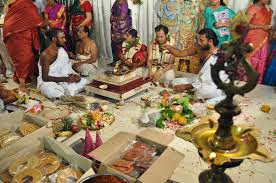 Later the service tax department claiming that tax was applicable on such activities, demanded Rupees 0.108 Million for the period July 1999 to March 2004 and Rupees 24,000 for the period April 2004 to September 2004. The matter was adjudicated and the hall management was ordered to pay tax and a penalty was imposed. But later when the hall management appealed to the service tax commissioner, he overruled the order saying marriage is a religious function and hence not taxable. The service tax department then went in appeal before the tribunal, which has now upheld the department's stand of service tax liability.

Tribunal adds in its judgment:

Marriage as a social institution existed much before religions came into being and, therefore, it is futile to argue that the marriage is a religious function— law itself recognizes registered marriages as a legally valid form of marriage and there is no religious sanctity attached to such registered marriages.

The message is really very simple, marriage may be a 'Sanskara' or sacramental duty for a person but if he wants to do it in a lavish way with a big function, he or she just can not avoid the service tax on it.