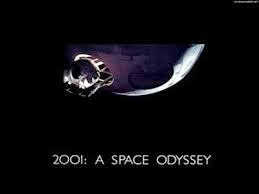 This week's long forgotten musical track was the first name he had told me. I went to the market immediately, listened to few renderings of this famous composition and then finally bought a rendering by the famous British band 101 strings. By now you must have guessed it. It was The Blue Danube Waltz, composed by Johann Strauss II.

101 strings Orchestra was a brand for a highly successful easy listening symphonic music organization, with a discography exceeding a hundred albums and a creative lifetime of roughly thirty years.

Later it was used in all time great, 1968 British-American science fiction film, 2001: A space Odyssey. Here is the docking sequence from the film with Blue Danube as background score.

You can also copy and paste the link http://youtu.be/NYnJYsl7eZM in your You Tube App. If that also does not work, search You tube for The Blue Danube Waltz 101 strings.