This is my vacation after all! 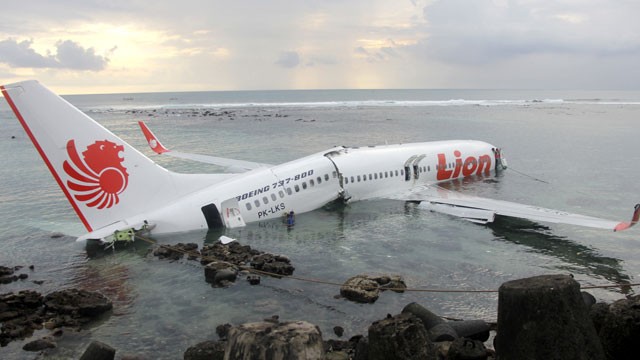 Mr. Fung Chi Keung is a 47 year old man from Singapore and works as an executive chef of a Singapore based Chinese restaurant group called as 'Pradise Group.' He was born in Hong Kong but has now taken Singapore citizenship and lives there with his wife and two sons.

Sometime back, Mr.Fung and his long-time Indonesian friend, 49 year old businessman Sinatra Hardy planned a vacation together, in the emerald Indonesian island of Bali. Mr.Fung flew to Bandung in Indonesia from Singapore, where Mr. Hardy lives. From there, they had planned to take a flight together to Bali. According to their plan, they booked two tickets for 13th April 2013 on Indonesia's most popular budget airline; Lion Air's flight JT904 that leaves Bandung in West Java around 10 AM and reaches Denpasar in Bali around 1 PM local time.

As the Lion Air Boeing 737-800 aircraft made final approach to end of the runway 09 of Ngurah Rai International Airport in Bali on that day, everything appeared absolutely normal as the crew made their final landing announcements. No one really knows what really happened in next few seconds. Mr. Fung says that he only felt a hard jolt as the plane missed the runway o9 and instead hit the shallow waters of the Java sea. He saw water gushing inside the plane and filling it, as the plane broke into two halves 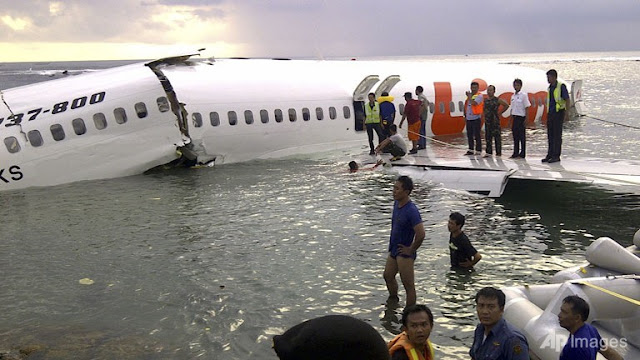 Miraculously, no one was hurt and Mr. Fung came out and managed to hop onto one of the inflatable sliding rafts and was later transferred to a boat that took him to shore. After being screened for minor injuries in an hospital. He checked into Bali's Shereton hotel along with Mr. Hardy, who also was safe and sound. Mr. Fung lost all his belongings including his mobile phone, except luckily for his passport.
With help of his friend, he bought new clothes and shoes from the Kuta market. He could manage to call his wife and family, who were worried about him, only on the next day.

Now comes the interesting part. Instead of flying back to Singapore after this terrible near death experience, Mr. Fung decided to stay on in Bali till weekend as per his original plans. He says:
“ All that matters is I am okay, everything is fine now. I intend to enjoy myself for the next few days; this is my vacation after all.” When he told this, he was actually having dinner of lobsters with beer and martinis with his friend. 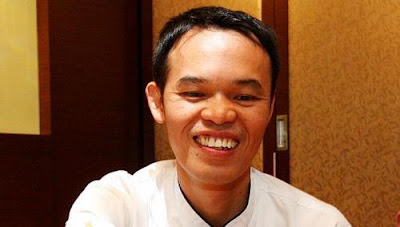 The only problem for Mr. Fung now is the lady passenger, who sat next to him on that ill fated plane. Press reporters have found out that the lady sitting next to him, Mrs. Ching Meau Lee, is also from Singapore. Questions were asked to Mr. Fung, whether he travelled with her? And what was their relationship? Mr. Fung is really peeved and vexed with the loose talk about him and the lady sitting next. He clarifies that they were not travelling together and she only sat next to him. In fact, he found out her nationality only later at the crisis center.