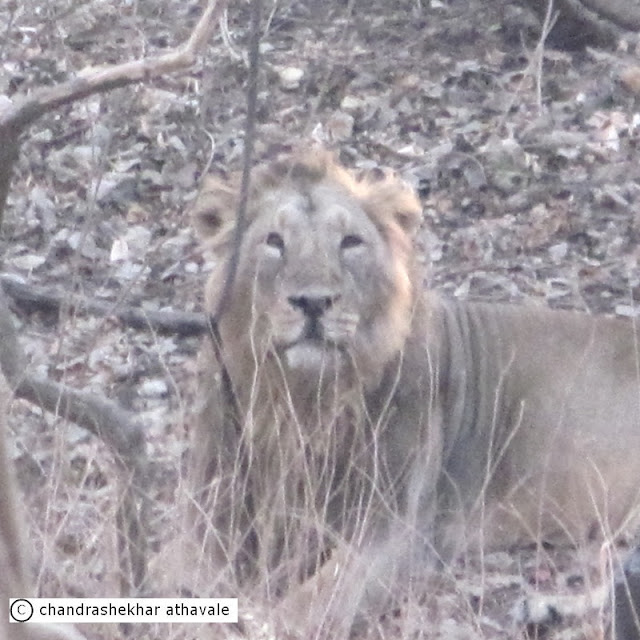 To say goodbye is to die a little! Says a quote. From the reactions of the people of Sasan, located in Junagadh district of Indian state of Gujarat, it appears to be proving true, even when the parting is with a beast that can kill and take away life as a matter of routine. The people of Sasan are just fuming at the order of the Supreme court of India to relocate few of the Asian Lions, who have been thriving in the nearby Gir forests, covering an area of 1400 Sq. Km. In fact, Gir forest is the only natural habitat, where Asiatic Lions are found now. They have become extinct from rest of Asia, due to catastrophes like epidemic, large forest fire etc. Gir forest fortunately has a variety of landscapes, which probably is one of the main attraction for the animals there. It has forested valleys, wide grassland plateaus, and isolated hilltops. There are also some areas which have open scrub and savannah-type grasslands loved by Lions.

According to Government of Gujarat, the results of the Asiatic Lion census-2010, carried out in the sprawling expanse of “Greater Gir,” including some areas outside the Gir National Park, the population of lions has more than doubled to 411 lions, benchmarked against the 1979 census, which put the number at a mere 205. Out of this number of 411 lions, 77 were cubs less than a year old, and 75 in the 1-3 age group. This means that almost 40 per cent of the lion population comprises of young ones, which bodes well for the future. 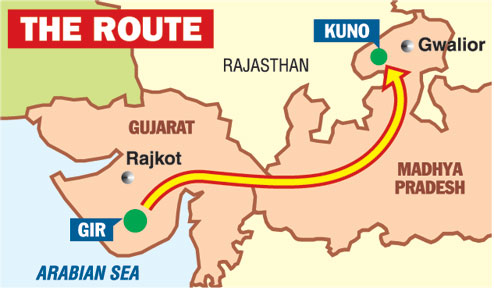 The National Board for Wildlife (NBWL) of India, backed by Ministry of Environment and forests have been proposing since last several years that the Asiatic Lion should have a second home to save it from extinction due to catastrophes like epidemic, large forest fire etc. Wild life experts feel that it is vital to safeguard the long-term future of the king of beasts in India and say “In case there is an epidemic, they could even be wiped out, and hence it’s important that they have a second home. Besides having all our eggs in one basket, Gujarat’s lions come from a very narrow genetic base of about 25 animals at the turn of the last century, and that makes them a very vulnerable population.”

An exclusive wild life sanctuary was set up for the Lions by NBWL at Kuno in the Indian state of Madhya Pradesh. The Government and people of Gujarat however have been most unwilling to part with any of their Lions, which they consider as their pride. According to chief minister of Gujarat, Asiatic lions are Gujarat's gift to the world. The people in Sasan particularly are so aware of the cause of conservation of the lions, that not a single case of poaching has been reported from there in last two years. 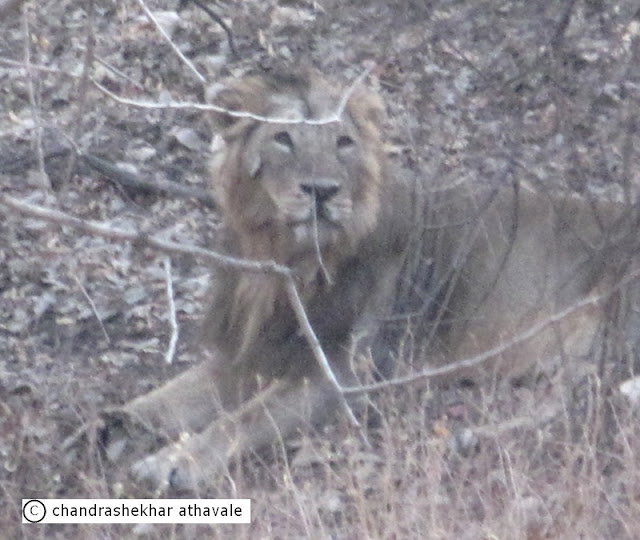 With Gujarat Government's flat refusal to part with any of the Gir Lions, Madhya Pradesh Government last year sought translocation of lions to Kuno-Palpur sanctuary from the court of law, claiming it has all the wherewithal to ensure harmonious environment to the threatened species. Responding to this demand of Madhya Pradesh Government, the Gujarat government has been fighting a legal battle in the apex court of India. It claimes that Madhya Pradesh had been unable to protect its own tigers in the Panna reserve, and could not be trusted to host the lion as well.

The Apex court gave its final ruling this week and ordered that a limited number of lions from Gujarat's Gir forest are permitted to be relocated in Madhya Pradesh's Kuno wildlife sanctuary. The court rejected Gujarat government's refusal to allow translocation of lions and said that the Asiatic lions were extremely endangered and all efforts against extinction should be tried, including translocation in limited numbers. The court has also constituted a large expert body to decide the number of lions to be relocated and closely monitor their translocation in Madhya Pradesh. 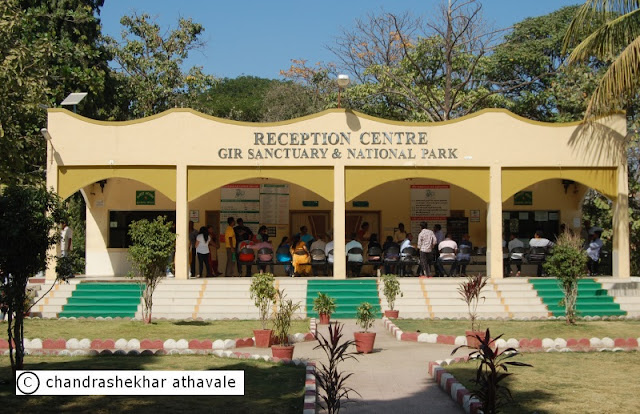 The court's order has cast a spell of gloom over Sasan town, where people are extremely proud of their lions. They vented out their ire by showing black flags to a research scholar, whom they believe to be the man behind apex court's decision, which they do not approve at all.

Mr. Ravi Chellam, a known expert on lions, is considered by Sasan people as the brain behind the translocation plan of Gir lions. He paid a visit to Gir forest a day after Supreme court's decision accompanying a delegation from the Prague zoo. But instructions were issued to treat him as a private guest. The rest of the Czech delegation members were considered as official guests when they checked into the government guest house at Sasan in Gir. Only Mr. Ravi Chellam was made to pay for the stay and other facilities, including the permit to enter the national park. Gujarat Government even offered to give lions for the Prague zoo if they removed Chellam as the consultant. On next day, a black flag demonstration was planned against Chellam. When he heard about the protests against him he beat a hasty retreat from the national park.

I visited Gir national park to see the Asiatic Lion just two month's back and was well rewarded with a sighting of a majestic looking male lion in his full glory. I feel that we must preserve this majestic king of beasts at all costs and moving few of the Lions to Madhya Pradesh is in no way going to diminish importance of Sasan and Gir forest on the tourist map of India.

I do sympathize with people of Sasan, who have to suffer a sad parting with their dear ones. But considering the long term future of the Lion, we must create many more sanctuaries for it, like what is being done under project tiger. Like a lonely father giving off his only daughter in a marriage for her better future, a little sorrow of parting today, just can not be avoided.