About 3 weeks back, I was invited to attend a music programme, where some poetry, written by a poetess of yesteryear, was to be recited. I parked my car a little further away from the venue of the programme, as that was the nearest slot available for parking. I started walking towards the venue, on the narrow foot path, available on this bit of road.(My local city Government does not provide such pedestrian amenities necessarily on each and every road.) After walking few steps, my attention was suddenly drawn at a scene on the other side of the road.

The view on the other side of the road was actually blocked by a compound wall built with properly plastered bricks, except at one place, where there was a huge cast iron gate flanked by gate columns, constructed with stone bricks, now open. My attention was drawn essentially to what was happening inside the gated premises. There was a white coloured ambulance type van, parked near the porch of a building and a group of people had surrounded the van from all sides and wanted desperately to communicate to someone inside or were very keen to look inside.

I agree that this scene is not something that can be considered as a special or extra ordinary that needs a mention, in the general context. But here, the premises, which I was looking at, belonged to an orphanage and also housed an old age home for people, who have none to care for, and almost everyone, who were standing around the van, had not a speck of black hair on their head and looked frail, weak and vulnerable. The whole scene in an instant, made me melancholy and sad and created such a feeling of pathos that there were instant tears in my eyes.

It was clear to me that this group of old men, wearing white pajamas with half shirts and women, wearing whitish coloured Sarees, were saying good bye to a friend from the old age home perhaps for his final journey. They were not in any position to help him in any form and were just mute witnesses to something that was going to happen even to them not in a very distant future.

This scene probably gets repeated at hundreds of times in various old age homes across India, as number of such institutions continues to rise all the time. The increasing numbers of old age homes is a sign of modern times and I remember that even about fifty years ago, we had very few such places in existance. When I was a kid, we had number of old people in our house, living with us. Both of my Grand Grand mothers and some old ladies, who were not even related to us, stayed with us and shared the joint family. My parents and grand parents always accommodated them and did everything to help them. I remember that sometime in the decade of nineteen fifties, we suddenly lost three of our old aged family members, one after another and there was a virtual vacuum in the house, which never got filled up again. 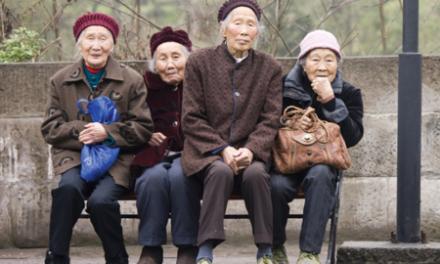 The old joint family system is gone now at least in the urban households of India. We are in the nuclear family age today, where parents of the husband or the wife have no place and they have to stay independently on their own. This works for a while, but then, when the parents become too old, or one of them is gone, they find it impossible to live on their own and have no choice but to opt for an old age home.

Unlike their western counterparts, old age parents from most of the Asian countries, including China, are facing this social change. In China, with country's modernisation, rapid economic growth and increasing urbanisation, the problem has become even more acute because of their three decades old, one child policy.

As per data published by Chinese news agency Xinhua, at the end of 2011, there were more than 184 million people above the age of 60, accounting for 13.7 percent of the population. By 2013 China's elderly population is expected to exceed 200 million. Whereas UN estimates show that by 2050 some 30 percent of Chinese will be 60 or over, versus 20 percent worldwide and 10 percent in China of 2000.

These figures make it perfectly clear that a dwindling working population would have to support more and more aged people, demographically a very poor kind of arrangement. This rapid expansion of elderly population is also being fuelled by an increase in life expectancy from 41 to 73 over last five decades.

The Asian countries, by and large do not have any social security provided by the Governments, which can see the old people through their last years. This is creating serious threats to the social and economic stability, as the burden of supporting the growing number of elderly passes to a proportionately shrinking working population in the absence of any social safety net. 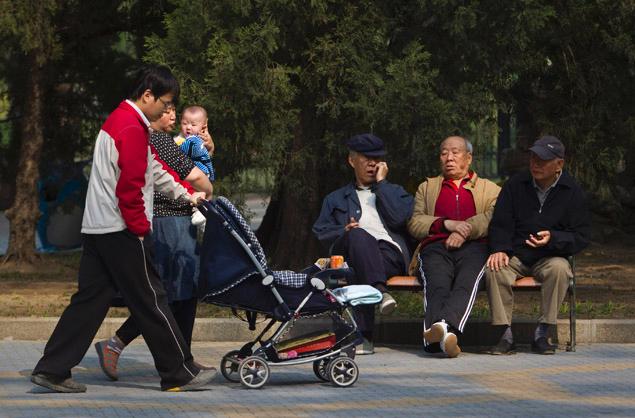 In China, there have been number of cases, where grown up children have just given up on their parents. The Chinese media are publishing news stories of parents being abused or neglected, or of children seeking control of their elderly parents’ assets without their knowledge. It was reported that a grandmother in her 90s in the prosperous eastern province of Jiangsu was forced by her son to live in a pig pen for two years.

To remedify the situation and help the aging population, China's National People's Congress passed a package of amendments for the Protection of the Rights and Interests of the Elderly. This new amendment says: "Family members who live separately from the elderly should visit them often," the law says, adding that "employers should guarantee the right to home leave in accordance with relevant regulations.” 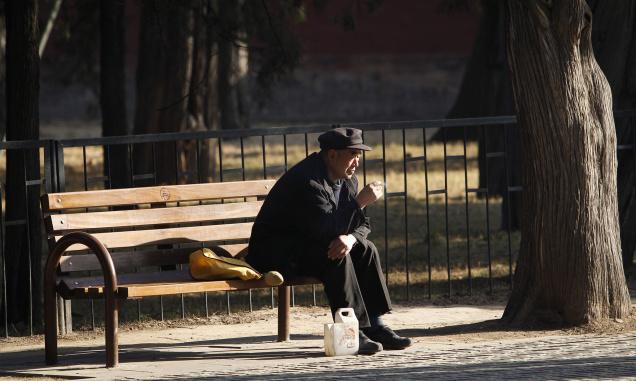 The wide-ranging law includes clauses covering intra-family conflicts regarding support obligations, housing and assets. It stipulates punishments for people who abuse the elderly, fail to support them and interfere in their freedom to marry. It also allows the elderly or someone on their behalf to seek official help or file a lawsuit. if the rights and interests of are violated.

This law is a welcome step no doubt. We have similar kind of laws in India. The question however remains as to how many of the aged parents would be willing to prosecute their children? However the clauses regarding compulsory visiting the parents by the children are novel and might be a good idea. Many of the aged, spending their last few years in homes for the aged, actually have so much of longing for even a small bit of news about their grand children that these unfortunate souls, may find much happiness, if their children and grand children visit them even once or twice every year.

“ Go and visit your parents. That’s an order.” may turn out to be the best piece of news for the elderly in China. It's high time that we have something similar done here in India.