Finally, a Train song for Kashmir 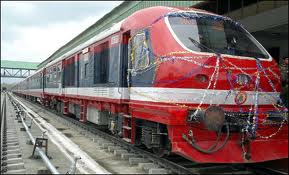 During my engineering college days, we had a classmate, who was a Kashmiri from Srinagar. When he joined our college in Bengaluru city in south India, travelling all the way from Kashmir in the north, he saw for the the first time in his life, two things, about which he had only read and heard before. First thing was off course the Sea, which he could see in Chennai and the second thing was a common mode of travel known to us as a train, which was unknown to him so far, and he used it for the first time while travelling from Udhampur in Jammu region to Bengaluru city in south.

The Kashmir valley, as we all know, is surrounded by huge Himalayan peaks from all sides and for all these years, no one thought it possible, including the British in the raj days, to lay train tracks from Indian plains to Kashmir deeply saddled between Pir Panjal mountains and the Himalayas. India's railway board has taken up this near impossible task and hopes to connect Kashmir with rest of India by 2017, a stupendous and astounding task on all counts. This huge project has been split into four sectors. Baramulla town in north to state capital Srinagar, Srinagar to Qazigund town, Qazigund to Banihal town on Srinagar-Jammu highway and finally the most treacherous part netween Banihal and Udhampur. 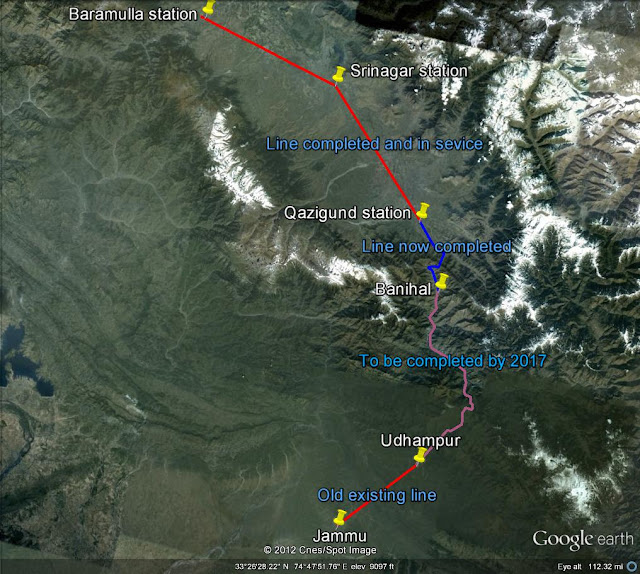 The Baramulla-Srinagar-Qazigund line has been up and running for several years now. This portion runs mainly within the valley itself and was a relatively easy task to complete. To take this train any further south, meant crossing the formidable Pir Panjal mountain range. India's Northern Railways made history of sorts this week, as the first train chugged through India’s longest railway tunnel through the Pir Panjal mountains, connecting for the first time, Kashmir Valley to Banihal town., which lies on the outside of Kashmir valley, on the Srinagar-Jammu highway. Technically this means that the train has finally moved out of Kashmir valley. 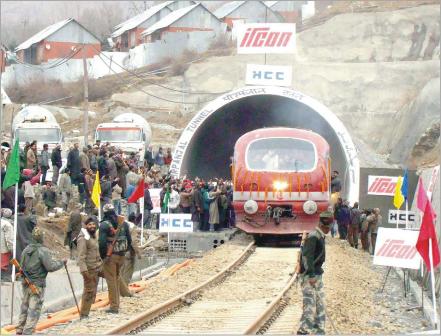 To cross the Pir Panjal range, a tunnel was excavated having a length of 11.21 Km. This is the longest railway tunnel in India and the second largest in Asia and has reduced the distance between Qazigund-Banihal by half — from 35 km to 17.5 km. The tunnel is 8.40 metres wide and 7.39 metres high. A trial run of a train was planned earlier this week but was abandoned because a group of around 800 residents of villages around Qazigund, blocked the tracks near Humu village, about 4 KMs from the Qazigund Railway station. The local villagers including women and children, blocked the railway track by erecting barricades and holding 'sit in' with several demands which included a 1 minute stop-over at Hillad village for the train and railway jobs to kin of those farmers, who have given their land for the line. Chief Controller of Northern Railways, Mr. Nand Lal, says however; “The jobs have been already provided to the locals.” 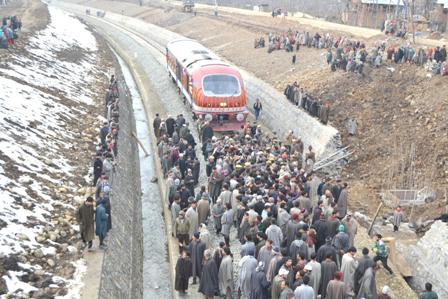 The trial run was planned later again, after administration talked and persuaded the villagers to allow the train to pass. This time there was no hitch and a train, on a trial run, arrived at Banihal from Qazigund in Anantnag district of Kashmir to a thunderous applause of hundreds of townsfolk. 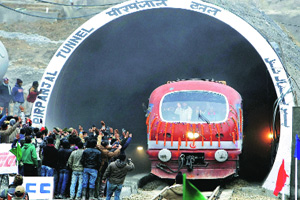 People of South Kashmir, are thrilled and jubilant over the completion of Banihal-Qazigund rail track and are eagerly waiting for the Baramulla-Srinagar train to cross the Pir Panchal range to Banihal. Rouf Ahmad, a resident of Qazigund says: “We are quite excited that the train will chug off from Banihal as it would reduce the travel and also reap economic benefits for us.” Everyone now hopes for the Udhampur-Banihal stretch to be completed soon so that the valley is connected to rest of the country via Rail link.
Finally, Kashmir can hear the train song from now and young people like my friend of 50 years ago, no more have to travel by road, to Udhampur to see a train. The train itself would take them to Udhampur and also to anywhere else in the country.