The return of the unwanted

In spite of many Meteorologists, praying in their hearts, that he would never return, the most unwanted little boy of Mother Nature or El Nino is finally back with a bang. The Indian Meteorological Department or IMD is perhaps still feeling shy to announce his return because the moment they do it, the commodity prices in India would start skyrocketing upwards and stock prices would start looking down towards the hell. This likely future scenario could not be considered particularly concussive to good health of the federal Government of India, already under kind of policy paralysis because of the intransigent attitude of its allies and feeling besieged by never ending multitude of corruption scandals coming to light almost every other day.
The new social media, Twitter, sometimes comes up with very funny one liners or Tweeverbs. I found this one by someone called DanteBello, which says “ Day breaks even if the cock refuses to crow.” Our IMD is just behaving like this cock, who is refusing to crow. However there are always other cocks in this world , who are more than willing to crow. Indonesia's Meteorology, Geophysics and Climatology Agency announced last week that “ A normal to weak El Nino weather pattern in Indonesia will persist until the end of the year and will potentially reduce rainfall in the eastern parts of the country” Now obviously, El Nino happens to be a global phenomenon, not restricted to borders of Indonesia. If El Nino has arrived for Indonesia, it has also arrived for India or for that matter, entire world. El Nino, defined by the warm water oceanic currents that shift across the Globe, makes the weather patterns very dramatically, which can bring havoc with either too much or scanty rain.
So what kind of weather, we are likely to face? And what would be the aftereffects? Here is a brief overview of grim scenario. El Nino would cause above average rains in parts of south Americas and drought in Southeast Asia, Australia, India and parts of Brazil, cyclones in the central Pacific and stormy weather in the southern and western United States. India’s monsoon rains are likely to be deficient in 2012, signalling the first drought in three years as the El Nino should cut rains in the second half of the June-September season. During last El Nino season of 2009, Indian monsoon rains had turned patchy, leading to the worst drought in nearly four decades. The 1997-98 El Nino is considered as the worst, with more than 2,000 people dead and property damage estimated at $33 billion. 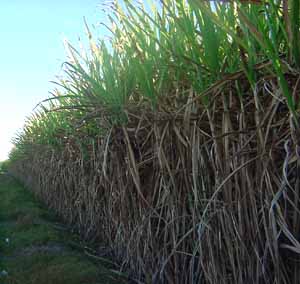 Poor rainfall for the first two months of 2012 Monsoon season in India’s top three cane producing states, has hurt the sugar crop. This would result in India importing even larger quantities of sugar this year. India being the world's top sugar consumer, International prices of sugar are expected to touch the sky. The crops such as pulses, rice, soybeans, groundnuts are already threatened in India. Government hopes to bridge the shortfall with winter crops. With El Nino in command, even winter crops may become unpredictable.
El Nino, which typically brings dry weather to Southeast Asia, usually reduces the palm oil output in Malaysia and the international prices are bound to harden. India imports huge quantities of palm oil from southeast Asia and this could be bad news. With reduction in groundnuts and soybean production, oil prices in India are expected to be much higher. Oil situation is getting more and more worrisome because Global corn prices have surged more than 60 percent in the last two months to all time highs as the United States reels from the worst drought in 56 years, which has wilted crops. China’s corn imports are likely to jump almost 60 percent in the year to Sept. 2013 and this surely means much higher prices for corn and corn oil.
El Nino in 2009/2010 brought severe drought in southwestern provinces of China, the country’s largest sugar and coffee growing area, as well as floods in provinces along the Yangtze River, the major rice and cotton growing areas. This might get repeated this year.
The only silver lining appears to be the production of basic cereals like wheat and paddy, where production is expected to be enough for the prices to remain soft. 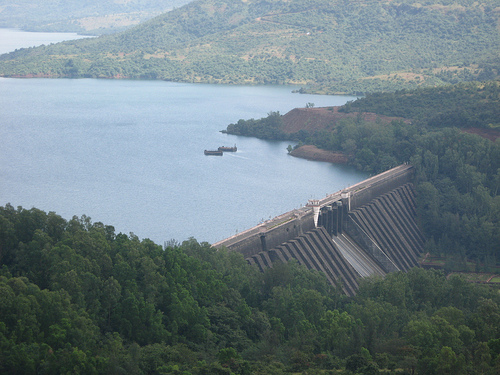 From India's point of view there are other factors. First is the drinking water shortage. Many states like Maharashtra are totally dependent on rainwater for drinking water needs. Fodder shortage may be another source of worry. In many parts of India, huge hydroelectric generating stations provide electric power. These depend entirely upon the rain water to generate power. Any drought like condition is bound to reduce availability of power.
This grim scenario seems to be a likely possibility, for which we need to brace ourselves up. The shortages however are always transitory in nature and can always be managed. What is the most scary part of this scenario is the effect that this would have on economy and the Indian Rupee, which are already reeking under double digit inflation and costly money.
Unfortunately there are no quick measures or remedies.
24 August 2012
at 8:38 AM