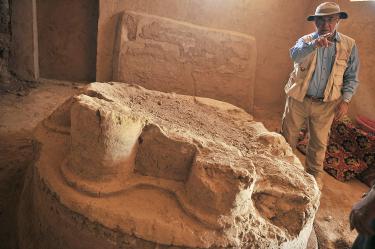 The archeologists world over are always very keen to dig and unearth objects and artifacts that can lead us to new traces of history. If any such new find is ever made, anywhere in the world, more resources and manpower is employed to unearth as many objects as possible. These are subsequently studied, new inferences drawn and then the objects and artifacts are carefully preserved in some museum or other.
That might be the world order, but there are always some exceptions. One glaring exception is Afghanistan, where archeologists after discovery of a new historic treasure, prefer to bury it deeper inside earth, to prevent its future destruction or looting. I had mentioned in one of my earlier posts on 'Buddha statues of Bamiyan', that in year 632 CE, famous Chinese traveler, Xuan Zang had described, that a third image of a sleeping Buddha existed in Bamiyan. No trace of this image was ever found later. Since Xuan Zang is famous for his accurate description, many historians firmly believe about existence of the third image. A joint Japanese-Afghanistan group has been working since 2004 for excavation and restoration of Bamiyan antiques. In September 2008 an archeologist from this group, Anwar Khan Faize found out some remnants of a Buddha image at the foot of large standing Buddha images. This fact was pointed by him to 75 year old chief of this group, Zamar-ilahi- Tarazi, who then ordered more excavations at this spot. This third image of Buddha was found out to be 64 feet long and the entire sculpture was spread over on an area as large as half the size of a football pitch. Mr.Tarazi had also found out recently after this excavation, some traces of a Buddhist Vihara, a palace and dozen or more statues. During excavations in a nearby potato field, the team also found under a large area of farmland, exceptional archeological treasures from the past. 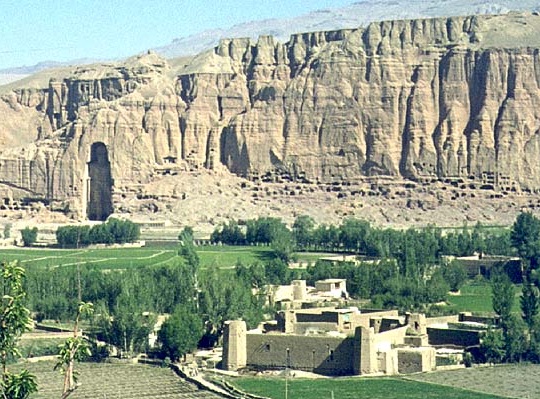 In a surprise move, no more excavations were done by this group. On the contrary, all artifacts dug out were buried again and all excavated area was covered up so that no clues to buried treasures can be seen. This was done because the ground is private and treasures can be looted easily.
Chief of the UNESCO mission in Afghanistan agrees with this policy. According to him the safest place for these archeological heritage treasures is underground. He says that there are thousands of prehistoric, Buddhist and Islamic sites dotted around the country and policing all of them is an impossible task. Deep below the ground, the relics are protected from endemic looting, illegal smuggling and the corrosive effects of freezing winters.
The Director of a French archaeological delegation in Afghanistan says that looting, either on large scale or small scale happens at 99.9% sites in Afghanistan. Afghans are paid by middlemen, few Dollars, to dig up artifacts, which are then smuggled out and sold for thousands of Dollars in Europe and Big cities of Asia. He feels that unless local people are educated to understand the value of their history, it would be difficult to stop the smuggling. Archaeologists in Afghanistan feel that culture and heritage have only a secondary consideration to development and security in Afghanistan.
Bamiyan valley with its old forts, temples and cave paintings remains is the most endangered site in Afghanistan. But there are also other sites, which are continuously being looted and destroyed. In east Afghanistan, thousands of Greco-Buddhist sculptures dating from the 1st century BC to 1st century AD, were found at a site near Hadda. This site was first destroyed in the 1990s civil war and now hundreds of pieces have been looted. 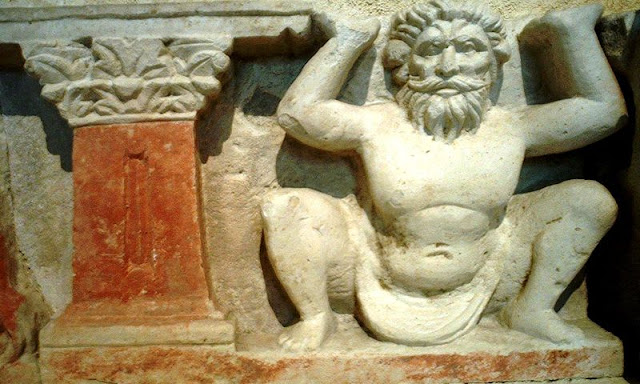 Sculpture of Greek God Atlas from Hadda
Old city of Lashkar Gah, which is the the capital of the southern province of Helmand has a 11th century arch. 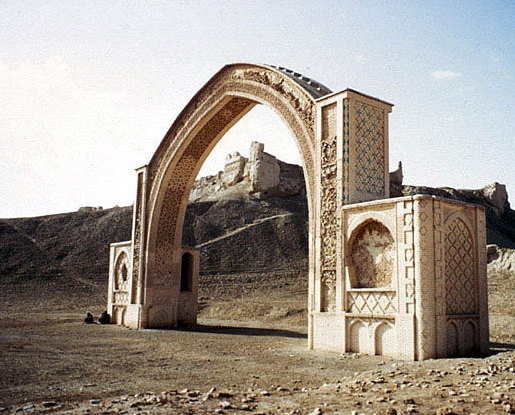 Qala Bist arch and fort , Helmand province
Afghanistan displays this arch proudly on its 100 Afghani banknote. Unfortunately this arch is damaged irreparably due to influx of refugees. 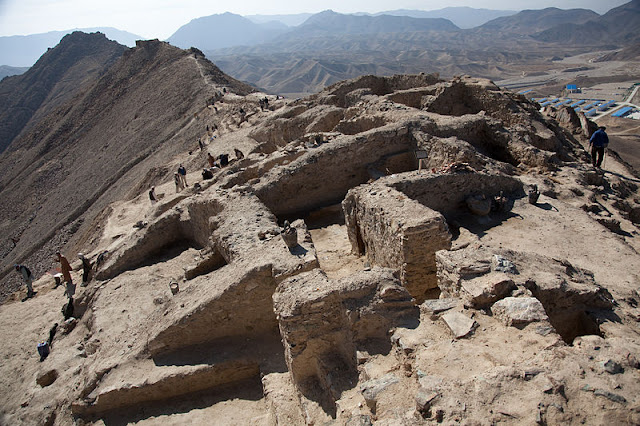 Ruins of Buddhist Monastery at Mes Aynak, Logar Province
In addition to the problem of looting, new developments detrimental to existence of the artifacts are happening in Afghanistan. South of Kabul, a Chinese copper mining company has been awarded a concession over an area in Logar Province. In this area ruins of an ancient Buddhist monastery are found. When mining work tarts these ruins are bound to be destroyed.
An international meeting is now thinking or rebuilding one of the Bamiyan Buddha statues. Local archeologists do not support this move and feel that when Taliban are just 20 KM away from Bamiyan, there is absolutely no point in rebuilding the Buddha statue.

They may be very right!