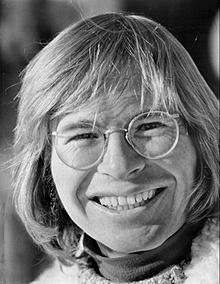 Henry John Deutschendorf, Jr. (1943 –1997), commonly known as John Denver, was an American singer-songwriter, actor, activist and humanitarian, whose greatest commercial success was as a solo singer. He was one of the most popular and also one of its best-selling singer of 1970's. "Sunshine on My Shoulders" (sometimes titled simply "Sunshine") is a song recorded and co-written by him. It was originally released in as a single in 1973. It went to number one on the Billboard Hot 100 chart in the U.S. in early 1974.


If you can not see the embedded video on your android devices, here is the link. http://youtu.be/UXV3Kt98ISk You can also copy and paste the link in your You Tube App. If that also does not work, search You tube,Sunshine on my shoulders, John Denver