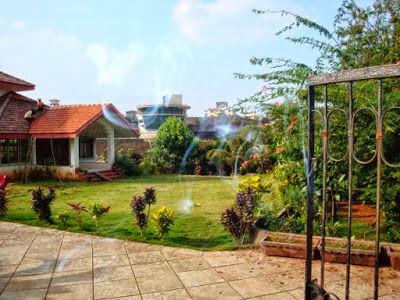 A friend, who owns a farm house in a nearby village in almost perfect rustic conditions, was complaining to me the other day, about the maintenance bills that have started creeping up lately. I naturally asked him, what was the problem? According to him almost everything inside the farm house was giving problems. Perhaps he was just waiting for my trigger, because he came up with a long list of woes.

He said last year, just after the rains, he found out that the wooden windows and door frames were getting infested with termites. He had to engage an agency and spend lot of money to get rid of the problem. When this was done, he realised than many door panels have rotted and have become so brittle that they have to be replaced. This was followed by leaky kitchen sink, electrical faults and finally his refrigerator conked off. He had to lighten his pocket to a large extent to carry out the repairs. Then this year, after the rains have arrived with their full fury, he finds that moisture is seeping out from the joints of floor tiles and wet patches have developed on the walls giving a damp eerie feeling.

I casually asked him, when he had built the farm house. After a little thinking, he told me it must be in or around 1984. This meant that the building was at least 30 years old and it has stood all those years in a place, where rainfall each year, to put in mildest terms, can be said to be heavy. I told my friend that the situation he was facing was not at all extra-ordinary and almost any house owner would be subjected to such situations. Mt friend was not convinced, because he felt that if such problems crop up in his dwelling in the city, they can be justified because the place is being used every day and night for last so many years. But he uses the farm house only once or twice in a month, that too only for couple of days. How can there be so much of wear and tear, when the place is not even used?

Well! He had a point there, I thought. But surprisingly, this is actually true for most of the things that we possess. My car for example, is about three years old and I have hardly done any mileage on it, yet it has started showing its age. There are scratches on the body everywhere and one of the seat covers already appears torn. The fact is that things do wear off, even if sparingly used.

Later, in a quieter moment, I thought about my friend's problem and realised that even us or our bodies, exactly face the same problems of aging. My friend's house or my car are perhaps metaphors for our bodies, which face similar wear and tear problems and situations. I do not know whether it's true or not, but I have read somewhere that our brain stops growing and starts its aging process in the twenties it self. The changes may not be apparent at that age, but the downwards travel of brain is soon followed by our skin and muscles. By the time we reach the forties, our teeth and eyes already start showing the aging symptoms with reading glasses and crown for teeth a compulsive need. The heart and your digestive system start complaining by the time we hit fifty. From their onwards, its only a travel down the hill.

Some of the readers are likely argue that all this is nonsense, because we see many seniors around, enjoying a perfect and active life. But if we study their lifestyle, we can easily conclude that they have succeeded in keeping their bodies fully functional, in spite of the on going aging process, which is anyway running its course. I had read book sometime back about “Yoga.” In the introductory paragraph itself, the author had said that according to him, “Yoga” is an essential counter measure to overcome the effects of aging process, which begins at the age of 37. Just remember that army retires its soldiers in their thirties itself and that does not mean that they have to retire from active life elsewhere; its only that they no longer can be considered as youth. 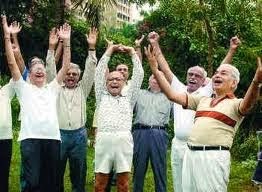 Like my friend's farm house, we need to carry out continuous maintenance of our bodies too. By following a routine of exercises or Yoga, good diets and enjoying life. By greasing and oiling a car, we can keep it in perfect working order even it shows signs of wear. Similarly, even if our bodies show signs of wear, they can be still kept fully functional. To enjoy life, first and paramount thing that is required is not money or luxury, it is perfect health, which can be achieved only with regular and proper maintenance; nothing else will do!