Planning for the Golden years 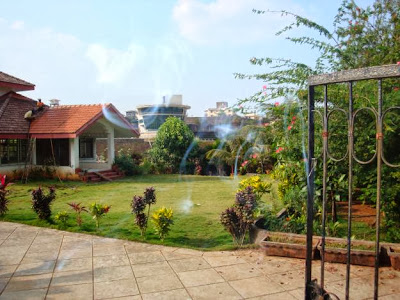 Last Sunday, I visited a cousin of mine and her husband, both middle aged, for lunch in their new week-end home in Lonavala, located about 60 Km from my home town Pune. I spent a couple of wonderfully relaxing hours in their home with some great freshly prepared tasty food. Lonavala is a lovely little hill station atop the Western Ghat mountains on India's west coast. I have been to this place many number of times, yet it still attracts me, because of its closeness to nature and a wonderful salubrious climate. Lonavala is perhaps best, during monsoons, with windy weather sweeping the town and dense fog enveloping almost everything, making the visibility almost drop to zero. Now in December, weather was much dryer and hotter, yet quite comfortable.

My host couple are still pursuing their active careers and continue to be busy throughout the week. Though same thing can not be said about their home as their children are now married and have moved away. After coming home, they face an empty nest, like so many middle class couples of their age. In the traditional Indian middle class families, this situation came up rarely, as the sons would be staying with their parents along with their own families even after the marriage and kids. This meant that the grandparents would always have company of their children and grandchildren. This situation no longer exists now in most of the urban middle class families, where complete nuclearisation process has now taken root. This has brought about a major social change along with multitude of problems for the aged couple.

During my visit, the topic of discussion naturally shifted to this new social problem of an empty nest and how to cope up with it. The major problem for such couples, who are on verge of retirement, is the scare in their mind about spending time after retirement. In the traditional Indian homes, aged people never faced this problem because they usually had to look after the grandchildren. But with the new social changes, this problem is becoming a wider social issue. I kept on thinking about this new social change even after I bade goodby to my hosts and started my return journey.

Most of such couples today, on threshold of retirement, usually plan their finances well in advance, so that after retirement, they might not face any major monitory problem. They usually get a steady income from investment so that they can continue to maintain a reasonably comfortable life style. Most have insurance policies that cover their illnesses. In short, maintaining a respectable life style is not an issue at all.

But then, what exactly is the problem? The problem, simply put forward, is that they have nothing to do after retirement. The man, if he has been serving, suddenly looses his position and status in the society and suddenly becomes a second class citizen. Most of the people react to this change badly, unless they have planned for it. One gentleman I know, loved trekking, but was never able to do it in his active life. After retirement, he has taken this hobby in a big way and is mostly in Himalayas, when the weather permits him. For the ladies, the problem is even worst, since there are only two members in the house, house responsibilities become minimal and they find spending time a real and major challenge.

What can be done then? Most of the people, I see around and who have crossed their 70's and 80's, are extremely busy people. They are engaged in some activity or other, throughout the day. I feel this is the secret of living a good and happy life after retirement. But, you can not start thinking about activities after retirement, actually after you have retired. The thought process has to start much earlier, during your active years, when thoughts of retirement start to linger in your mind for the first time.

I can give my own example. When I decided to retire, I had made a list in my mind as to what activities or hobbies I can take up when I would have plenty of time. Some of the plans didn’t work. Some worked initially after retirement but later I found that it was hard to continue with them and to give them up. My hobby of writing stuck and I found great enjoyment in this new hobby. This blog, which you are reading now, is the final outcome of this hobby of writing. It keeps me totally busy and also keeps my mind and brain alert to top knotch.

I can give many examples of retired people, who pursue different hobbies or activities for years and years after their retirement. A senior bureaucrat, after retirement, took up honorary work of running a trust doing useful work for the people. A lady never had a chance during her active years to soil her hands in the garden, actively spends hours each day in her garden after her retirement. Women form groups to discuss regularly books or even scriptures. 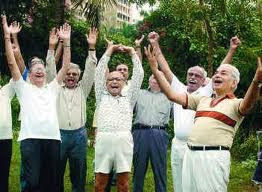 Another important activity that must be planned after retirement, is to have a group activity like say laughing clubs, for some time every day with friends. This group activity can even be just chitchatting over a cup of coffee or without it. The benefits of such group activity are so immense for the mind and the body that I would strongly recommend it for every person who is thinking of retiring.

I am quite sure that if planned well and well in advance, your retirement years can turn out to be the golden years of your life.