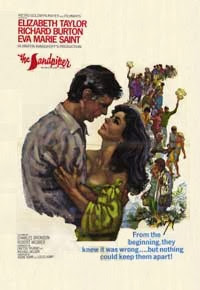 This week we have a beautiful soundtrack from a 1965 film “The Sandpiper,” starring famous husband-wife team of Richard Burton and Elizabeth Taylor. The film was directed by Vincente Minnelli. It managed to win an Academy Award for Best Original Song, which had became extremely popular.

The music for this song, "The Shadow Of Your Smile" or “Shadow of your smile” was written by Johnny Mandel with the lyrics written by Paul Francis Webster. The song was introduced in the film as a trumpet solo by Jack Sheldon. Later it also won the Grammy Award for Song of the Year.

Whenever I hear this song I am reminded of beautiful California coastline and the seagulls flying so well picturised in the song.

Here is the trumpet solo along with film titles


Here is an equally beautiful version sung by Andy Williams

You can also copy and paste the link http://youtu.be/bGZXMpOkoso in your You Tube App. If that also does not work, search You tube, Sandpiper, “Shadow of your smile.”