Travelling- without a Mobile phone? 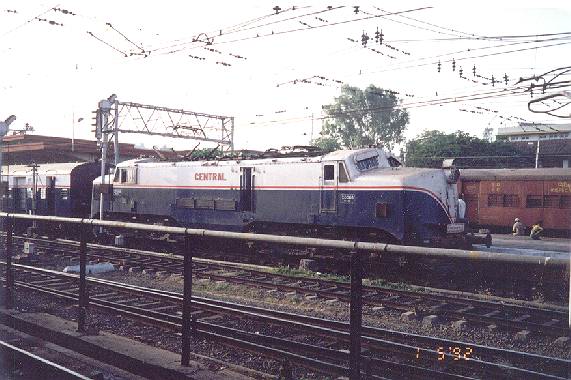 Some time back, I was travelling from Mumbai to Pune city by a train service well known as 'Deccan Queen'. These days, everything except for the name of this train service, has been changed or modified Even sixty years before, when I was just a kid, this train service was still very famous. This train then, used to have only 8 or 9 carriages, one of them being used for dining purposes. All the coaches in the train would be First class coaches. The journey was extremely comfortable and was considered as ultimate in comfort. If a family of four was travelling, an independent compartment would be made available, which offered great privacy.
Sometime in 1960's decade, chair cars appeared for the first time on the train. These push back chairs, provided in these coaches, were no doubt very comfortable. However, instead of the old arrangement of having 3 seats abreast in a row, four chair cars were now provided in a row. Under the disguise of modernization, Indian railways had very cleverly reduced effective space and privacy available for each passenger by making four people sit abreast. This sitting arrangement continued for further three or four decades. After 1990, Railways introduced air conditioned chair cars on this train service. The cars became air conditioned all right, but now 5 persons were made to sit abreast in a row. In another clever move, Indian railways managed to give even less space to the passengers on the train, charging them the same fare as before.
These new air conditioned coaches also did provide some amount of sound proofing for the passengers and the usual rattling and vibratory sounds of the train travel were heard with much less intensity. This was a good point but interestingly created another side effect. The chatting amongst co-passengers no longer remained private and was heard by everyone sitting around. Similarly, mobile ring tones and the talk also could be clearly heard by every one sitting nearby. I remember clearly that in one of my journeys from Pune to Mumbai, a person sitting just ahead of me, had by mistake, brought the house latch key with himself on the train. Apparently his wife had come to see him off on the station. This gentleman had then called his wife from train on his mobile, who was in a public transport at that time returning home, and had told her loudly the details for next 5 minutes, where he had kept the duplicate key hidden behind a window. Everyone sitting near him, came to know about his house and where they hide the house latch key. If there would have been some social miscreants around us, they could have easily taken advantage of the situation. 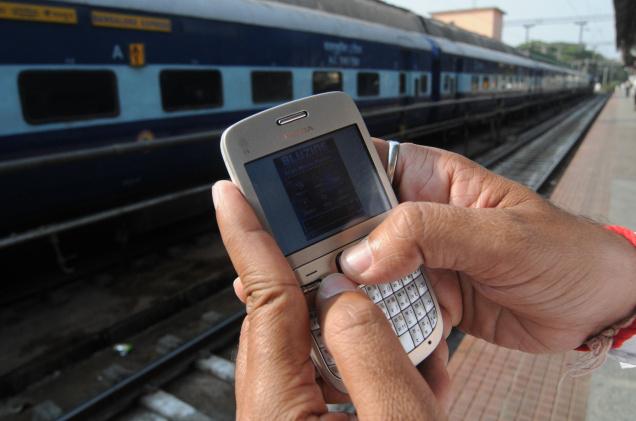 This 'Deccan Queen' also makes the return journey from Mumabi to Pune in the evening on the same day. During one such return journey, my co-travellers continuously kept on getting calls inquiring about their current location. They were also reporting all the time to someone or other on phone, about having reached XXX station or having just left YYY station. As we neared Pune, the phone calls were now from the people having come to Pune station for receiving the travellers. Where they should meet? What dresses are being worn by them, so they can be identified easily? Etc. Etc. Some co-travellers were also informing their families in Mumbai about having reached Pune safely. In my coach, perhaps, I was the only traveller on that day, who never received a call or made one. I have made this journey by Deccan Queen on many occasions during last thirty or forty years. All details such as, where would I get down? Where would the person who has come to receive me, be standing? Are part of an old routine for me and my family and I did not find any necessity to make calls for this purpose. There was nothing to report on phone that day.
Once travelling to Mumbai by a public bus, we got stuck in a worst kind of traffic jam. I spent entire day on the road, in a place called 'Malvali'. Finally, when the traffic started moving again, I took a return bus in the evening and came back home in the night. In those days, there were no mobile phones at all. So my family came to know about my day having been spent at ' Malvali' instead of Mumbai, only in the night. Really speaking, there are both pluses and minuses when one is carrying a mobile phone in travel. When I used to travel without mobile phones, I would to be in complete darkness about any domestic difficulties or what was happening in my factory on that day. The person in charge, in my absence, had to deal with the situations. Because of this I would have no worries about the factory, work or my home in Pune and I could concentrate on my work, for which I was any way travelling. Recently, I had gone to Delhi, with few friends of mine. All my friends were in continuous contact with their businesses in Pune. They had tough time there as they were simultaneously solving business problems from back home and were also meeting people and carrying out business deals in Delhi. Carrying your mobile on travel has plus side too. I remember that when I used to be away, I would never know about any serious problem or new business opportunity in my factory in Pune and many a times have lost god orders because of my absence.
If I am ever asked a question regarding which travel is better, one with a mobile or one without? I would definitely prefer the travel made with my mobile. If I am carrying my mobile with me on travel, (Which now I always do!) everyone including myself has a sort of secure feeling. This feeling is so much comforting, whenever I have to travel to a foreign country from Mumbai's international airport. Earlier it was not possible for a traveller to contact anyone outside from inside the airport lounges and everyone outside would be in total dark regarding actual departure. I remember a peculiar incidence when my flight to Hong Kong was delayed by 24 hours. I found it extremely difficult to inform about this delay to my people in India as well as abroad. Now you can be in contact with everyone, till about your flight is about to take off. Similarly, as soon as your flight touches ground, you can switch on the mobile and be in touch with your near and dear ones.
A mobile phone is like a double edged sword. It can cause hurt to yourself if misused. I feel that if this misuse could be avoided, this modern gadget is a real blessing for a modern traveller.
at 3:56 PM