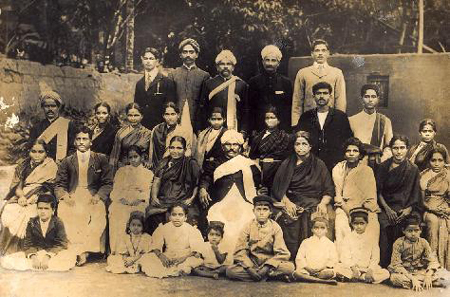 In India, a joint family always has been a norm over the ages. This joint family would consist of number of brothers, along with their wives and children, all staying under one roof. Normally the eldest brother would be the titular head of this family. This family also included aging parents, widowed aunts and other financially dependent relations, who have remained or became single for some reason or other and were quite useful subsequently for carrying out odd jobs for the family. Over the years, some dispute or other would start simmering in such families because of the inherent injustice, such a family system is bound to cause, to some individual family members. Things sometimes would then come to a head and disputes amongst brothers would surface. In such times, either the family would be split with brothers going their own ways with legal division of all the family assets, or an outsider, normally a trusted old friend , would be called in to settle the dispute amongst brothers. This person in legal terms is called an arbitrator and his decision is called an award. Which may be or may not be binding on the quarreling or waring parties. Federal Government of India, which essentially is a coalition Government presently, very much reminds me of such an Indian joint family from the past. The coalition partners of the Indian Government appear to be quarreling and bickering all the time but have managed somehow to stay together for last 3 years.
Many years ago, when I was working for a big industrial group, we used to have weekly intra- departmental meetings to review the progress done on various projects in hand and take decisions, if required, for speedy implementations of the directives given by the management. We had, in our meetings, one senior executive, whom I shall call Mr. Nuisance. In any discussion, he would invariably raise his objections to the proposals. The reasons varied. Sometimes technical, sometimes non technical. But the result was always that any new proposal irrespective of it's merit, would get blocked and would be through only after this Mr. Nuisance was satisfied. The present Indian Government also seems to have acquired through coalition politics one such Mr. Nuisance, who seems to be blocking almost every major initiative from the Government. There is however one major difference between our Mr. Nuisance and the road blocking partner of the Government. Our Mr. Nuisance blocked everything just by pure habit. He never had any motives behind it. Our Federal Indian Government proposals are getting blocked for some kind of ' quid pro pro' (Tit for Tat) motive.
Let us quickly run through the proposals that remain blocked.
* International treaty with Bangladesh about sharing of Teesta river waters.
* Foreign direct investment in retail sector.
* Banking and Insurance reforms
* Legislation regarding formation of an ombudsman or 'Lokpal'
* Application of GST or Goods and services Tax.
* Establishment of National Counter Terrorism Center
* Reduction and subsequent elimination of subsidy on petroleum products and fertilizers.
* Labour law reforms
I do not find myself to be competent enough to comment upon all the above proposals that have been blocked. However, I can certainly express my feelings over first two points. For last couple of years inflation and in particular food inflation is raging in India. The retail food prices, which a consumer has to pay, have risen so sharply that many common items are already beyond the budget of common man. Yet the producers of food are being paid so poorly for their farm yield, that most of the farmers have become bankrupt and some have resorted even to end their lives. Any school going lad also could conclude that in such a situation, there is a serious anomaly somewhere. The mismatch is occurring because the prevailing foodstuff distribution systems of middlemen and market yards, who have a virtual monopoly, are raking in profits. The easiest way of correcting this mismatch is to build an alternative to the present distribution system through private retail chains, who would buy farm goods directly and sell them through their own retail chains. Some Indian companies have already tried their hands on this and any one who cares to visit a retail chain like 'Big Bazar' can immediately find the price difference between 'Big bazar' prices and retail market prices. The problem with Indian retailing companies like 'Big Bazar' is that they do not have necessary infrastructure, operational systems and financial muscle for starting such large scale operations and sustain them, which could have an impact on present market mechanisms. Rightly, Federal Government wants to allow International chains like Wallmart, Tesco or Carryfour into India, who have the necessary qualifications. Unfortunately our dear Blocker friend sees red here of some ulterior motive in this and has blocked the proposal.
In International treaties, there has to be some give and take. One needs to sacrifice something for larger good of the country. India's foreign affairs ministry has certainly made it's mark in last couple of decades. India's policies in Myanmar, Bangladesh and further in Vietnam are working extremely well. Teesta water treaty was proposed similarly, after much consideration and discussion with Bangladesh. This treaty was supposed to have been signed last year, during visit of Indian Prime minister to Bangladesh. When Prime minister was in Dhaka, our dear Blocker suddenly saw red light and found that this treaty is very bad for the country and decided to block it. India's relations with Bangladesh came down by several notches no doubt. Prime minister had huge loss of face and credibility, but our dear Blocker obviously does not care. 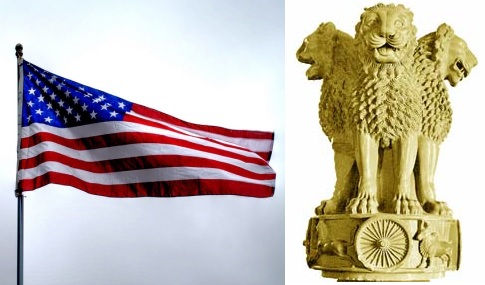 Let us now come back to our original idea of Federal Indian Government being like a joint family. It is obvious that the squabbles and bickering has reached such alarming state that the Government in Delhi now finds that an arbitrator is needed badly. Some hints must have been passed to the appropriate persons. What better choice could be there than Uncle Sam for this job. So we find Mrs. Clinton in Kolkata on her official visit. Only problem with her is that this arbitrator's award is not binding on anyone. Our dear Blocker may very well reject it.
In any case, what can ordinary citizens of India like me do, except for watching helplessly from the sidelines. The economy is going down the drain, taking the Rupee along with it and consumer prices climb upwards reaching the sky. Meanwhile the squabbles, bickering and ' quid pro pro ' goes on merrily in Delhi. We can only hope that the great family is not split at the end.
7 May 2012
at 3:19 PM