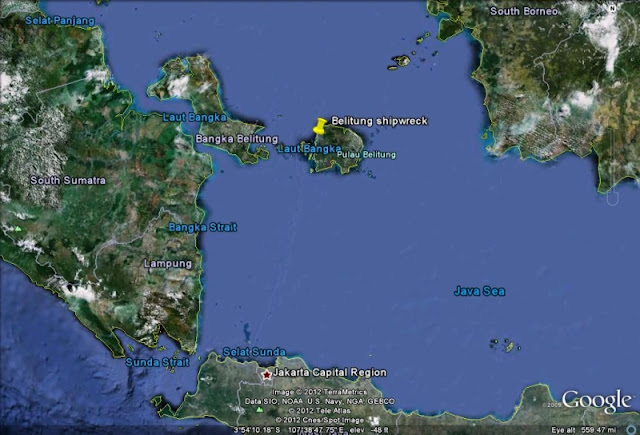 Belitung is a small island located in Java sea, famous for its picturesque beaches. In a map, you can see it just north of Java island and approximately northeast of the southern tip of Sumatra island. The shipping traffic that sails through Sunda Straits and going towards South China Sea, passes along the west coastline of this island. In 1998, fishermen searching for sea cucumbers on this coastline discovered an ancient shipwreck here. The wreck found at a depth of about 51 feet was in shallow waters near the coastline and therefor was very vulnerable to looting and accidental damage because of the fishing activity. Because of this reason, Indonesian Government soon authorized the salvaging operation and entrusted this job to a German company. 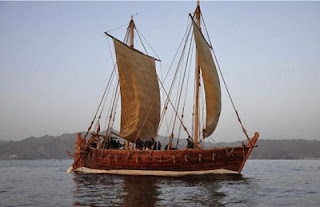 A Replica of the sunken ship
Even though this salvaging company, appointed few archeologists to record the details of the site, the ship and the contents, it is believed that the job was not done professionally enough and commercial angle was given more importance than recording the historical significance. The salvaging company salvaged all the valuables from the ship and found a staggering number of more than 60,000 individual items mostly consisting of chinaware, gold and silver objects besides few personal items. From the position of the shipwreck, it was generally believed that the ship had began the voyage from some southern port of China and had passed through Singapore and was travelling towards Sunda straits to proceed to Indian ocean to reach its destination in the middle east. The company, which did salvaging, were luckier than Luc Haymans company, described in Part I, as Singapore government got interested in the historical significance of the cargo and bought off the salavged items in one lot for 40 Million Dollars. The priceless cargo is now exhibited in the Asian Civilizations Museum in Singapore and is well worth a visit. 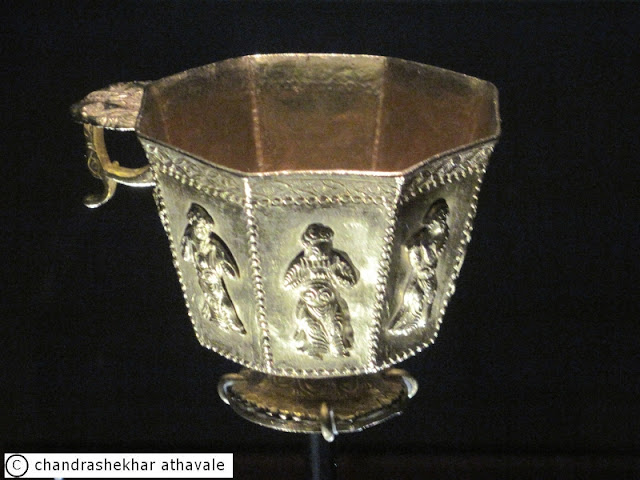 A gold cup with figures of musicians 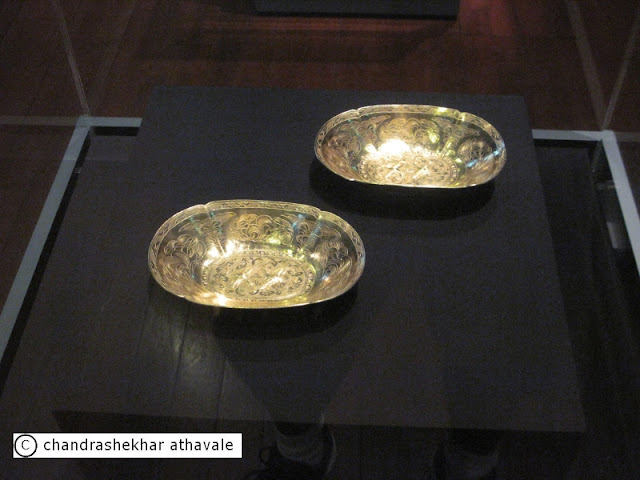 A pair of gold bowls 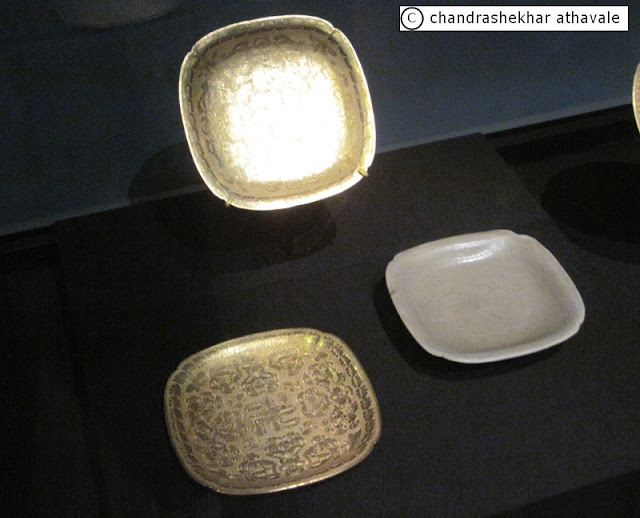 A pair of square gold dishes 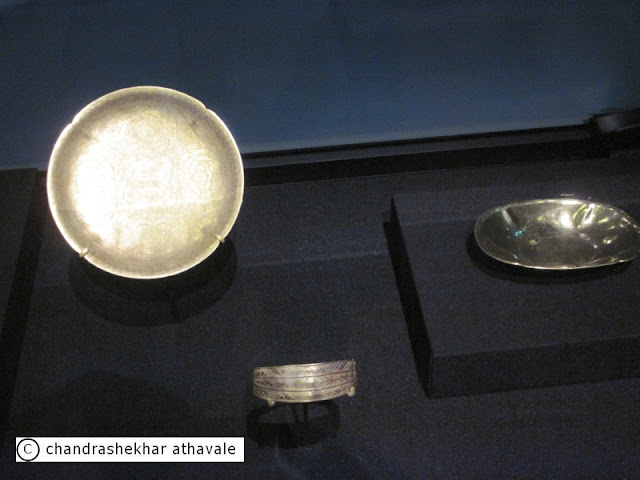 A Gold dish, bracelet and a bowl 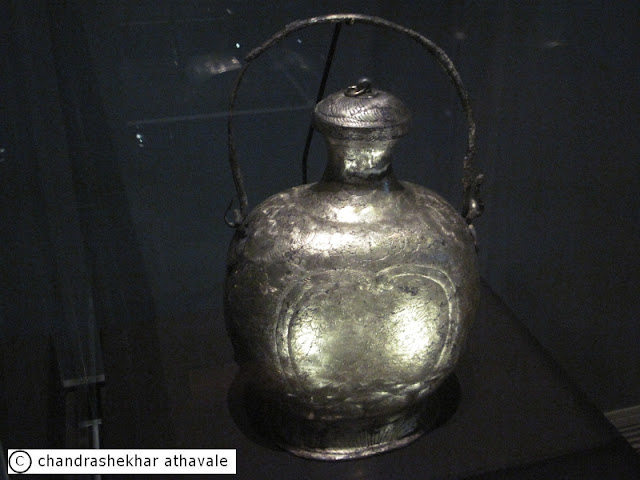 A silver flask
The ship was constructed from wooden planks sewn together as was the practice of those days in the Persian gulf. It was obvious that the ship owners were from west Asia. The analysis showed that the wood for the ship mostly came from Africa with some additions made with native Indian and south east Asian woods. On one of the bowls found in the shipwreck, a date corresponding to year 826 CE was found inscribed. In addition, the chinaware found in the wreck has distinct characteristics of chinaware produced during Tang dynasty rule in China. From these two facts, the year of the shipwreck is believed to be around year 830 CE. This shipwreck therefor was considered as the first and the most important proof of the heavy volume of trade in ceramics that took place between China and Abbasid empire of west Asia with its capital in Baghdad. Besides ceramics, number of items crafted in gold and silver also were salvaged. All these goods prove the amount of cultural and trade exchanges between east and west more that 1100 years ago. 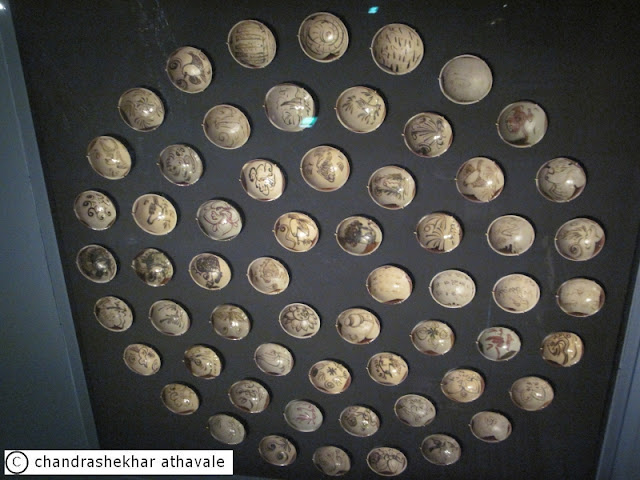 A collection of ceramic plates with exquisite designs 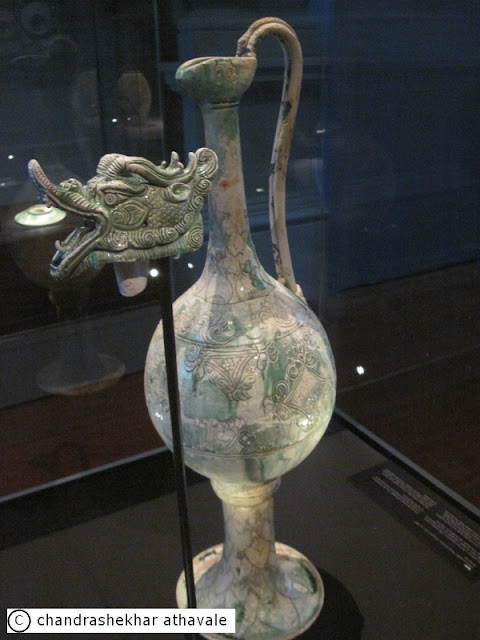 Ceramic Ewar and a stopper 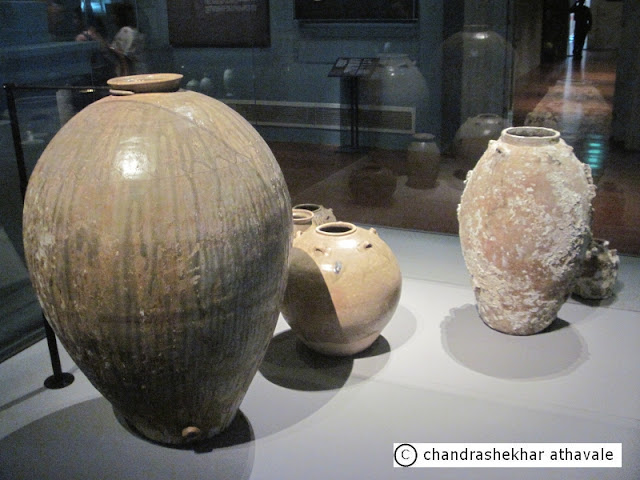 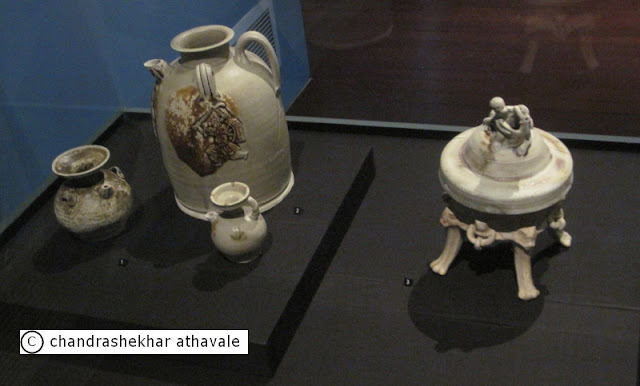 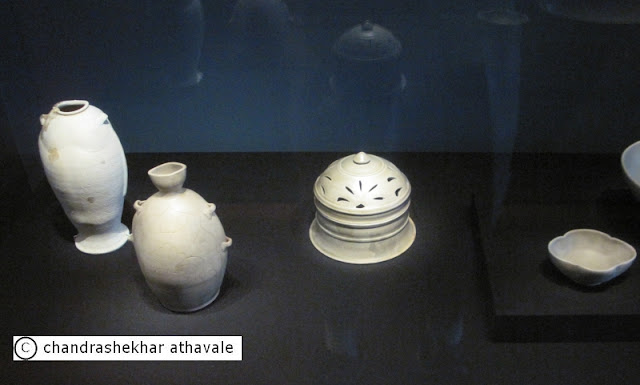 More ceramic pots
We may never know, where the ship was actually headed? Whether it chose the sea route through Sunda straits, to avid rampant piracy in Malacca straits of those days? Or was it headed for Java to unload some cargo or pick up new crew? We can only infer that huge international trading activity went on even during those days and the craze for imported goodies is something that we have inherited since a long time.
4 April 2012
at 11:23 AM