A modern city in desert lands of western Tibet 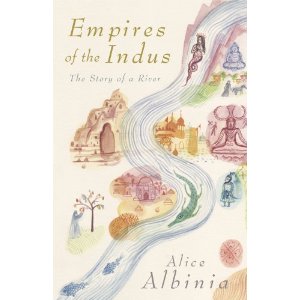 Many a times, when I have spare time and nothing worthwhile to do, I just launch Google Earth programme on my computer. In fact, it has been one of my favourite pass time on the computer. I have been fortunate enough in my life, to have got an opportunity to travel to many distant lands and places in the past. I normally try to locate such towns and cities on Google earth, where I have travelled, and try to locate all the places and sites I have visited in the past. Its a great time pass and even for places visited by me in the past, where I always thought that I know almost everything about them, I find a wealth of new information, such as roads leading to that place, forests and rivers around it, and other geographical features. I just love all this.
Sometime back, I came across a book, 'Empires of the Indus', written by a British trekker, Alice Albinia. In this book, she describes how she managed to find the true headwaters of the river Indus, deep inside Tibet. I found this description to be of great interest and tried to locate the river Indus and it's headwaters on Google Earth. According to the observations made by the author of this book, a major portion of the waters of the river Indus, actually comes not from rivers flowing in Punjab, which later join Indus, but from number of tributaries, which flow down the mountain ranges of Tibet. Ladakh and Baltistan to join Indus river.
The river Indus or Sindhu, enters Ladakh region of India, flowing west from the Ngari district of Tibet. It has been always believed that Indus originates from a glacier on a mountain, which is in the vicinity of the well known 'Kailash' spur. This glacier, 'Kailash' spur and famous Mansarovar lake, are all located in this Ngri district of Tibet. The rivulet flowing down from the glacier near 'Kailash' spur joins another river called 'Sengye Tsangpo' or ' Shiquanhe' near the town of Ali or Gir. What Alice Albinia had observed was that the Sengye Tsangpo river does not originate from any single glacier. It''s waters come from many small tributaries flowing down the hills in this region and always carry enough water, as against the rivulet coming from glacier near 'Kailash' spur, which almost freezes during winter. Based on these observations, Alice Albinia has reached a conclusion that Sengye Tsangpo river is the real source or headwaters of the Indus and not the rivulet coming from a glacier near 'Kailash' spur, which is merely a tributary.

The Confluence of Sengye Tsangpo and rivulet coming from Kailash
Chinese have now built a huge dam on the Sengye Tsangpo river. Alice Albinia has found out that this dam has been built by China, without even informing India or Pakistan, which happen to be the lower riparian countries on Indus.
Other day, I thought of finding out, how these rivers actually look on Google Earth? I traced back river Indus towards east on Google Earth. I was always under impression that Tibetan region east of Ladakh, is a mountainous region above snow line, so that there would be perpetual snow there. Actually this entire region is a desert land just like Ladakh. Tracing to east along the Indus river, I reached the confluence of 'Sengye Tsngapo' and the rivulet coming from the glacier near 'Kailash' spur. Tracing backwards along 'Sengye Tsangpo' river, I could easily find a modern township called Ali (Chinese) or Gir (Tibetan).

City of Ali or Gir and the Sengye Tsangpo dam

This Gir town, turned out to be a real surprise for me. As seen from Google earth, it is a well planned medium sized city. I could have never imagined that within the barren desert land of west Tibet, such a big city could exist. In 1960, Chinese built a road connecting Xinjiang province in the north to Tibet. This road passes through the Aksai Chin area belonging to India and illegally grabbed by China. This road passes though the Gir city. Perhaps to facilitate the road construction work and as a garrison town for soldiers maintained on India border, Chinese Government have developed this modern town here. From the photographs given on Google earth, the town does not have a Tibitan look at all and looks a typical Chinese town. It is difficult to say whether Tibetan populations have any affinity for this town or is just a cantonment area.

Ali or Gir city
This town has a population of about 25000 and an airport is being constructed here. Since 'Kailash' spur and 'Mansarovar' lake are not very far from here, the pilgrims in future may use this town as a transit point.

In spite of whatever local population thinks or wants, when Chinese Government decides to locate a city at any particular site, immediately they build a huge and wide main road along with huge buildings of standard design on either side of the main road. Something similar has also happened in Gir. The travellers in this region say that a large contingent of soldiers is always employed in the Aksai Chin region, illegally grabbed from India, and perhaps to support this large contingent of soldiers, this city may have been built up out of no where. To have a reliable water supply for the town, the Sengye Tsangpo' dam must have been built. In a very typically Chinese way, Chinese government had never bothered to consult the Indian or Pakistani Governments, which are actually lower riparian countries. Chinese Government is not concerned with the effect that this dam would have on the Indus waters. Perhaps they feel that if there is an effect, it is really Pakistan's head ache.

A recent satellite photo shows a huge amount of water that has been stored and diverted by China, which would have normally flown down the Indus to Pakistan. It is interesting to note that Chinese have diverted a large amount of Indus flow and Pakistan is either not knowing about it or is just keeping mum about it for whatever reasons it knows best.
at 10:12 AM