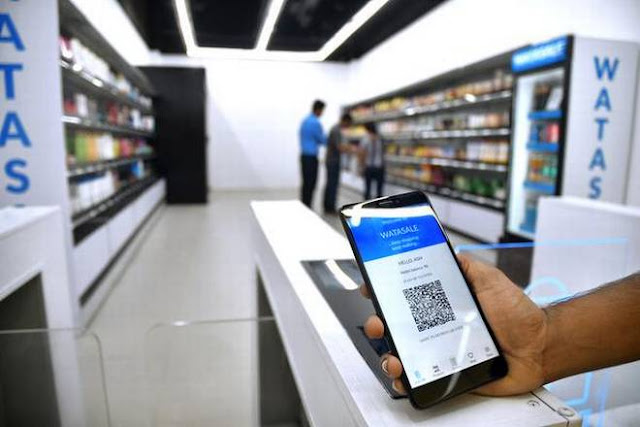 What you hate most, while buying stuff at a big super store? I am sure that nine out of ten people will answer that standing in a long queue before a cashier, is their most hated experience in a super store. Mom and pop stores fare no better. You go to the shop. Tell the owner, what you want and while he would walk to the shelf to get the stuff, you wait patiently. After he brings up the desired goods, you examine them and if satisfied, pay to the shop owner. He then usually walks to his cash box and brings up the change and gives it to you. The deal is over only then. We go through either of these rituals almost every day or at least several times in a week. It is not something about which to feel enthused. Nevertheless, there is no real solution or choice really.
However, there appears to be some hope on the horizon now, at least for people living in the city of Kochi in Kerala. That is if they decide to walk to a store known as Watasale, recently launched by a Kochi-based startup, at the city’s Gold Souk Grande Mall. There are no long-winding queues or slow cashiers at Watasale. In fact, there is no cashier at all. There is also no mom or pop, who will get the stuff for you. The store is fully automated. You just walk in the store, pick up what you want from the shelves to examine. If satisfied, drop it into your shopping basket and simply walk out. The shopping is over. Unbelievable, isn’t it? It is however true. In Watasale store, this is exactly what actually happens. The store is cashier-less, which means there are no needless human interactions. Promoters also claim that at this store there is no need to scan the products, generate the bill, enter the card pin, or get the bill checked at the exit. It runs on a combination of Artificial Intelligence (AI), computer vision and sensor fusion, the same technology that is employed in self-driving cars.
How does it actually work? A prospective customer has to download the Watasale app from the Google Play store and enter the Watasale store by scanning the QR code shown on his mobile at the entrance. After that, it is just smooth sailing. Customer picks the products, tosses them into his bag, and walks out. The money is automatically deducted from the customer’s account through credit card or an integrated wallet. So how does it actually work? Unfortunately, promoters of Watasale are rather evasive about this. They say that they use computer vision (Whatever that means!) but do not use facial recognition. They depend on multiple classifications based on artificial intelligence and identify the customer based on the algorithm (a process or set of rules to be followed in calculations or other problem-solving operations, especially by a computer.). The customer or their mobile phone is not tracked. Not very helpful, isn’t it? 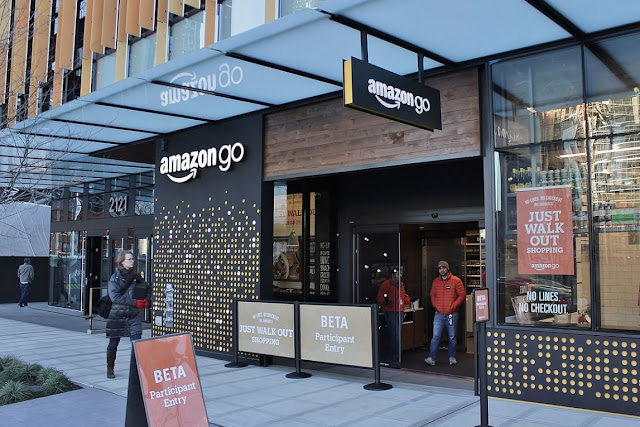 Watasale may be the first in India, but it is not world’s first automated store. That credit goes to the American giant Amazon, who opened their first full-fledged automated store called Amazon Go, in Seattle on 18 January 2018. Some information is now available about the operational procedure used by Amazon in this shop. The ceiling of the Amazon Go store has hundreds of multiple cameras and store shelves have weight sensors, to detect which item(s) a customer took. If a customer takes an item off the shelf, it will be added to the person's virtual cart. If a customer places an item back on the shelf, it is "taken out" of the virtual cart. Cash registers and checkout lines become superfluous. Customers are billed after leaving the store, using credit cards on file. 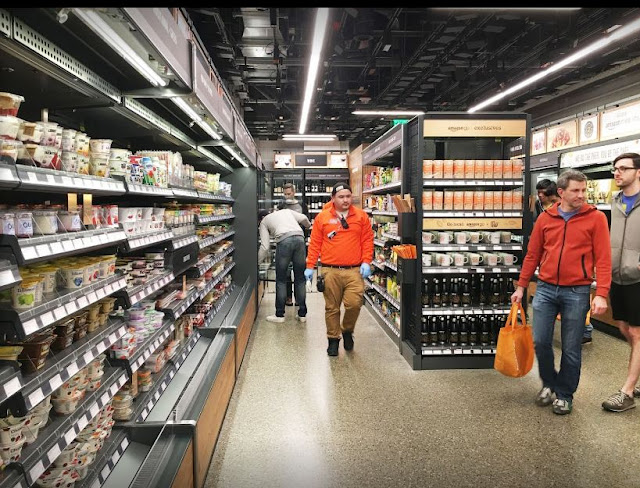 Amazon had reported problems in the initial phase. These included correctly identifying shoppers with similar body types. When children were brought into the store, they caused havoc by moving items to incorrect places. These challenges seem to have been met now. Another problem crops up when too many customers (more than 20) enter the store, making it difficult for the cameras to identify persons correctly. Amazon has managed to open its second Go store in Seattle on August 18 2018. Significantly, this store has less floor area than the first store. 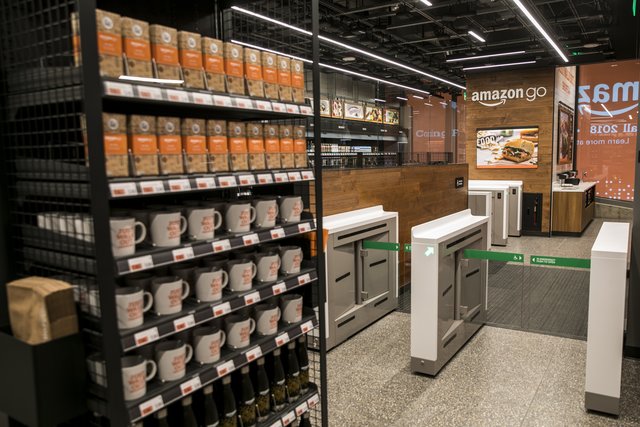 This problem of dealing with a larger number of customers is perhaps leading Watasale to concept of micro stores. According to Watasale management, these ‘stores next door’ will be deployed in apartment complexes, housing areas, workplaces and transit areas. These work as upgraded vending machines, but on the same cashier-less principle, where the customer can scan the QR code and pick up what they need. These micro stores can be placed in any location, and the customers can use them at any time of the day for groceries, daily essentials, food items and the like.