To banish or not to

In chapter X of his famous work ‘Republic’, ancient Greek philosopher Plato (fourth century BCE) discusses whether to Banish or not to Banish poetry. He concludes that poetry must be banished from the hypothetical, ideal society; however, if poetry makes “a defense for herself in lyrical or some other meter,” she may be allowed to return from exile. Nearly twenty-four centuries later, we are forced to make a similar decision, though no longer on “platonic” plane, where abstract ideas and truths, Plato believed, existed in a place beyond the material objects of the world. On the contrary, our decision very much concerns material objects of the world; we come across in our everyday life in real terms. Yes! I am writing about banishing the plastics from our everyday lives.

About 3 months back a dead juvenile Sperm Whale was found off the Murcian coast in southern Spain after choking on 29 kilos of plastic debris. The dead fish looked emaciated because it had starved to death. In its stomach was 29 Kilograms of plastic, causing an infection. In the year 2005, In Mumbai city, a 24-hour period saw 944 mm of rain, which took a huge toll on the city. Mumbai’s only river, Mithi was choked and flooded. Later, as an expert committee looked at this abnormal choking of river, it was found that the principal cause of the choking was collection of plastics, in particular Plastic bags, near the mouth of the river. Today, you go out on any high way, the commonest site, we can see is accumulation of plastics, in particular again- plastic bags and bottles, on both sides of the roads and the fields. The grazing animals eat these bags along with grass. Clearly, Plastics is the new Godzilla, a Japanese monster, depicted as an enormous, destructive, prehistoric sea monster awakened and empowered by nuclear radiation that keeps growing all the time. 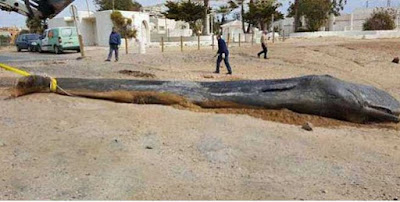 Over the decades, plastics has grown into a huge industry, that spreads from petro carbon refineries to  a web of small one room factories that churn out carry bags, disposable cups, spoons and lunch-boxes. Because of the large employment generated by this industry and the stakes people have in it, any remedial cure is always prevented. According to a study, an average American throws away approximately 84 Kilograms of Plastics each year. Mercifully, for India, this figure is 11 Kilograms. This however is off set by the demographics and as a result, according to official information given by Indian Government, Indians as a nation throw away 15342 Metric Tonnes of plastics every day or a staggering volume of 5599830 Metric Tonnes (5.6 Million Metric Tonnes) in a year. However, the worst part is yet to come. Out of this, a huge volume of of 6000 Metric Tonnes  per day or 2190000 Metric Tonnes (2.2 Million Metric Tonnes) every year of plastics remain uncollected  and litter both private and public places, roads, river banks and even sea coasts. 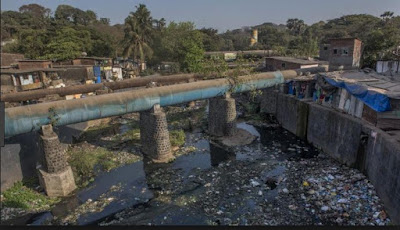 What can we do, as individual citizens, to lessen the impact of this monster? The problem looks horribly stupendous and at the outset, any environment lover is likely to be afraid and feel quite hopeless about getting rid of this monster. It is obvious that state intervention is required and unless that happens, no progress can made. Several years before, Government of Maharashtra state in India took a half-hearted step towards finding a cure, when a ban was enforced on plastic bags that are less than 50 microns thick. The move failed in a most spectacular way. No one could tell in the first place, whether a bag was less than 50 microns thick or above it; unless he was in possession of an instrument, like a micrometer. Secondly, manufacturers of plastic bags simply shifted their production units outside state borders, where state had no jurisdiction, and poured back their production in Maharashtra. Because of high stakes in the industry and the convenience plastics offer to a common person, it was considered politically suicidal to bring in any legislation that would banish plastics.

However, Government of Maharashtra finally took political courage and decided to banish plastics. No halfhearted steps this time-as all one time use plastics were banned lock stock and barrel. There were usual impediments like stay orders and court cases. However, Hon. High court of Mumbai sided with the Government. Government also stood political pressures rather well with simply neglecting all barking dogs.

From day one, I (that includes my wife too) had felt that we must do our bit. There were skeptics, who predicted that like most Government schemes even this would run its due course and fizzle out. We however decided that Ban or no ban; we would be plastics free from now on. As a first step, we set upon collecting all the plastics from our household. You will not believe it, but total plastic junk collected was enough to fill three regularly sized gunny bags. Plastics came out from everywhere, bedrooms, kitchen, and water closets. It appeared that during last few decades we had decided to collect a largest plastics stock an individual household could manage. We had our sad moments of parting, especially with zip-lock bags, which we had lovingly brought back from every tour, made beyond Indian coastline. (These are now available in India itself). With a heavy heart, we bid our good bye to even these. There were some beautifully printed plastic table sheets and bags. They even had to go.  Mercifully, for us, Government had allowed that plastics could be disposed of along with dry garbage. We took full advantage of that and by due date (23 June 2018) we were at least 99% plastics free.

Plastics still turn up in our household; from most unexpected places and come in with merchandise bought. We have started t segregating it. We would dispose it off with the collecting centers, set up for the purpose at periodic intervals. It feels kind of guilt free to live in a plastic free home. I would recommend it to everyone.