It all started about four years back, when during election campaigns, one of the political parties in India, promised that if it is elected to power, people of the country would be able to see and enjoy happy days, which have eluded them ever since independence. It so happened that eventually people elected this party to power and ever since a debate has been raging on media, social or otherwise, whether this party has fulfilled its promise or has failed the people.

In India, we have a Government that works at three levels. At the top is the federal Government. Then we have the state Government and finally the local Government. The responsibilities of all three have been well defined by the constitution of India. It so happens that the same party is in power at all three levels, naturally by people’s wishes. This would mean that this ruling party cannot point fingers at others for non-cooperating, and has to accept final responsibility in all cases.

With the ‘happy days’ debate being a favourite subject of media, I thought of carrying out my own little survey at personal level to find out, whether there has been any improvement in the quality of life for me. At the outset, let me make it very clear. I am just an ordinary law abiding urban citizen of India. I live within whatever is earned by me. I neither need any special help from Government to get rid of my  loans, nor am I part of the begging brigade that wants things kept reserved for them. I am sure that there are millions like me in India, who just want to live their life peacefully. 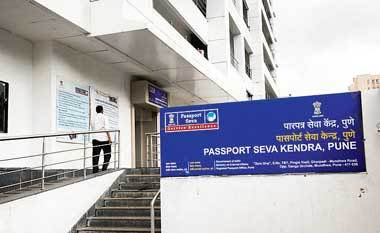 Let us begin with the central Government. My passport was due for renewal this year. The renewal procedure earlier was very cumbersome with forms to be filled in quadruplicate and a travel agent’s help was a must. The new procedure involves filing a form on-line and things just follow logically after that. Your appointments are set up by SMS and you do not need to do any follow up, except attend the passport office, go through their well-organized process, and finally visit the Police station for verification if asked for. I received my passport just within a month with no hassles. Considering the number of passports handled by this office, I found that time of one month was quite reasonable.

Another point of contact with central Government is obviously filing the Income Tax returns and getting the refund. I shudder even to think about the old procedure, where one had to stand in a long queue to submit return at the Income Tax office and then wait endlessly for the refund cheque to come. Many a times the cheque would be received after its validity was over. Now returns are to be filed on-line, where an inter-active form guides you through. The refund again comes directly to your bank account. For last three years, I have been getting my refund well within a month if not earlier. 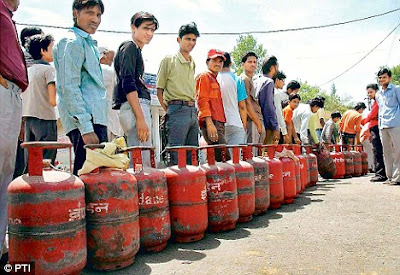 Sometimes, when I think about the past, I feel it to be so unreal and unbelievable. Getting an LPG cylinder refill for example. I have even gone to the distributor’s office to get a refill with an empty cylinder carried along. Most of the times, there would be a waiting list of weeks before the cylinder is delivered   at your doorstep. Now things are so damn easy. Just give a missed call and your booking is done. You get the cylinder within a few days. Your subsidy is credited to your bank account directly. Previously, I have stood  in line; to get a token, which would entitle me to get a daily ration of pasteurized milk bottle (after cash payment); to book a scooter and endless number of things. Delivery time for a Bajaj scooter was once ten to twelve years and a Fiat car 16 years. Now you can barge into any showroom, pay and immediately get your motorcycle or car.  There is a plethora of milk and milk products available on shelves of every grocer’s shop.

Ever since I remember, India was always a country of shortages. As a result, price of some commodity or other would shoot up suddenly, but today these are the days of abundance. Every commodity seems to be available in good supply with moderate rise in prices. Some people may doubt that but I think it so.

Let’s now come to state Government. As I have mentioned above, I neither am a farmer nor depend upon reservation quotas to get some privilege. I believe that merit and merit alone should be the qualification. This means that I do not have much of interaction with the state Government. However, when I see Pune Metro project coming upon or people travelling from Mumbai to Pune in just over 3 hours, I know that things are coming up well. However, the real ‘icing on the cake’, as far as the state Government is concerned, is the new initiative about banning one time use Plastics. Not only I fully endorse this policy, but also I am confident that, if implemented properly, we should see the benefits well within a year. Another point that deserves credit is the availability of electric power on continuous basis. Gone are the load shedding days, when you would not know, when and how long, power would be switched off. Thanks to many reforms, power is available in abundance.

Lastly, let’s come to the local Government or the Municipality. There are three areas, roads, traffic control and garbage, where I believe that the local Government needs to do much more. Traffic in Pune remains chaotic, to put it mildly, uncontrolled. The present garbage collection system is archaic and I would like to see far greater degree of mechanization.

Neither I belong to the party in Power, nor am I a Government spokesperson. I am just an ordinary citizen, who wants to live comfortably with whatever I earn. My observations should be taken in that spirit. I do not know whether   happy days have come or not?  But if the present situation does not qualify for it to be called so, how do we define happy days? Perhaps readers know the answer.