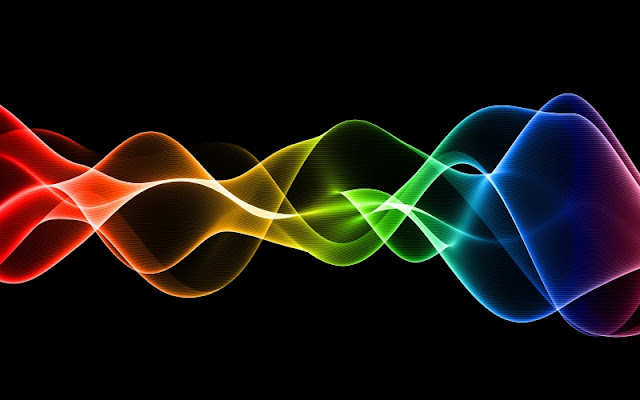 I was taught in my Physics classes that light displays dual properties. It behaves like a ray as well as like a wave. Let me explain. If we stand in front of a light bulb, we see our shadow on the wall. This shows that the light rays falling on us are stopped by our bodies and create a shadow.  Yet, light also behaves like a wave, when it creates Fresnel zones or interference patterns created by two independent light waves crashing into each other. Light Waves also have their crescendos and nadirs (the highest and lowest points).

Unlike light and its dual nature, humans seem to prefer to behave in ways  that can be compared to waves. Take fashions, as an example.  If a particular attire is in vogue, humans of every possible shape, height and weight,  try their best to adjust and squeeze themselves in that attire of latest fashion; in vogue at that  point of time;  irrespective of the fact, whether it really suits them or not. 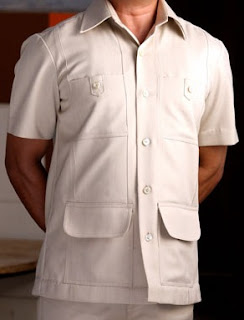 About 50 years ago, a dress called Safari suit was in vogue. At its crescendo, it was the main stay of every businessman, when out on a business related visit. It was also the staple garment of all Government officials from top to bottom. Slowly, the Safari wave subsided and reached its nadir. First, the businessmen gave it up. After that, for some more time, Government officers continued to wear them but then they also gave up. These days, only chauffeurs and drivers prefer to use it, perhaps because the wear has many pockets. 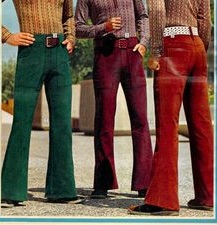 Another fashion that was in vogue was known as bell bottom trousers. I have yet to see a more horrendous creation than this, where the trousers would be tight fitted near the knees and would be stupidly loose fitting, near the ankles, creating a circus joker type look. Yet bell bottom trousers were in great fashion and vogue. We even had safari suits with bell bottoms; a stupidest garment ever created.  Luckily for humans of male kind, the wave was gone and since reached its nadir. Then came the narrow bottoms, which were so tight on the lower legs that a super human effort was required, even to remove the trousers. Narrow bottoms wave subsided too and we were back at good old trousers once again. About fashions of the fair sex, less said is better. I leave them to enjoy their fashions.

Take cookery as another example. Four or five decades ago, people ate in their houses, only traditional dishes. No one complained or ventured to make nontraditional dishes like even simple Idli Sambhar or Dal Makhani, even when they were popular in other parts of the country. Such dishes used to be served only by specialty restaurants, where no one normally went. People (males) visited “Irani” restaurants for “Chai” and an occasional “Khari” at the most. For womenfolk, firstly they never would visit a restaurant themselves and if anyone from their families was seen eating out, it was considered as the ultimate insult to their culinary skills.  Then in 1970’s came a wave of making Idli sambhars and Dosas at home and suddenly every housewife seemed to be making the tasty south Indian dishes at their homes. Cookery classes came up and   special cooking apparatus for Idlis and Dosas became available in the market. Sometime in 1980’s, Chinese dishes came in vogue. Every housewife worth her salt jumped on the band wagon. New tuition classes came up which started training housewives in making chop suey, spring rolls and Manchurian rice. A new class of food called Indian Chinese (Chinese dishes to Indian tastes) was created. It was the turn of the Pastas and Pizzas to gain household popularity then followed later by Burritos, Nachos and Tachos, stuff of Mexican vintage. I often call these as food waves. If you ask me, what is the latest food wave?  The latest food wave is to eat out. Quality and cleanliness are no longer important. Even if the “Bhel” or Bombay mixture vendor is making it next to a garbage dump, it’s O.K. People drive their luxury saloons to the garbage dump and stand there in a queue to get the tasty “Bhel.”   Home cooked food is strictly “No-No” and out of fashion.

Wave theory is not restricted only to things we do. It also holds true for diseases with which we are afflicted. In the middle of twentieth century, people fell ill and died, because of waves of diseases like typhoid, cholera, Malaria and simple straight forward Influenza.  Earlier to that it was the plague.  We used to call these as epidemics.  No one is dying with these deadly diseases any longer. Their place is now taken by waves of new diseases like diabetes, cancers and heart attacks. Only good old Malaria and Influenza seem to be still holding their forts now.  Influenza has given up its old simplicity and now comes in new, more deadly forms; such as Bird flu, HiN1 and Chikungunya.  Malaria also has a twin brother now called Dengue. One could perhaps explain, why waves or epidemics of diseases came up in yesteryear, because the diseases ware contagious. How can you explain, why so many cases of people now suffering with cancers, diabetes and heart failures, surface every day? 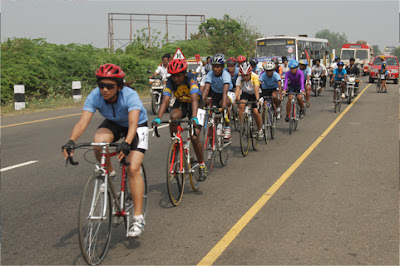 When I was in school, I often used to find a particular sport, gaining popularity all of a sudden, when during recesses; every boy would be seen playing that game. Whenever a foreign cricket team came for a visit, it would be a cricket fever in school. Same used to happen with hockey. We used to call them sport seasons. Yet these seasons came like waves and disappeared like them. Waves for sports, like Tennis or Badminton, never reached their crescendo, as very few could afford the gear. The current wave in sports arena is that of cycling.  In Pune of yesteryear, a bicycle was a necessity. Everyone (at least all males) used to transport themselves to schools, colleges or work by a bicycle. I remember that in my factory, I had operators who came to work after riding their bicycles over ten or twelve Kilometers without any special gear, in ordinary day to day clothes, every day. Their bicycles also were reasonably priced. Sports bicycles of  today may cost between twenty five thousand and hundred thousand Rupees. A bicycle was a necessity then and not a fashion. These days, cycling is in vogue as a sport. On any morning, particularly on weekends, one can see droves of young and middle aged men and women wearing fancy headgear, shorts (also known as bicycle shorts) and special shoes, riding their bicycles for Kilometers and Kilometers. The bicycle wave is truly at its crescendo now.

Another activity wave that is sweeping across these days is called “jogging” which used to be called as running earlier. People no longer run in old fashioned way. They jog. I cannot say much about this new wave because I am not qualified to say so as I have never jogged in my life. But I believe that since it is a form of exercise, it must be good for health. It’s another question, whether overdoing it, is helpful for health? But at least it generates more business for X-ray clinics and orthopaedicians, where these middle aged joggers are often seen heading to.

Some people call these waves as a craze or a fever. I don’t think so. A craze or a fever is one time affair. A wave is a repetitive phenomenon. These waves that seem to hit us are bound to come again and again, may be after a half century or full. But they will come for sure. All we can do, dear readers, is to wait and see what wave hits us next!