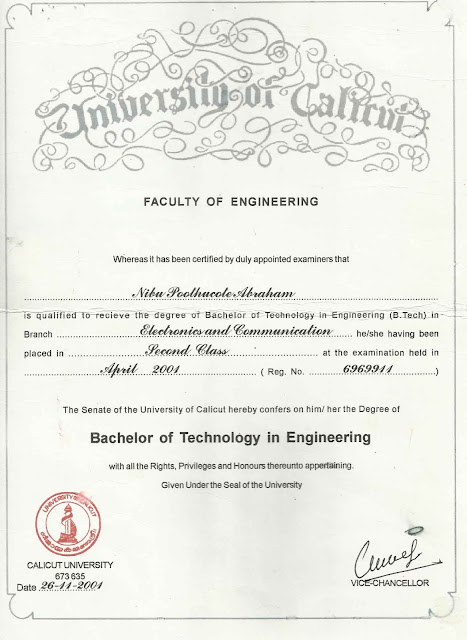 I recently faced an awkward situation, when one of my close relatives approached me to sign some papers as a witness. I casually went through the document before signing. I was quite surprised to see that he had mentioned his educational qualifications as B.Sc. I positively knew that this gentleman had left the college after first year and had never studied for any examination after that. But since my job was only to sign as a witness, for him having signed the papers personally, I did not raise the issue with him and signed as a witness because having refused to do so would have created permanent frost in our relationship.

This episode was much thought provoking for me. Firstly, I wondered how a person could so blatantly hide the facts from his past, which could be easily found out. But the real problem is for the other person, who knows that it is a false information and puts him in real quandary.

In India, most of the marriages are arranged and it is not uncommon for the near relatives to check the credentials of the prospective bride or the groom as reported to them from outside independent sources. In one such marriage proposal, we were told that the girl was doing her MBA from a business school. We decided to check this up and approached the principal of that school through a mutual acquaintance. After a few days came back the reply. The principal had said; “She is one of the better students of her class.”  The message was loud and clear. Indeed, the girl was studying for the course, yet if it was the academic excellence that we were looking for, the girl was far from it. She was a mediocre or at the best an average student. Since, we were not particularly looking for a person with academic excellence, the principal’s report was thought to be an OK report and the matter was forgotten.

I was however, very much impressed with the principal’s reply and the clever way in which, he had got out of an awkward situation as no one could have found his description offensive and yet it said the truth.

As a senior, I have also faced such awkward situations, where telling the truth may often offend one of your dear ones. Yet, it creates a mini turmoil in the mind to hide the truth. The best way I have found to get wriggle out of such situations is to say that I do not clearly remember the facts. This is also not hundred percent truth because in most of the cases, I remember everything; as sharp and clear; as it could be.

The main question is why people fall for temptation of fudging the facts, to ease out things? Perhaps it is in the DNA itself. In the engineering college, I had a classmate, who was habituated to fudging of facts to any extent. He initially managed to succeed in his studies and later in his career. At a fairly young age, he reached a top position in one of the quasi-Government firms. He however met his nemesis, still at the helm. All untruths and lies caught up with him and he was sacked.

All this comes to mind because of the much published case of a minister of Delhi state in India. This gentleman is believed (or at least it is alleged) to have fudged his degrees ( B.Sc. and L.L.B) and had signed affidavits without least bother. The facts seem to have caught up with him and if the facts are true, he may as well spend part of his future life in jail.

In any society, there are bound to be some black sheep like this minister. Whatever society says, they will keep misbehaving and there is no real cure. Yet the real danger comes when otherwise honest people for temptation of fudging the facts for trivial gains. This is the real red flag for any society.