Maggi in the soup 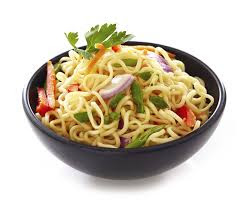 During my trip to Ladakh, about three years ago, visiting “Khardungla” (18380 feet) and “Changla” (17600 feet) passes were two “Once in a life time” experiences for me. Because of their heights, crossing these passes turned out to be most remarkable and worthwhile undertakings by any standards. Indian army runs small canteens at both these places, where hot drinks and snacks like biscuits and potato chips are available and are welcomed by most of the tourists. Surprisingly, both these canteens offer only one type of hot meal to the visitors that consist of freshly prepared instant noodles, from ready to eat packs,  made by a famous multinational company; Nestle and which is known world over as “Maggi.” The reasons for this choice are not very difficult to seek. Because of the height, water boils here at much lower temperatures, making it impossible to cook any food, which would take hours. A hot “Maggi” dish can be prepared, even at such great heights, in a few minutes and served hot.

Though I did enjoy a hot “Maggi” dish at these towering high mountain passes; in general, I do not like the taste and flavor of “Maggi” and normally we do not stock  “Maggi” packets at home except when my granddaughters are visiting, because they just love it. I had a frustrating “Maggi” experience last year, when I had reached the airport at Chennai after couple of long domestic flights on budget airlines. I was quite hungry when I reached the International terminal and decided to have a snack in the departure area. Amazingly, all snack bars there appeared to serve only one dish; hot “Maggi.”  Readers can well imagine my plight with an impossible proposition of ordering and eating “Maggi” in the sweltering hot and humid weather of Chennai ahead of me. Reluctantly, I had decided to go hungry on my flight. 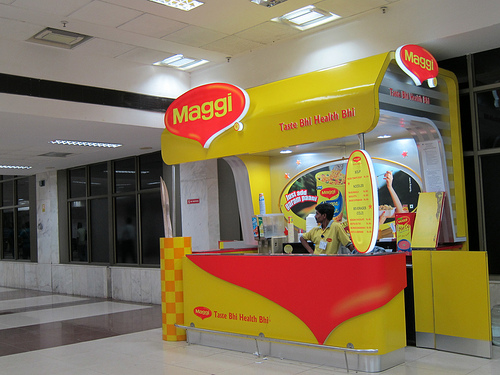 Even though, I never liked it, “Maggi” is everywhere. In my hometown Pune, it is served in footpath kiosks. Restaurants serve it, so do the snack bars. One of the basic reasons for its popularity is that it is so easy to serve. A “Maggi” packet consists of two parts, precooked and salted noodles and a small sachet of some “Masala” powder known as tastemaker. The tastemaker powder is supposed to be spread on the noodles before eating. The “Maggi” packets, made in India, come with a special tastemaker flavor that specifically satisfies Indian palates. This has resulted in, made in India “Maggi” packets, being exported to many other countries, where large number of India expatriates and workers live.
For Nestle, “Maggi” is a very critical product.  Out of Nestle India’s Rs. 9806 Crore (9.8 billion) revenue, almost 30% comes from sales of “Maggi” and its variants. Rs. 180 Crore (1.8 billion) worth of “Maggi” are sold each month in India and its market share in instant noodles is over 80%.
Nrstle India's "Maggi" world  found itself shattered and suddenly collapsed last week, as state after state in India banned its consumption. Even Singapore U.K and Emirates banned sale of India made “Maggi.”
The storm was brewing for more than an year. It all started  in March 2014,  when Mr. Sanjay Singh, a food inspector working at Barabanki in Uttar Pradesh state of India, collected some random samples of “Maggi” as part of his routine examination and got it sent to the food testing laboratory at Gorakhpur. The laboratory results showed high percentages of lead and MSG (Ajinomoto) that were several times over the allowed limits.
Alarmed that he would be taking over a large multinational, Mr.Singh repeatedly collected more samples and got them tested with the same results. After the matter was taken up with Nestle, the company suggested checking the samples at the central food laboratory at Kolkata. It was an ominous sign for the company that Kolkata laboratory confirmed that percentage of lead to be several times over allowed limits.
Mr.V.K Pande, who is working in food security section at Barabanki, came to know about the gross violation of food standards by Nestle and decided to report the matter to his seniors. After more than an year after Mr. Singh had collected the initial samples, the Government finally made the information public. 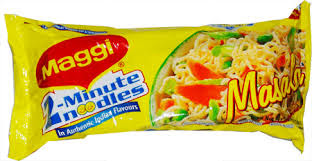 All hell then broke loose as military canteens and big retailers like Big Bazar announced that they would remove the product from shelves. Nestle India’s stock fell by as much as 15%.  Most of the states, after independently testing the product have confirmed excess of lead in the tastemaker.
Nestle sent from its headquarters, a team of top bosses to salvage the situation. It did not help, simply because the buyers had disappeared from the market for “Maggi.”
Where do we go from here?  According to Government, there are two basic violations that require action by company. The first obviously being, the high lead percentage in tastemaker. Company’s defence has been that since the tastemaker is spread over entire contents of the packet, the overall lead percentage is within permissible limits. Government says that since the tastemaker and  the noodles are packed separately, each one of them must meet the safety standards.
Secondly, company has been saying that they do not add any MSG in the product and what is found is naturally generated. Probably that may be the truth. The problem here however is what is marked on the package. It says “ No added MSG.” Government says it is misleading and wants it to mention that the product may have naturally formed MSG in it.
In spite of all brave talk, Nestle has decided to withdraw entire stock from the market, indicating it is ready to follow the rules. It is a prudent step because company has a huge stake in “Maggi.”
The real problem, according to me,  is even when new ”Maggi” packets reappear in the market, would already scared consumers go for them? Probably not immediately. There is no doubt that Nestle will face a stupendous uphill task to make “Maggy” popular again as it was so far. They would have to do it because the future of the company depends upon that.
7th June 2015
at 3:34 PM