The cost of friendship 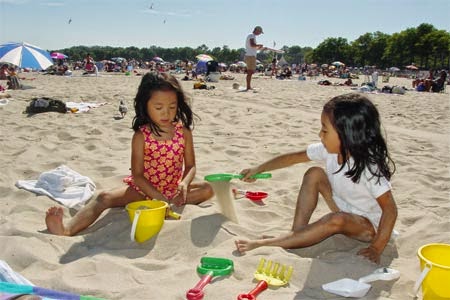 Last month, I lost one of my dear friends. We had acquired friendship during 1960's, when we studying together at the same college. Later, during our engineering course, he had become my roommate in the hostel and naturally, on week ends we used to go for movies together and have fun. I still remember the overnight long study we had done together for a tough looking practical examination in Electrical Engineering. After graduation, I left the college and took up a job in industry, whereas he continued his studies and eventually migrated to US, never to return.

All these years, we managed to kept our friendship alive. We visited each other, when he came to India and I visited US. In fact, I was the only friend, who had stayed with him in all of his homes, be it Virginia, Arizona or California. We always informed each other of major events in our families, though we never communicated very often. Both of knew that the bond of friendship between us was so strong that no formalities were required at all. I met him last in 2014, when he had come to India. At that time, I could not have known that it was going to be our last meeting. R.I.P. My dear friend!

I somehow, do not seem to acquire friends that easily. I am therefore feeling quite saddened to see my stock of friends depleting fast and going below an alarming level. I have already lost couple of friends in last 4 or 5 years. This new loss makes the wound even more painful. A few years ago, I had similarly lost another friend, whom I had met during a trip to Europe in 1975. After the trip, not only we continued to maintain our contact but actually made it deeper by involving our families. Over next decades, we had many a great family get-togethers and picnics where we had fabulous times. His departure has been so saddening that even today, I miss him at moments.

Some of younger friends might wonder, how could I have so few friends that departure of just two or three of them makes me rue and cry for them? They probably would be right by today's standards, where a person may have hundreds or even multiples of that, friends on facebook. I can only tell them that facebook friendship is as illusive as the like button on it, which really means that I have seen this stuff. I have always felt that the term 'friends' used on facebook is a misnomer and the better description of the relationship comes from the word 'follower,' as used on twitter and other social media platforms. Facebook friendship can be acquired just by pressing a button on facebook page. It is absolutely free and does not cost anything at all.

Would this mean that process of acquiring real friends (as I define them) has a cost? According to my mind, there is certainly is a cost, which may not have monetary form at least in the initial stages. When two persons become friends and start spending time together, they may spend money buying eats, drinks or even gifts for the other person. This may involve money, but all this comes much later. In the initial stages the cost does not come in form of money spent at all.

The cost has to be paid in form of listening to the other person and trying to understand him, his likes, dislikes, prejudices. The cost has to paid by being considerate and adjustive to him. Let me elucidate this. I knew a person for several years. ( unfortunately, even he is gone today!) I used to meet him occasionally in coffee shop and some other places. This guy was a show stopper. He would dominate any conversation with his bragging and boasts. His talk usually referred to some deal he has just snatched and the amounts always used to be in millions if not more. I could tolerate him for a few minutes at the best. Except for this habit, he was a really nice guy. But every time we met, he put me off so much by his talk, that I mostly avoided him instead of being friendly.

These days, I often meet an old school mate of mine. He has a peculiar habit. He has firm opinions and grudges about every subject under the sun. He always sticks to his opinions and grudges without even bothering to listen to others. He may be very knowledgeable, but I would prefer to keep away from him and he can never be my friend.

Acquiring friendship that culminates or develops in a deep band between persons, is not that simple. It needs years of association and respect for each other. It also has a very high cost, which can not be explained in terms of money.