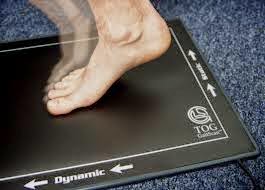 Many of the readers, after reading the title above, might have concluded that I must have committed a silly spelling mistake, while spelling the word sole and have not even bothered to check it before publishing. But friends NO! I have spelled the word correctly and as a matter of fact, I am referring to a tissue of the body, which touches the mother earth, when we stand or walk. I am speaking about the ache or the pain of my poor sole only.

It all started around seven or eight months ago, when all of a sudden, I realised that I have started limping and was finding it difficult to even stand erect for a long time. After little analysis, I found that I was unable to do any of these things, because of severe pain that originated from my sole. I consulted a few friends and was advised that it has something to do with the arch of the foot and I should go in for an elevated insole inside my shoes. I did that exactly and found that the pain was actually multiplying. After spending several weeks in discomfort I decided to go and consult a GP, who diagnosed the pain as coming from the tissue that stretches from our heels to toes and is known as “ Plantar fasciitis.” He suggested some medicines such as pain killers, vitamins and a strict regime of a few exercises. I started following his advice, but found no real cure.

Meanwhile, the pain that so far was restricted to my foot, started to move upwards towards the knee, calf muscles and hamstring muscles. I was quite alarmed but did not really knew what to do. A friend suggested a foot scan; I agreed and immediately got it done. It is an interesting procedure and the results comes out in a pictorial, easy to understand, form. Following the recommendations of the footologist, I got special insoles made for my shoes. Thet however did not work as expected and I was destined to spend next few months in utter agony and despair. I was is such depressed state of mind then that, when a cousin suggested name of a physiotherapist lady, I was quite skeptical. I eventually agreed and had the first consultation. During this session itself, the lady told me that the origin of my problem is somewhere else and first thing I must do is to get an x-ray image done of my lower body.

I did that and to my big surprise, the problem was located to the slight disorientation of one of my vertebra, which apparently was causing all this pain. Once the real problem was detected, I was quickly on way to recovery with a few acupuncture sessions and a strict exercise regime later. Looking back, I must admit that my assumption that the problem was in the sole of foot could surely be termed as my most glaring mistake of this entire period, that involved acute pain and ache to me. This presumption led consequentially to my resistance to visit an orthopedist, who would have surely advised me to do an x-ray in the first place, detecting the real source of my pain much earlier and would have saved all the agony, which I went through later.

Thank you readers for bearing with this long and rather boring description of my journey through pain. But I felt it was necessary to drive home the point I am driving at; early and timely detection of a malaise, a problem, which eventually can cause a catastrophe, is perhaps the best way of solving the problem and is one of the most crucial things to miss.

A relative of mine, had started a mechanical workshop in 1970's, building it from scratch. Soon he had an opportunity to develop oil filters for the diesel engines and he really excelled in that. This lead to an inquiry from a manufacturer of large diesel engines, who used to import such filters so far. It goes to the full credit of my relative that he successfully developed the filters for these large engines. So good were his filters, that soon the engine manufacturer stopped imports and placed on my relative, huge orders against their requirements. My relative successfully met even this challenge, jacking up his production to the level required and everything seemed to work well. 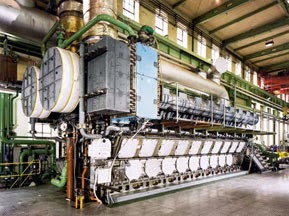 The first indication that the things were not really hunky and dory came, when in one of the months, my relative found out that he had no money to pay sales tax dues already collected from the customer. He assumed that it must have been due to some extra payments he had to make that month. However, the problem not only persisted next month, but started growing rapidly. He had overlooked the simple arithmetic that actually his cost of production was higher than his selling price. Not only there was no profit, but actually he was loosing money. My relative tried to get the sales price revised, but did not succeed. Attempts in reducing cost also could not succeed because the product had copper as one of the major important raw materials, whose prices depend upon international prices. He could not cut down the production as he had committed his entire plant to the new product. Within an year his business collapsed and only thing remained was huge outstanding tax payments.

At a hindsight, it is easy to say that, failing to make an accurate cost analysis before embarking upon a new production, was perhaps the biggest mistake of my relative. But this is how we all make small mistakes to begin with and when finally catastrophe hits us, find ourselves in a desperate situation.

At every nook and cranny on our way through life, we need to look for hidden dangers, which might one day bloom and become out of proportion risks. But being afraid of the risks and not taking up the journey at all, is no solution and besides, the malaise may also could be thrust upon us. Be it my aching sole or my relative's oil filters, a little more, even headed thinking or an expert's advice could have done the trick. It may be worthwhile to take advice after all.