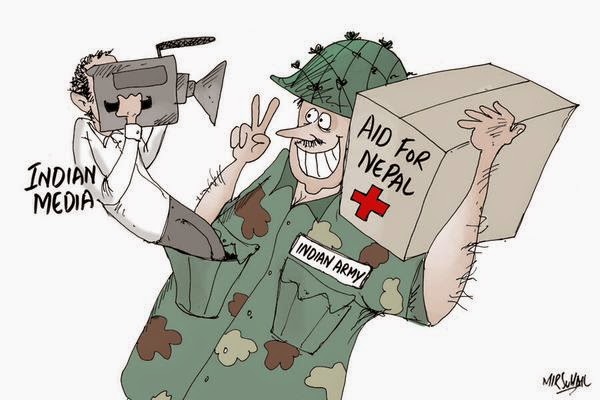 It has been a general practice for me to watch news on TV every night after I have my dinner, ever since television came to my home town Pune in 1974. I am sure that many of readers must have also become accustomed to this schedule in their lives. There have been periods or spells, wherein I did deviate from this schedule, because the news had become simply unwatchable.

The first of these came within an year or two after I had developed this new habit, when India's then prime minister Indira Gandhi had declared a national emergency. The TV broadcast time was very limited in those days. From 7 PM to 10.30 PM only. There used to be two news bulletins every day. On at 7.30 PM in Marathi, giving mostly regional news and one at 10.00 PM giving more of national coverage. Since, TV was still mostly operated by All India Radio, the news bulletins always had much more spoken news than any video footage. I could never make to 7.30 news but I always watched the 10.30 national news. During emergency days, the news was strictly controlled and censored. Nothing was said or shown on TV that could be considered as contrary to official Government views. The result was that the news telecast started becoming such drab and boring monologue that I almost decided to give it up. 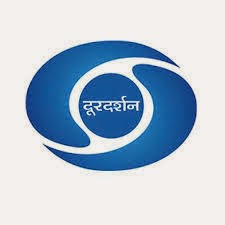 The second spell that kept me away from TV news came in 1984 immediately after Prime Minister Indira Gandhi had ordered a military action against the most important Sikh Gurudwara at Amritsar city. In the aftermath, TV had adopted such dull, drab and terrible routine that to watch TV became, instead of a pleasant past time to a torturous one. Luckily, I went on a 2 month tour of Europe and US and was saved from watching TV in the evenings covering the tumultuous events that happened afterwords in which Indira Gandhi was assassinated and there were huge riots in New Delhi.

Satellite TV came to India in 1990's like a whiff of fresh air that broke cordons of socialistic bureaucratic fiefdom. For first few years, we could see only old TV programming produced by American networks. This changed soon after Indian TV channels were started and we started getting programming made in India and in local languages. No news was yet allowed to be broadcast by private networks. In the 2000's decade first private news networks appeared. TV watchers like me, were overjoyed as these networks broke the Government hegemony over media and tried to provide independent viewpoint to the viewers. There are tens of news channels now broadcasting to people on 24 X 7 basis.

Recently, the broadcasting standards of the channels appears to have changed unfortunately for the worst and they seem to be driven by one and only one motive; that of increasing their TRP and effectively the advertisement revenue. To achieve this, they seem to be concentrating only on the sensational stuff, many a times forgetting that they are overdoing it. Let me give you two recent examples.

Nepal was struck with a severe earthquake two weeks ago. Indian media were quick and very effective in reaching there and projected very well the instantaneous and generous aid that India had offered. But, as it happens in most of the news covered these days, Indian TV media went hyperactive and wanted to be everywhere, including inside helicopter sorties. This started irritating local Nepalese. So peeved were thousands of Internet users in Nepal that they even started a twitter handle #GoHomeIndianMedia to criticize Indian journalists on the ground. This handle remained trending on twitter in Nepal for three days.

A Nepalese non resident told CNN "Your (India)media and media personnel are acting like they are shooting some kind of family serials, I think you are a human before you become a media person." According to one post, a reporter was seen shoving a microphone at a mother who had just lost her son before asking, "How do you feel?" Many twitterati from India were sympathetic to Nepalese. One tweet says.

Anyone, who regularly watches, Indian news media, will not be surprised at all with this reaction. So bad has the standard fallen that these days any trivial issue is blown up out of proportion. Rape, which can not be considered trivial by any standard, is a favourite subject of the channels, yet it is so much overdone that one starts feeling irritated by the details provided.

Four days back, a court of justice, gave its verdict in a 13 year old case in which a popular Bollywood actor was convicted on charges of drunken driving that had resulted in to one death. Indian media was violently agitated and whipped up such a frenzy that it appeared that world was coming to an end. Two days letter, when the same actor was given bail on production of a surety bond, the media went completly crazy. From mid noon till late night, all news channels kept repeating and discussing the issue of bail. By night, I could not take it any more and felt nauseating with the whole affair and just switched off.

I am sorry to say, but if Indian TV media keep overdoing this way, they will soon loose all credibility and worthiness. Readers might ask me, if I am so much peeved by these media, why do I watch them? The plain answer to that is I do not. Occasionally, I might browse through these channels but that is for few seconds only, just to ticker news. I am back full circle and watch these days, Government media news channel. It may be dull and simple, but they have far more balanced coverage of news and they do not overdo things.

The private TV news networks, which started with great promise, are now facing viewer's resentments. Unless they take steps immediately to improve, they appear to be heading towards a sudden crash. Obviously, their loss is gain for Government news media. What an irony?