Going in smiles and returning with tears! 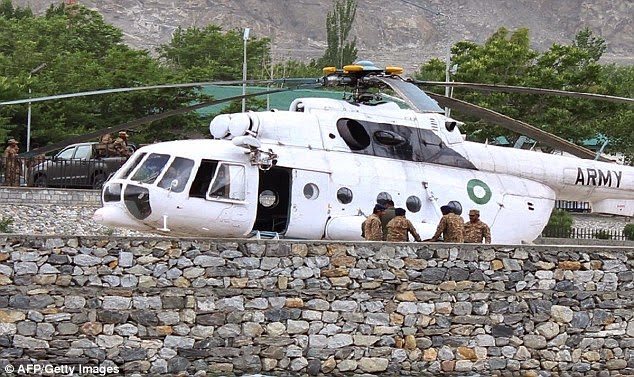 Ms. Maha Mussadaq is a Journalist/News Reporter, presently working at one of the well known Pakistani news papers, The Express Tribune. On May 9th she tweeted, “ Finally back home. Still processing what I have seen&heard.We went with smiles & returned with tears. #Naltar #NaltarCrash #NaltarIncident. What was that where she went in smiles and returned with tears? 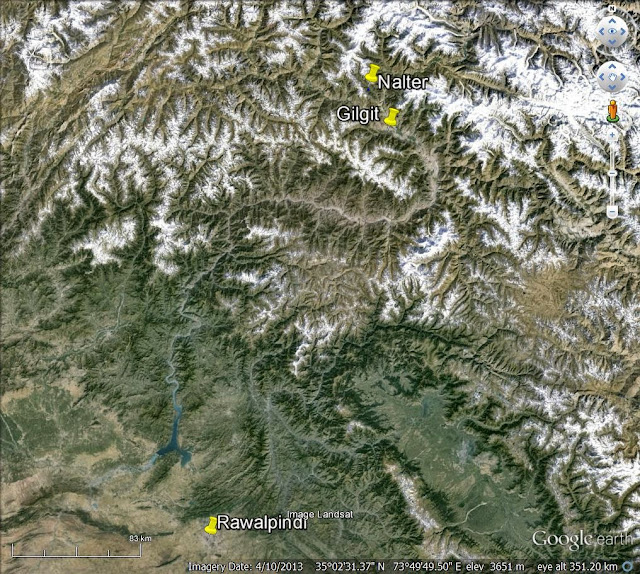 It appears that she was part of the group who was supposed to be taken to Naltar valley in Gilgit-Baltistan area, belonging to India but currently under occupation of Pakistan. From her detailed report, it can be seen that she was one of the 57-member delegation, that had gathered at the Nur Khan Airbase in Rawalpindi, for departure to Gilgit city. The whole operation and its purpose was shrouded in mystery as the delegates were told that the trip, sponsored by the Foreign Office, was mainly for tourism purposes and some high-level meetings were also part of the agenda, including a meeting with the Gilgit-Baltistan chief minister. The delegation after arrival at Gilgit was told that their destination would be Naltar. 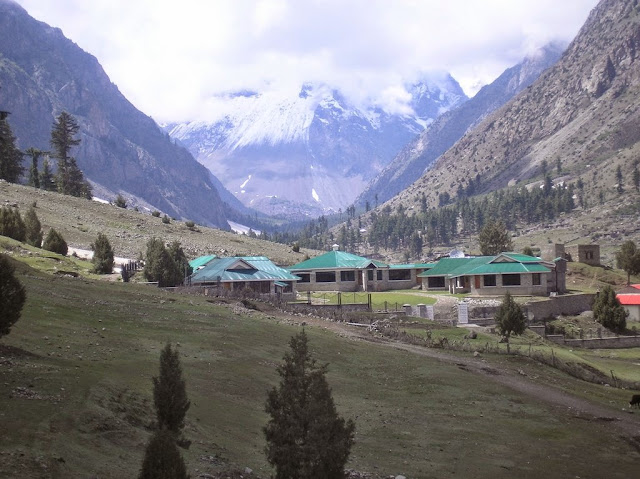 Wikipedia describes Naltar as being 40 km (25 mi) from Gilgit and is a forested (pine) village known for its wildlife and magnificent mountain scenery. Pakistan Military has significant presence in Naltar with Pakistan army signal corps (SCO special communication organization) and Air Force having their bases there. In the vicinity of Naltar, there are mountain slopes that are almost ideal for skiing. 'Ski Federation of Pakistan' has set up ski lifts here for tourists. 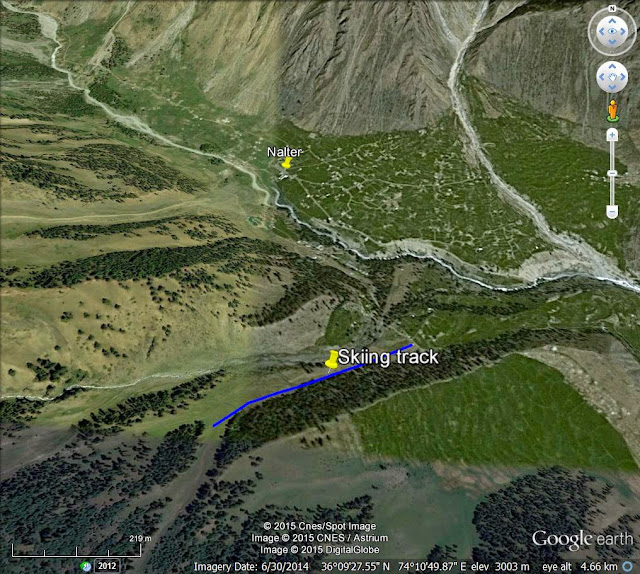 Even though, the delegation was not told about the purpose of the trip, the real purpose of the trip was to attend a public ceremony to inaugurate the newly installed chair-lift at the ski resort by the Pakistani Prime minister himself.
Unfortunately, things were not going as planned from the word go, as Ms. Maha Mussadaq was told that they would now be flying to Naltar in three military helicopters instead of four as planned earlier, owing to technical issues in one of them. The delegation, that included foreign envoys and their families, was divided in four groups and Ms. Maha was part of the last group, which had to wait for the first helicopter to return after dropping the first group of passengers at the destination. By the time she left Gilgit, all other groups had already departed. 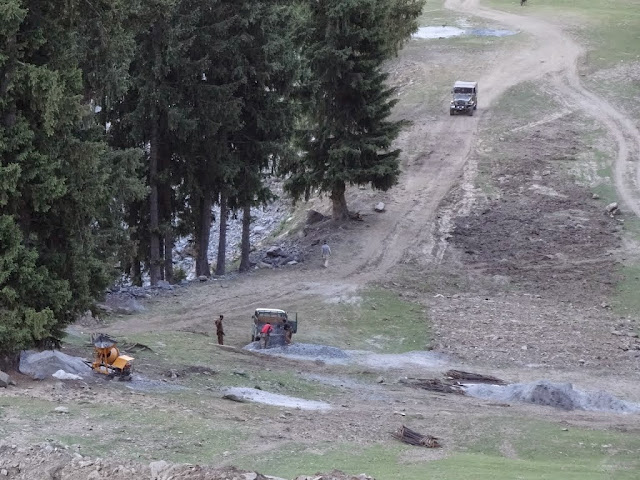 Within minutes, Ms. Maha, saw a massive fire on the ground from her helicopter. A sign on the ground, where the fire has occurred, read out: Army Public School. She reports that even the Swiss ambassador, seated next to her having remarked, “Did a fire break out in a school?” She also saw villagers running towards the fire. Almost immediately the pilot told the delegation that the trip is aborted and they are returning to Gilgit. Only after she was taken to a hotel in Gilgit, she found out the reason of the fire. It so happened, that the third helicopter that had left only minutes before Ms.Mahi's helicopter, had crashed. Six people that included Philippines and Norway Ambassadors to Pakistan, wives of ambassadors from Malaysia and Indonesia and two officers were killed and 13 others were injured.

According to Times of India report; Pakistan Prime Minister Nawaz Sharif was also to attend a the inauguration ceremony and was in his own plane on route to Gilgit, when the ''tragic news'' was conveyed to him. After hearing that news, he returned to Islamabad early, in the wake of the crash. 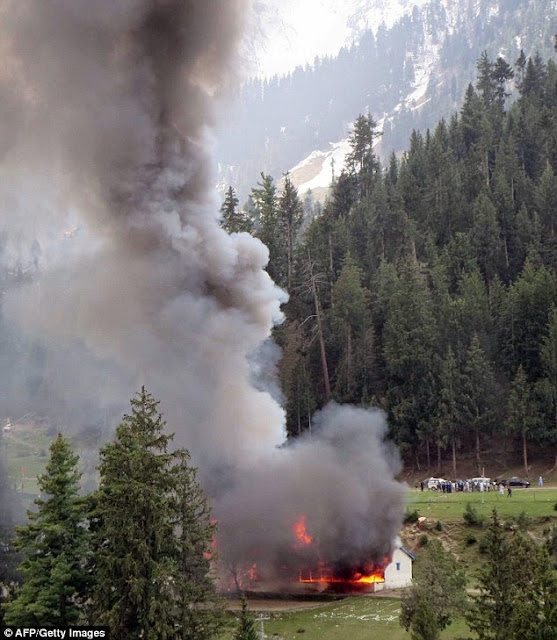 Within hours, the Pakistani Talban issued a statement, claiming they had shot down the helicopter with an anti-aircraft missile, but their real target was Pakistan PM Nawaz Sharif's aircraft. This was immediately refuted by Pakistani Army, which said that the MI-17 helicopter made the emergency landing in the northern area of Naltar.

The matter remains shrouded in considerable mystery and Ms. Maha's account makes it even more mysterious. According to a report published on 11th May, by Dailymail of UK, The Taliban has released a video 'as proof' that they shot down the helicopter carrying foreign diplomats. It shows masked fighters holding a rocket launcher. The video claims that their anti-aircraft gun is almost identical to the one they show in the video. The footage also includes a written message in Urdu from the Pakistani Taliban claiming they fired a missile from a distance of 3 kilometers (1.9 miles) to down the helicopter. 'The missile hit the tail rotor,' says a message at the video's start. A statement issued later from Taliban said that fighter's missile hit the rotor as the helicopter turned, saving it from being destroyed in mid-air. It says; “'No matter if the Pakistani government accepts it or not, it doesn't bother us,''God willing, we will carry out (more) such attacks.”

It might be of interest to recollect that on 22nd June 2013, a group of 15 Taliban terrorists wearing uniforms of 'Gilgit Scouts,' a unit of Pakistani army stationed in Gilgit, had abducted two local guides at 'Fairy Meadows' a base camp in the Diamer district of Gilgit-Baltistan, and had later killed 9 or 10 foreign climbers including 2 Chinese, one American and six Ukrainian nationals.

The Pakistani army as well as Pakistani media continue to refute Taliban claims and say that that technical failure was the cause the crash and dismiss Taliban claim being opportunistic. Perhaps we shall never know the truth, for the simple reason that if by chance Taliban claims turn out to be true, it would raise immediate concern and alarm about security scenario in Gilgit, which happens to be far away from the turbulent northwest of Pakistan, where Taliban has its stronghold.