What's in a number plate? 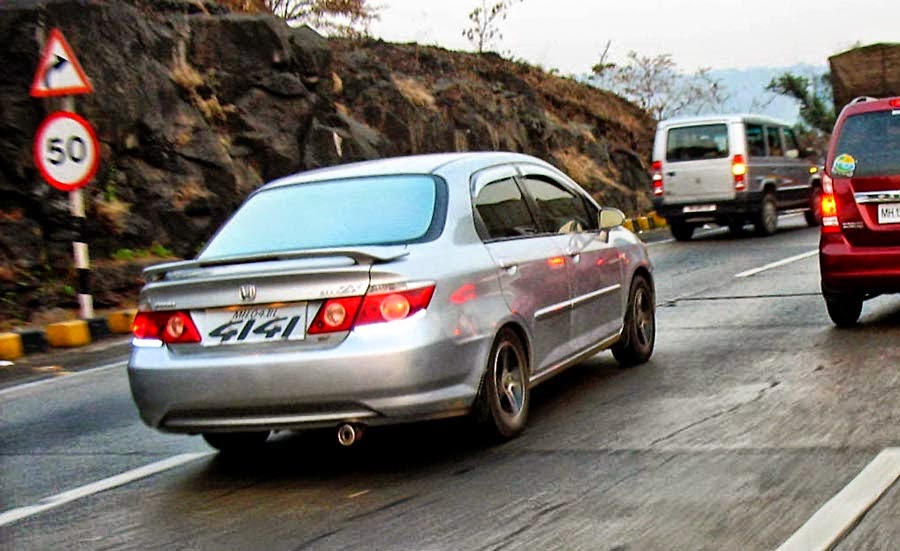 I came across a notification recently from the regional transport controller in my home town, regarding number plates or license plates (as known in some other countries), which are mandatory and need to be fixed on the front and at the rear of all motorized vehicles in India. I do not know, why it is called a number plate, since some alphabets are always included in the so called number. I feel it is really a misnomer. The rules specify the sizes of the plate as well as that of the inscribed letters that form the number. For privately owned vehicles, the plate has to be white with black letters and for vehicles that are given on hire such as taxis, the plate has to be yellow with black letters. 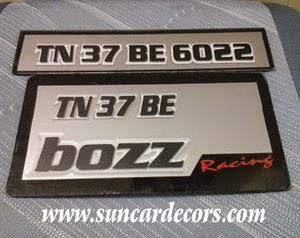 Since the serial numbers are usually given as a 4 digit number only, it puts a limit on allotted numbers as between 1000 and 9999. Such is the rush for new registration of vehicles in India, that this limit could get exhausted in some of the regions just in fifteen or thirty days. To overcome this difficulty, two alphabets are also included in vehicle identification string, just before the four digit number. These two alphabets denote a series and vehicle serial numbers can be repeated again and again with a new series. These series start from AA and might go on till XX.

There are always people around, who want a special number for their car. A person, I know always wants to have a serial number of 3468 for all his vehicles and is willing to pay extra fee for that purpose. Some want special numbers as 8888 or 7777. Some what to be even more special and want to have only a 3 digit number instead of four. 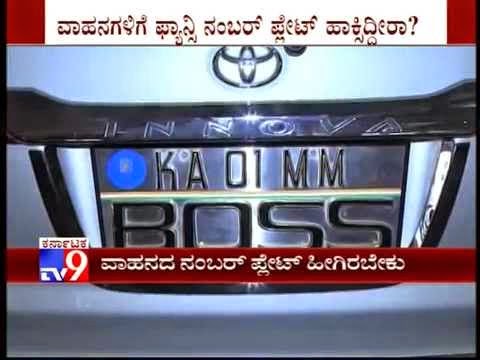 Regional transport controllers, usually allot numbers serially, there is nothing much you can do, but to accept, whatever number is allotted to the vehicle. Someone in the controller's office therefore thought that why not make use of people's craze for special numbers and make some money for the Government. The Transport authorities have now started an auctioning system for numbers, whenever a new series such as GH or LK is to be introduced. Prospective bidders can bid for the special serial numbers that are on offer. Whosoever wins the auction, gets that serial number. Some crazy people even bid in hundreds thousands Rupees to get a desired number. Besides this special number, there is not much you can legally do with the vehicle license plate in India. Though many try to write the English alpha-numeric in Devnagri script or write numbers in tilted fashion so as to extract some meaning. But that is all.

When compared to what Americans do with their license plates, Indian number plates would simply pale and fade in comparison. In US, number or license plates made there appearance right from the times, modern horseless carriages started running on roads. State of Texas decreed in 1907 that all motorised vehicles must be registered - and drivers must display their digits. To start with, these plates were totally a personal choice being made from wood, roof tiles and even leather.

Today, their size has been standardised and generally all that is expected is the owner selects a seven digit alpha-numeric string for the registration, and writes it on the license plate along with the name of the state. So we have nicknames, humourous slogans, lucky numbers, whatever the owner wants.

There is no restriction at all about the colour, script and use of graphics. So don't be surprised if a colourful licence plate celebrating any such thing as the Boy Scouts or the soft drink like Dr Pepper appear in the rear view mirror of your car, while driving. Some motorists write Anti-abortion slogans like "Choose Life" and also might indicate their food choices like with "Mighty Fine Burgers" or advertise for an issue like "Trees Are Cool". In short, there is no limit or end.

In US, at least all license plates, however bizarre they are, are at least legible and decipherable, because they are written in English script. Just imagine the confusion in India, if motorists start writing the number plate in any of the fourteen official languages. The plates would be simple illegible and undecipherable. Its good that we have a strict regime for license or number plates. I just can not imagine the confusion and chaos that may happen otherwise.