The giant revs up again 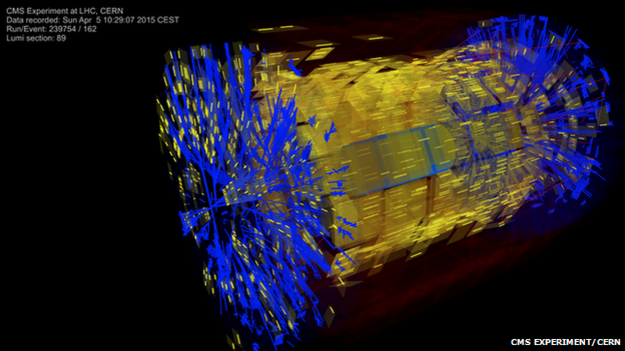 Do you remember, what was the greatest discovery of 2012? It was the experimental confirmation of the existence of the fundamental sub-atomic particle, that converts energy into mass, known as Higgs Boson. A Scottish physicist Peter Higgs had predicted in the 1960's, that there has to be a particle, which would create a mass out of an energy field and would exchange it with another sub atomic particle before decaying it into Photons. There was general agreement about possibility of existence of such a particle, but still experiment proof was required.

A facility was built by the European Centre for Nuclear Research (CERN) in 1970, near Swiss-French border,. This facility, built at the cost of $ 10 Billion, is known as Large Hadron Collider (LHC) and actually is an atom smasher. It is the world's biggest and most powerful particle accelerator, a 27-km (17-mile) looped pipe that sits in a tunnel 100 metres underground. Two beams of protons are fired in opposite directions around it before smashing into each other to create many millions of particle collisions every second in a recreation of the conditions a fraction of a second after the Big Bang, when the Higgs field is believed to have 'switched on'. The vast amount of data produced is examined by banks of computers. Of all the trillions of collisions, very few are just right for revealing the Higgs particle. That made the hunt for the Higgs slow, and progress incremental. 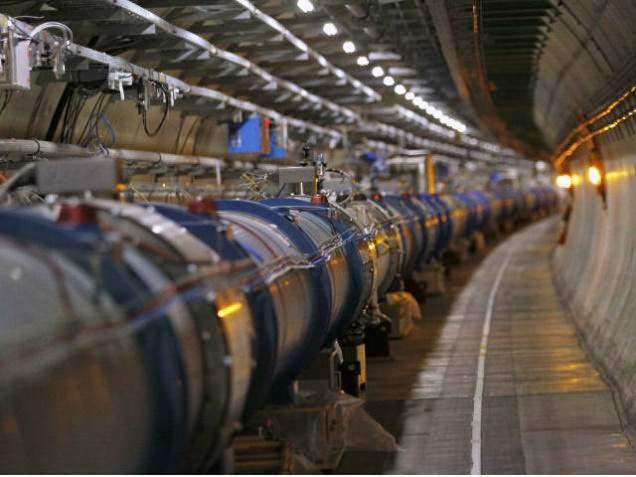 It was with this equipment that the teams working at CERN were able to establish experimental proof of existence of Higgs Boson in 2012. However LHC has not been built only to establish existence of Higgs Boson. High-energy collisions of protons produced by LHC are also meant to investigate dark matter, anti-matter and the creation of the universe, which many theorise occurred in a massive explosion known as the Big Bang.

Soon after the major discovery or to be precise, at 7.24 AM on 14 February 2013, the shift crew in the CERN1 Control Centre stopped the beams from the Large Hadron Collider, bringing the machine’s first three-year running period to a successful conclusion, because a two year long maintenance stop, until the end of 2014, was scheduled. It was also planned to increase power of the proton beam from 7 Trillion electron-volts to 13 Trillion electron-volts, besides another increase in luminosity. 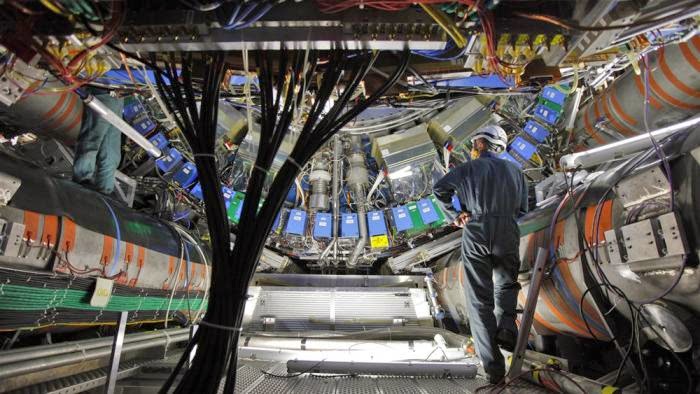 LHC was restarted this week,with protons circling the machine's 27 Km tunnel for the first time since 2013. The Particle beams have now travelled in both directions, inside parallel pipes, at a speed that is just a whisker below the speed of light. The protons are being injected at a relatively low energy to begin with. But over the coming months, engineers hope to gradually increase the beams' energy to 13 Trillion electron-volts. This means that actual collisions between the beams, when they take place after at least another month, will be with nearly double the energy the LHC reached during its first run.

One of the new challenges for LHC is to confirm experimentally whether “dark matter” really exists. The theory of dark matter believes that dark matter makes up some 96 per cent of the stuff of the universe, while being totally invisible. It is also believed to have perfect super-symmetry, which means that all visible particles have unseen counterparts. For last 40 years, the Standard Model of particle physics is in existence. It describes 17 subatomic particles, including 12 building blocks of matter and 5 "force carriers" - the last of which, the Higgs boson, was finally detected by the LHC in 2012. However, the crucial force of gravity still remains unexplainable by the Standard Model. The protons beams in LHC now colliding with double the energy the collisions are expected to create temperatures not even imaginable since moments after the Big Bang. This would create states of the matter that no one has been able to observe before. Physicists hope to find something unexpected that addresses some of the unanswered questions.

What LHC actually delivers in future, only the time can tell!