Smoking is injurious to health 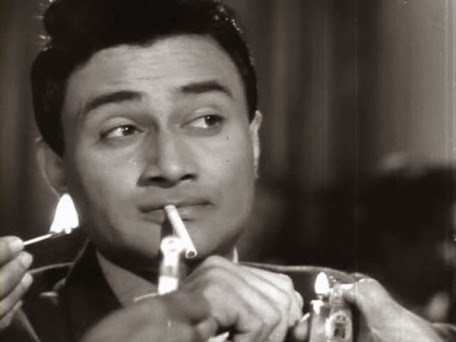 Every day in late mornings, I walk through a narrow lane with small eateries lined up on one side, on way to coffee house. The other side is usually packed with motor bikes of customers, who have stopped here on way, to have a quick bite or a hot mini cup of masala tea. At the time, when I pass through this lane, the crowd is mostly of young collegians, boys and girls both included, who have mostly bunked the classes to have a chat with friends over a cup of tea. I can see many of them sitting on their bikes and chatting with others. I do not see anything objectionable as such in this, though the physical intimacy between sexes is slightly above the line, I would consider as appropriate. Anyway, what I find really objectionable and also surprises me is the fact that majority of these young people, including girls, have cigarettes in their hands and seem to enjoy smoking. Frankly, I might appear as a pompous hypocrite, because I have myself enjoyed a smoke in my youth days in late 1960's and early 70's. But things were quite different those days. Smoking was not considered something that is bad or injurious to health and American researchers had yet to come out with statistics that smoking kills. In fact there was some kind of glamour in smoking with cinema heroes and heroines from Hollywood all shown smoking in the films. classic stars such as Bette Davis, Paul Henreid and Audrey Hepburn, David McLean, Marlon Brando, James Dean, all were seen smoking. Even in Desi or Bollywood films, Dev Anand was shown smoking in the famous film “Hum Dono.” There were smoking shots in famous Amitabh Bachchan films like Coolie, Deewaar and also in one of the greatest Hindi Block Busters of those times, Sholay. Cigarette advertising was very common. Marlboro Man or Kent icy cool cigarette advertisements were hugely popular abroad so also was “Wills made for each other” advertisement in Indian media. 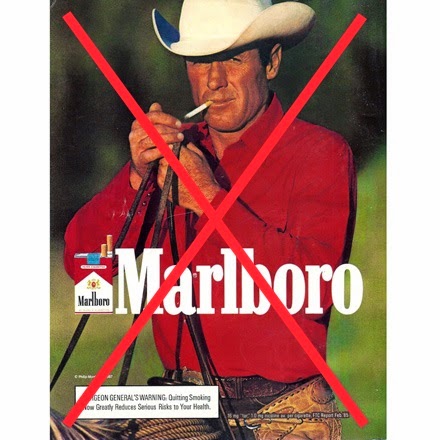 I am, in no way trying to justify smoking, just because it was a fashion around middle of last century because of old is gold theory. This old was no gold but on the contrary a deadly poison, as it was proved later by studies carried out from 1970's onwards. David McLean, whom I have mentioned above, died of lung cancer. Brandon had respiratory problems later in his life and he died because of respiratory failure. Hepburn died because of cancer, though not that of lungs. 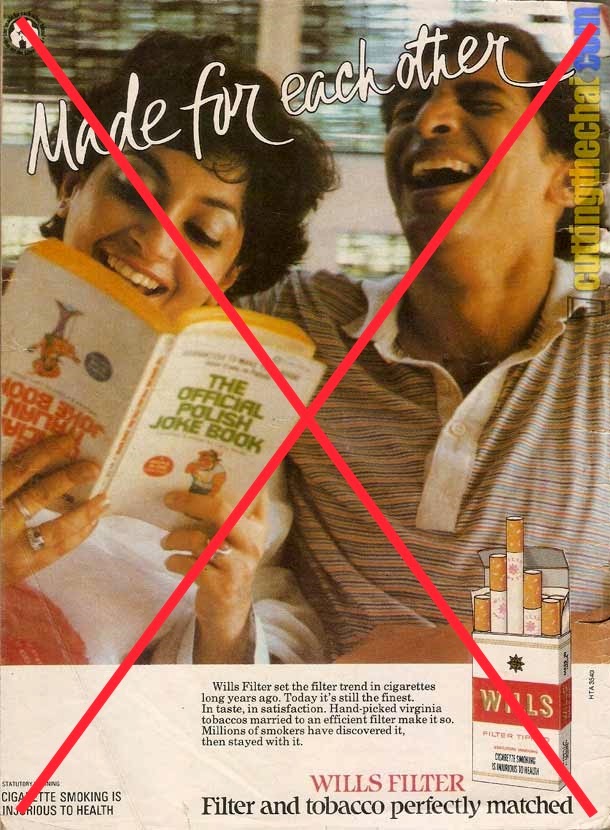 In most of the countries of the world today, including India, smoking is prohibited in public places like restaurants, air ports and railway stations. Smoking is not allowed in aircraft. All these efforts, have certainly helped in reducing smoking at least in public places. In another effort, all over the world, cigarette packs have to print mandatory horrific pictures of people suffering from cancers as caution as just a caption is probably not thought as enough. In India, such a move as been under way, but has suddenly become a source of controversy because of some political bungling by the ruling political party. 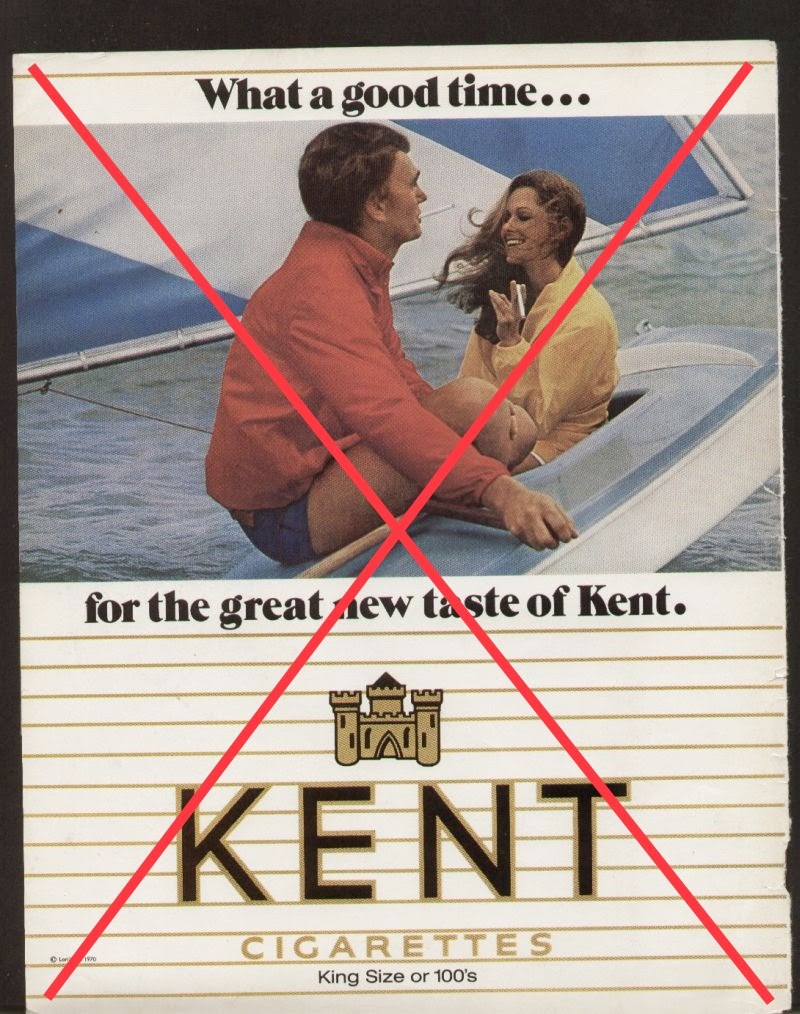 The federal Health Ministry issued a notification in October 2014, making it mandatory for cigarette manufacturing companies to carry statutory warning against smoking on both sides of a cigarette pack and covering at least 85 per cent of the packaging from April first, 2015. According to this notification, every cigarette packet would have to carry the statutory warning on both sides with pictorial depiction of throat cancer and a message in English, Hindi or any Indian language. 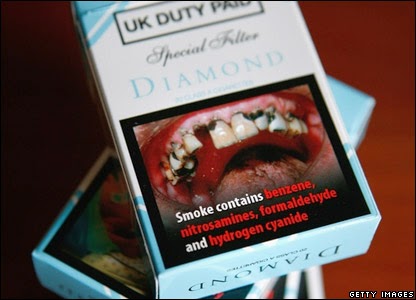 The government decision to increase pictorial warnings on tobacco packets from April 1, was however put on hold indefinitely when a 15 member committee of members of Parliament recommended against this. The most irritating and angering part of this is that the committee consisted of a Bidi ( A cigarette rolled in a leaf instead of paper) manufacturer member. What a blatant violation of the norm against appointing members without conflict on interest? The committee came out with a flimsy argument that no survey or research has been carried out in India that supports the fact that tobacco is injurious to health. This has lead to a major controversy potting the Government in dock. 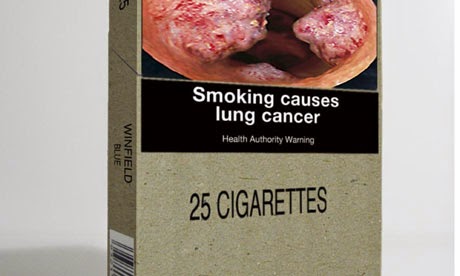 Putting pictures of cancer patients on packs happens to be just one of the measure which has to be implemented. What is needed is a major public relations exercise, more or less on continuous basis to convey to young generation that smoking is not glamourus but a bad habit and is injurious to health. 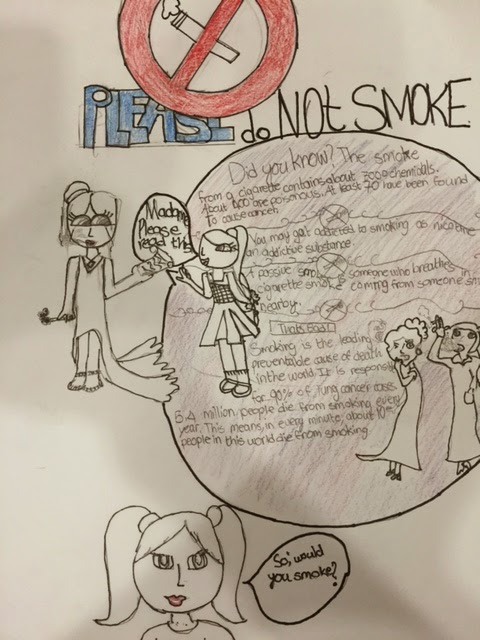 Finally, here is a poster created by my grand daughter ( age 10) which says a lot.