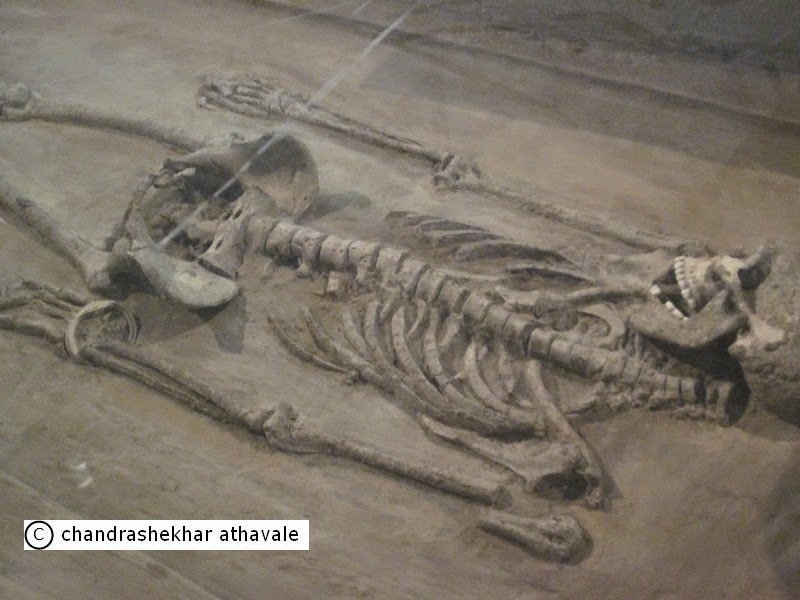 In the year 1923, Sir John Marshall, the Director-General of Archeology in India, published an article in the Illustrated London News, that heralded the important discovery of an ancient civilization in India; at least 4000 year old. The discovered site had a striking resemblance with the finds made at, already discovered pre-historic site of Harappa. Marshall concluded that both ruins belong to the same but so far unknown civilization, which has been found for the first time. His subsequent excavations revealed a large metropolis, now popularly known as Mohenjo-daro or Moenjo-daro (Mound of death.) The archaeological remains at Mohenjo-daro extend to around 300 hectares and make it the biggest and the widest spread ancient city, of Indus civilization. 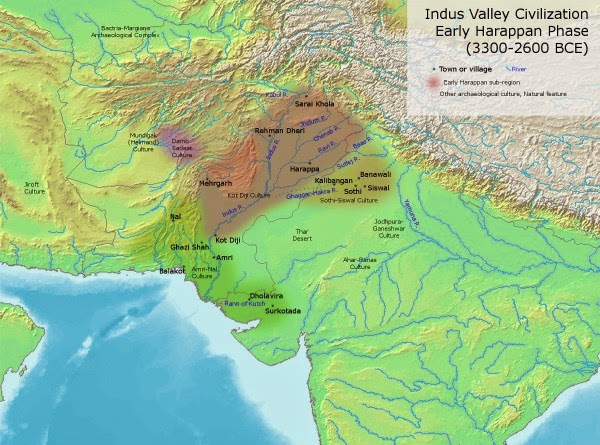 In the year 1963, the Archaeological Survey of India undertook excavation at a new site near Rakhigarhi village in the basin of the Ghaggar river in Haryana state of India and stumbled upon remnants of yet another ancient city. Continuous excavations from year 1997, have revealed a large lost city. In January 2015, two more earthen mounds (no.8 and 9) concealing ancient structures, artifacts and a cemetery were discovered. This discovery of these two mounds, led the archaeologists to establish that this site was even bigger than Mohenjo-daro and was in fact the biggest Harappan civilisation site. The total area of the Rakhigarhi site now measures 350 hectares. The two newly discovered mounds are in addition to the seven mounds already discovered and are spread over 25 hectares each, situated to the east and west of the main site. With this discovery, the latest rankings of the ancient cities from this civilization from their size is changed with Rakhigarhi being first then Mohenjo-daro, Harappa and Ganweriwala (all in Pakistan) and finally Dholavira (in India) as the fifth biggest Harappan site. 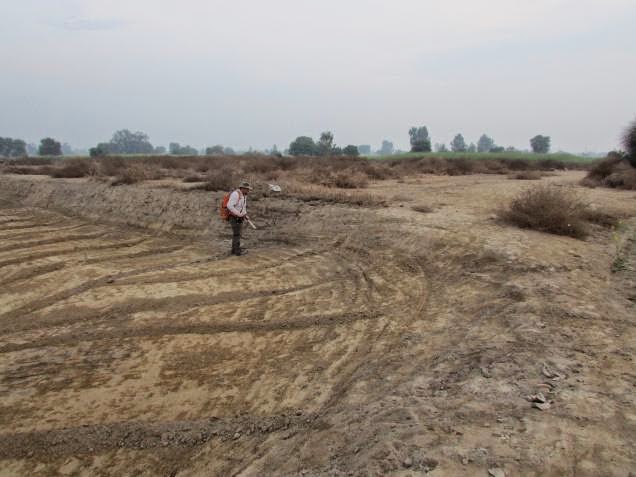 With Rakhigarhi at least 500 Km away from the Indus river bed and Dholavira discovered on an island located in Rann of Kutch, much to the south and no where near the Indus, how these could ever be part of Indus civilization? It was a perplexing question. Also around that time, scores of other (small and large) settlements like Kalibangan and Banawali were discovered ( from the same pre-historic period) all along Ghaggar-Hakra river basins and like Surkotada in Kutch.

The ancient Indian scriptures known as the Vedas, composed over 3000 years ago, describe this region of the Indian peninsula, west of the Ganga basin as “Saptasindhu” or the land of seven rivers. Out of these 7 rivers, Indus and its five tributaries are easily recognizable. But the 7th river known as 'Sarasvati' and described in the Vedas as "surpassing in majesty and might of all other waters" and "pure in her course from mountains to the ocean,” has not been discovered in known history.

A report of a study, published on 28th May 2012 in the Proceedings of the National Academy of Sciences and lead authored by Liviu Giosan, a geologist with Woods Hole Oceanographic Institution (WHOI) claimed that they have found the answer to this riddle.

The study suggested that from discovery of very intensive human settlements of Harappan times in the basin of Ghaggar-Hakra river, confirm that this was the long lost Sarswati river of the Vedas. It was a monsoon fed perennial watercourse and the aridification reduced it to short seasonal flows like at present. However some Indian scientists do not agree with this analysis. They feel that the Sarasvati river system can be considered as a separate entity and not as a part of the Indus basin. It dried up a few thousand years back, due to tectonic movements, tributary diversions and climate changes. This thesis is now well documented and accepted by almost all, barring a few skeptics.

Discovery of long lost Sarswati river of Vedas and establishing Rakhigarhi as the largest settlement in the area, makes many believe that the beginning of the Harappan civilisation took place in the Ghaggar-Hakra basin in Haryana and not on the banks of Indus, believed so far. The civilization gradually grew and spread from here towards the Indus valley. This would mean that the ancient civilization should be rather known as Sarswati Civilization, instead of being called as Indus civilization. 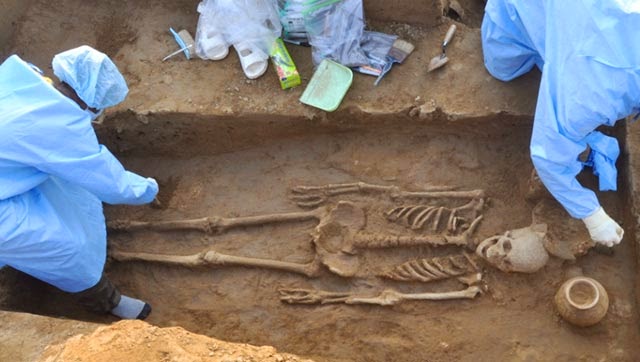 Last week, Archaeological teams from India and South Korea, who have been digging since 2012, in Rakhigarhi, discovered in an ancient cemetery, four complete human skeletons, thought to date back some 5,000 years. The skeletons found were of two men, one woman and a child, along with items like pottery with grains of food, shell bangles and small figurines, located near or around skeletons, which helped them to conclude that the settlers believed in reincarnation. Also found were toys — mostly figurines of animals as well as of mythical characters. A figurine of a dog with a leash point suggested their domestication. Also found were figurines of unicorns giving an impression about their mythical beliefs. Bones have been given for DNA testing.

According to Nilesh Jadhav, project co-director, who says: “We have nine localities here which we refer to as mounds. The mounds are numerically named, and the burial site is situated on mound number 7.” In the current project, the archaeologists are working on three mounds, mound number 4, 6, and 7. According to archeologists, the excavations at the different mounds have different significance. The excavation at mound number 4 will help them to figure out how and when did the Harappans settled here while the mound 6 reveals how were they living. Likewise, the mound number 7 has been established as the burial place, the archaeologist added. “We are currently excavating vertically from mound number 4. Our aim is to try to reconstruct the complete cultural sequence of the Rakhigahri which includes figuring out when did the first settlers come here, what changes happened when they entered in the urbanisation phase.”

Perhaps the DNA tests and other discoveries will conclusively confirm that Rakhi Garhi, the biggest settlement of ancient times in India, was the place, where it all began and this is why Rakhigarhi becomes so relevant.