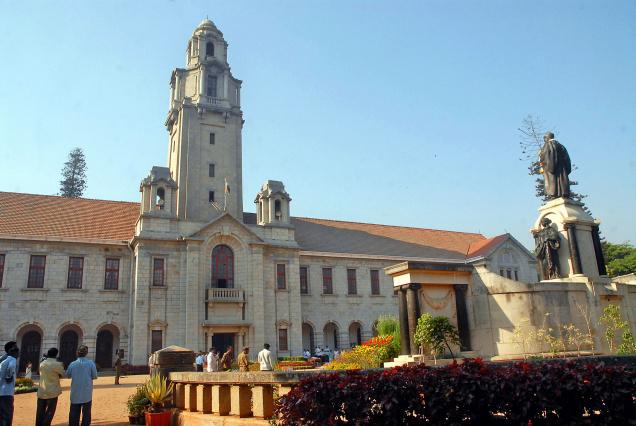 Some people say that after every 25 miles, the culture of the land and its people changes. But what is culture really? An eminent Marathi writer of yesteryear, had defined culture as way of our behaviour, which naturally includes public as well as private behaviours. So it follows that when the culture changes so would be the way of behaviour of the people. This many a times leads to misunderstanding that the person next to you is rude and anti social. In reality he may be totally polite according to his own standards. When people from divergent social backgrounds come together, unnecessary grudges could develop amongst them because of this diversity and to avoid such situations, it becomes imperative that a common code of social behaviour is used by everyone.
I used to stay in the college hostel during the years, when I was studying engineering. We used to have two large dining halls or messes for having our meals, which were arranged by the hostel. In each of these dining halls , there were large dining tables constructed in cement concrete with polished mosaic tiles fixed as table tops. On each of these tables, 15 to 20 persons could have their meals easily. All the eatables were usually kept at the middle of the dining tables in large sized polished china bowls. It was expected that every diner would serve himself the food items he wanted to consume from these bowls.
In our college, we used to get students from almost all states of India, which meant that they came from totally different kinds of ethnic, social and cultural groups of varying backgrounds. Many of the new entrants did not have even an iota of an idea about the table manners or the etiquette that were needed. When eating in a group of 15 or 20 people, many of the new entrants would serve themselves huge quantities or heaps of foodstuff without bothering about the other people sitting around them. Some made smacking, chomping or crunching sounds while eating. Some burped after their meals loudly while some others sprayed bits of chewed food all around them while munching with their mouths open. The other students, sitting at the same table, would feel thoroughly disgusted with this kind of behaviour and would have to watch helplessly. Usually, the senior students had the responsibility of setting things right, by instructing the errant diners to do things in a proper and right way. I must admit that in those few years, after watching so many students with an unimaginable array of bad table manners, my mind was completely imbibed with the importance of the need to have and follow good table manners, which I can never forget for rest of my life.
I can recollect another such incidence, when I was working in a big sized corporation. On this occasion, I was part of an interviewing panel consisting of about 8 or 10 people and we were interviewing candidates for post of an engineer. Few of us were in the panel as experts in technical fields. Besides the technical people, there were people from human resources department and sales. Our general manager was the head of the interviewing panel.
One of the candidate, whom we had interviewed, was really a top class expert in his field and he had rich experience of many years. However, others on the interviewing panel were not much for him. It was felt that the candidate had very rough and crude manners and his capability of communication with other people was suspect. After much discussion we left the decision with our general manager. He decided against this particular candidate as he was not sure about the fitness of this person for the post. His thinking was that outsiders may not form favourable opinion about this person because of his rough manners and effectively company image might suffer. So finally it was decided to select the next candidate with lesser technical expertise and experience.
In whatever field or area we work, we would be always coming in contact with some or other people during working hours. There would be very few such jobs on this planet, where we do not have to communicate at all with any one else. This makes it almost mandatory for anyone to have good communication skills and good manners . In the newly developed field of Information technology, communication skills and good manners are even more important requirements for an individual. In India more than 2 Million people are employed in this field and this sector is looking for more and more suitable people. The human resources departments of these IT companies say that they have no problems with the technical capabilities and capacities of the candidate they interview. According to them, most Indians lack basic good manners and communication skills.
I came across an interesting teaching course started by " Raman International Institute of Information Technology" from Mysore city in the state of Karnataka, for the engineering graduates, who wish to join IT industry.

If we find out what the lecturers tell to the students attending this course, we probably would never believe it. But the fact remains that these students are so ignorant about the social behaviour that they are needed to be told about even the most basic things. I am giving few examples here.
“If you find someone crying, leave that person alone. Do not try to find out the reason or console that person.”
“ If you observe white or gray hair on someone's head, do not point that out.”
“ Indian standard time is not Indian stretchable time. Give importance to someone else's time”
Mrs, Chhaya Shrivastava is a lecturer in this course. Some of the things she teaches her students include day to day practical difficulties like; How to write professional e-mails without using slang words? Or how to speak with your seniors or superiors? In addition the students are also briefed about Etiquette and protocols followed in offices, communication skills and conversational skills. She says that since these people most of their working time sitting in front of a computer, they do not understand how to behave with colleagues? Or How to have proper conversations? Most of the time, the tone in which they speak, their body language, are not proper. If such employees are sent abroad, particularly to advanced countries, they find it very tough to adjust with the work environment there.
The students who graduate from Indian Institute of Technology's normally do not face these difficulties, as living in hostels and exposure to pan India studentship make them fairly well conversant with the required skills. These difficulties are mainly faced by students, who graduate from small or less known institutions from smaller towns. Besides, family background of the students also plays a major role in this.
To discuss projects and convince on phone, clients located 10000 miles away, why they should accept your offer, has become a common place requirement for an engineer working in Indian IT industry today. This requirement means that for an Indian IT engineer, to have good basic conversational skill and acquire tact of convincing others about his own arguments, has become imperative.
Need is being felt now for such institutions like this institution from Mysore, that can polish up ordinary boys and girls passing out from regular schools and colleges to make them trained for a job in IT industry. It is however important to note that these institutions are not substitutions for the regular schools. They are rather supplementary to regular school as they provide kind of education that can not be obtained in regular schools.
29th Aprilr 2015