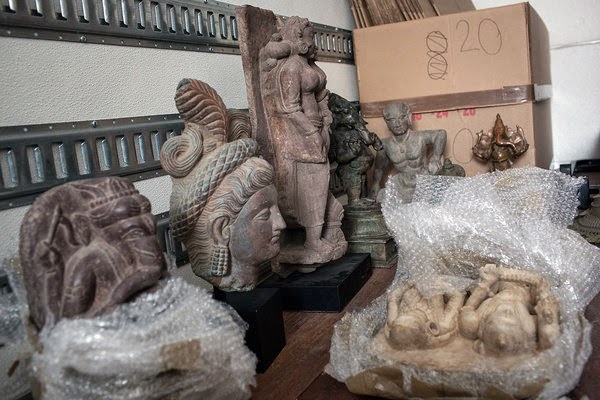 During last three or four years, I wrote number of articles about criminal deeds of one man, Subhash Chandra Kapoor, who ran an illegal trading empire of stealing and smuggling ancient artifacts from India and other countries to US and then sell these to museums and other buyers as legally imported items. During last year, when India's prime minister visited Australia, one of the most glorious bronzes, that of a dancing Nataraja, again smuggled out by Kapoor, was returned by that country to the prime minister of India. This brought to light, another black deed of Kapoor. 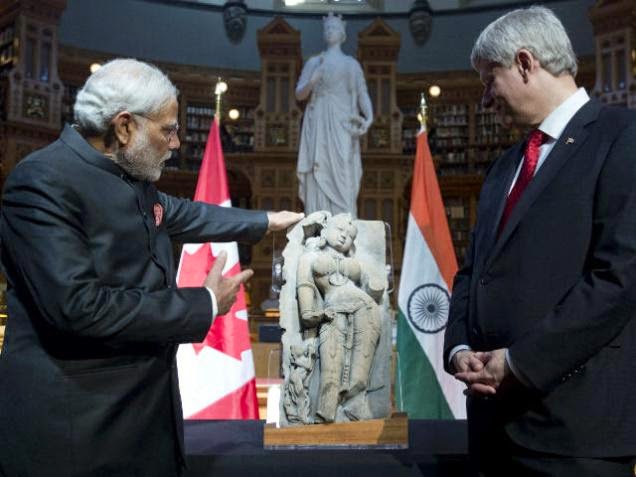 This week, Canada repeated, what Australia did last year and returned a beautiful, 800 year old, three feet high sandstone sculpture of a woman holding a parrot, commonly known as Parrot lady. The sculpture originally adorned the walls of world famous Khajuraho temples and shows a voluptuous lady with a parrot sitting on her back. She is considered as the “Naayika” described in Sanskrit literature. The sculpture turned up in Canada in 2011 in the possession of an individual who did not have proper documentation It was seized under rules of the Cultural Property Export and Import, which controls antiquities and other cultural objects being imported from foreign states. The sculpture dating back to the 12th century, was returned in accordance with the 1970 UNESCO Convention, at the Library of Parliament in Ottawa by Canadian prime minister to India. 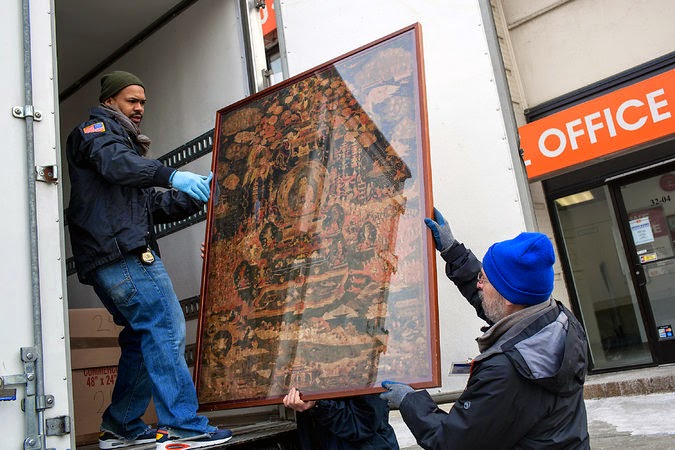 Coming back to criminal deeds of Kapoor, New York Authorities filed an application last week, with State Supreme Court in Manhattan, seeking custody of a huge number of artifacts, as having been looted from India and other places in southern Asia and smuggled into the United States by the dealer, Subhash Kapoor. It also filed a list of antiquities that were recovered from shop, storage rooms and assorted hideaways in Manhattan and Queens, of Kapoor, who ran a high profile showroom on Madison Avenue. 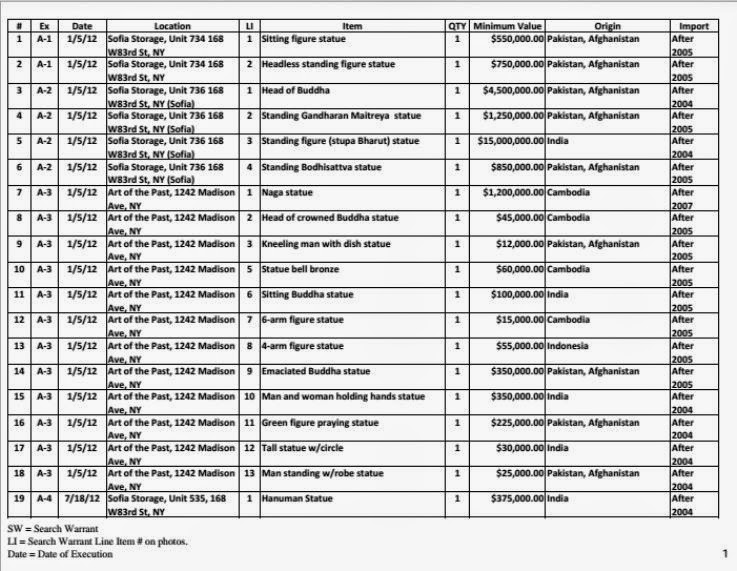 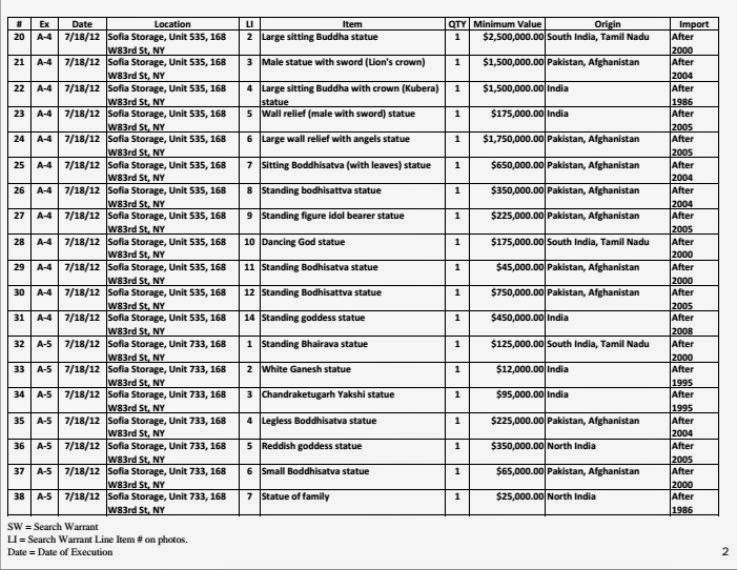 New York sleuths broke the case when Mr. Kapoor’s office manager, Aaron M. Freedman, pleaded guilty in 2013 to six counts of criminal possession of stolen property valued at $35 million and, according to his lawyer, helped officials track down some of Mr. Kapoor’s hidden storage locations.
Mr. Kapoor’s sister, Sushma Sareen, also pleaded guilty in November 2013 to a misdemeanor charge of obstructing justice and was sentenced to conditional release. In 2013, she had been charged with receiving and possessing several million dollars’ worth of ancient bronze statues, which remain missing. She is also cooperating, according to investigators.

However this lot is not everything that Kapoor had managed to smuggle in. US Federal authorities have also so far identified 18 American museums as owning a total of 500 items sold or donated by Mr. Kapoor. Several museums have agreed that they had received the objects illegally and have them returned since. Some museums keep holding the objects saying that these were legally acquired.

Kapoor is currently awaiting trial in India on charges of plundering archaeological sites and conspiring with black market traders to send illicit artifacts overseas. American officials are planning to extradite him after his case is settled.

Kapoor's action in plundering great cultural heritage of India in such unbelievably large quantities, is such a serious and heinous crime that he must receive harshest punishment prescribed by law.