Oh no! Not that boy again! 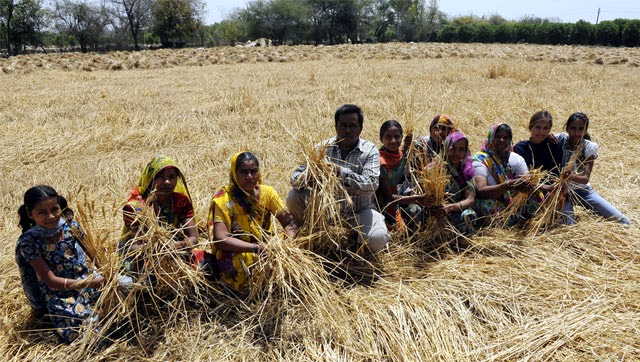 India's meteorological department published yesterday, it's yearly predictions about the monsoon rainy season 2015 and the predictions are not at all that comforting. According to IMD's long range predictions, the monsoon seasonal rainfall is likely to be 93% of the long-period average with a model error of plus or minus 5%. It expects below normal rainfall for the upcoming monsoon season with a 33% probability of rains being less than 90%, commonly referred to as a drought. This would mean that for second successive year, the rainfall will be deficient.

IMD says that there is a 35% probability of a 'below normal' monsoon with rains in the 90% to 96% range. The odds on normal rains (96%-104%) were placed at 28%, while there was a worrying 33% chance that rains could slip below the 90% mark. This appears to be nothing else but statistical jugglery, because for any event with three outcome probabilities, each probability is any way likely to be 33% only.

IMD gives reason for this expected less rainfall prediction as the much dreaded El Nino. IMD says that it has already developed in Pacific ocean and there is a high chance of its continuing through the long Indian summer. El Nino (means little boy in Spanish) is a geographical phenomenon that warms the surface temperatures in the eastern and central Pacific. This warming up of ocean can be first observed around December in Peruvian waters of South America. This phenomenon occurs cyclically, after every three to seven years. The phenomenon is quite insignificant but the after effects are quite devastating for the humans. Usually it leads to more rainfall in South America and substantial drop in the fish catch. El Nino has a dramatic effect on the trade winds across Pacific, blowing to the west. This results into triggering drought in Southeast Asia , Australia and parts of South Africa. It also reduces Monsoon rainfall in India, which impacts crops and livelihood of people. It generates cyclones in the central Pacific and stormy weather in southern and western US. The number of hurricanes in the Atlantic, however tend to go down. In Australia, El-Nino can cause cut in wheat crop output, reduces water supplies by cutting river flows, shrink city reservoirs and dry out forests, which can trigger bush fires. As against this it increases rain in North America , improving crop prospects. Major El-Nino's have happened in 1982-83, 1997-98 and 2002-03. The severe El Nino in 1998 killed more than 2,000 people and caused billions of dollars in damage to crops, infrastructure and mines in Australia and other parts of Asia. 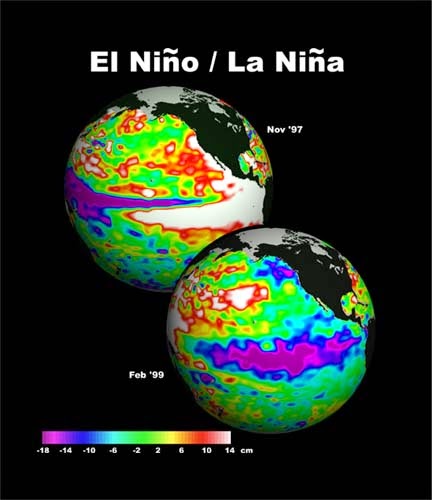 Exactly opposite outcome results when the surface temperatures of the eastern and central Pacific ocean cool down substantially. This is known as a little girl or La-Nina. It triggers stronger trade winds across the Pacific and around northern Australia, triggering above average rains and number of cyclones. In Indonesia and parts of Australia, La Nina can bring flooding rains. In Argentina and the US plains, La Nina can trigger drought. La Nina causes more hurricanes in Atlantic and fewer in Pacific. Major La Nina events occurred in 1973-76, 1988-89 and 2010-12.

Last year ( 2014), after sensing a similar situation of a growing El Nino, IMD had predicted 'below normal' monsoon with 95% rainfall. The actual rainfall was even less or at 88% in the June-September, making 2014 a drought year. This resulted in 6.5% loss in production of summer crops. If rains turn deficient even this year, situation is likely to be more difficult because of back-to-back deficiency.

There are other after effects too besides the loss in agricultural production, from India's point of view. First is the drinking water shortage. Many states like Maharashtra are totally dependent on rainwater for drinking water needs. Fodder shortage may be another source of worry. In many parts of India, huge hydroelectric generating stations provide electric power. These depend entirely upon the rain water to generate power. Any drought like condition is bound to reduce availability of power.

This grim scenario appears to be a likely possibility, for which we need to brace ourselves up. The shortages however are always transitory in nature and can always be managed. What is the most scary part of this scenario is the effect that this would have on economy and the Indian Rupee, which are already under inflationary pressure. 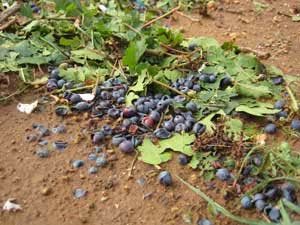 This year, so far has not been a good one for India's farmers with heavy crop losses due to widespread hailstorms and freak rains. This has resulted with destruction of crops. Another poor summer crop season would add to the farmer's woes and drinking water shortages in states like Maharashtra. The states and federal Governments need to start preparing contingency plans to suit different rainfall probabilities such as seed banks, rainwater harvesting and efficient use procedures; only then the country can survive the crisis with minimal effects that cause agrarian distress.