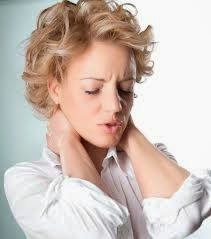 One of my great grand mother had suffered repeated paralytic strokes, well after she had crossed into her eighties. Her condition had become so pitiable  that she was neither able to move any limbs nor she could speak that could be understood by others. She had lost controls over bowl movements too. She had to be attended all the time with a nurse, by her bed side on 24 X 7 basis. She would keep muttering something incomprehensible to us, which only her daughter(my grandma) could understand. My grandma once told me that she keeps on calling Lord Rama to come and free her from this unbearable pain.

In those days, there was no medicine for patients suffering from such severe paralysis, except give them some strong pain killer like Codeine, which would relieve her pain at least for few hours every day. My grandma also would bring from a Homeopathic Doctor medicine in form of little sugary ball like pills. My great grand mother was very fond of these sugary pills and would wait for them to be put on her tongue, thrice every day. The dosage was fixed at three pills at a time. On one day, my grandmother gave her mother 4 pills instead of usual 3. My great grand mother counted the pills with her tongue and found that one extra pill has been given to her. She immediately became terribly upset and started accusing her daughter, whether she wanted to kill her with such an overdose of the medicine.

Readers can well imagine the situation. A bed ridden 87 year old, not able to carry on with any of the usual body functions and who repeatedly keeps calling Lord Rama to relieve her from pain and this life, is actually afraid that she may die because of overdose of Homeopathic pills. When my grandma told me about this incident, I was left quite speechless. I had an inner feeling of such pathos, such feeling of pity for my great grand mother that I simply could not say a thing. Yet the incident taught me something important. Love for life and fear of death are perhaps the strongest and most supreme feelings within all of us as well as other living beings around.

Readers must have heard about the famous experiment ( I don't know whether it was really carried out or is just a story from someone's fertile imagination) in which a female mother monkey was tied up and made to stand with her kid in an empty water tank. Initially, as the water filled the tank, she lifted her baby above her head to keep it safe. But when, the water level became so high that it started touching her nostrils, she simply dropped the baby on the floor of the tank and stood on him so as to save herself from drowning. Leaving aside the cruelty to animals aspect in this story, the experiment, really highlights the fact that we love our lives more than anything else and want to live longer and longer.

Yet from time immortal, we have instances of great heroes, who have been willing to die for a cause or to save someone else. This shows that motivation of mind can overcome this fear of death and the natural wish to live longer. Making use of this bend, in which human mind works, terrorist organizations all over world, train and brain wash young recruits to become suicide bombers and killers like men on 26 -11 attack on Mumbai. But such people are exceptions and only prove the rule.

My great grand mother, still afraid of death in her paralytic condition or a suicide bomber are perhaps two opposite extremes of the urge to live or not to live. But we lay people are in the middle and simply want to live a safe and enjoyable life. We all love life, our daily routines, friends, happy moments with our families and even our work. Yet we seem to take it for granted that the good times will always continue and forget that we need to make an effort ( particularly in senior ages) to keep our bodies and minds in conditions, where we can enjoy life.

Over a period of last six months, I have learnt an important lesson. How important it is to be physically fit. During last rainy season, I walked around with a footwear that probably was a mismatch. This resulted in sharp pain originating from the sole of my left foot. The pain spread slowly and after some weeks my entire leg started paining. After much investigation, the origin of leg pain was found to be in one of the vertebra of my spine. The corrective measures are slow and expensive. But what I have been missing in last six months is the quality of life that I used to enjoy. A life without any physical pain is the biggest gift, we can have from nature. A friend of mine, knows about an Ayurvedic medicine, that seems to relieve joint pain, and tries to help people, particularly seniors, to procure this medicine, which is not available easily. I was most surprised other day to find the actual number of people approaching him ( that includes the wife of a well established orthopedic practitioner) about getting this medicine.

Urge to love one's life, is natural, there can be no doubts about it. But the fact is that we can not love our lives fully, unless we are fit to enjoy it. Physical fitness remains the paramount requirement for being able to love life.