A Man of letters 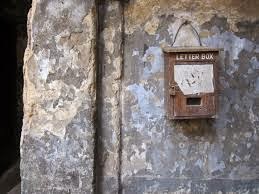 I have a letterbox hung near the entry gate of my house compound. There is a little glass window in the front, that shows whether there are any letters inside. These days, in spite of that glass window, letters, if any, just keep lying inside, because no one checks the box regularly. Not that all of us living here have suddenly become lazy or anything like that. The simple fact is that letters do not arrive regularly and we simply have lost the habit of checking the letter box. Only letters that do come on regular basis are telephone and energy bills, an odd magazine and that's all. The hard and bitter truth is that no one writes letters any more.

The letter box has seen better days in the past, when my entire business communications were done through official letters or when our relatives living in far off places wrote to us. Except on Sundays, the box would be full by noon, after the postman came on his beat. It was a great thrill to collect all the letters in the box and sort them out according to the addressee. Business letters, personal letters, magazines, fliers all sorted out and then unwanted ones discarded. Everyone in the house loved to this job and then distribute the letters to others.

Even the sorting of business letters used to be quite thrilling, new orders or cheques would sooth the eyes but supplier' bills, demands for taxes and notices would be an eyesore. New business inquiries was the stuff, I would be looking for, because studying a new requirement and then making a quotation would be the challenging stuff and was a specialty job reserved for me. Occasionally some weird letter would come. I remember once receiving some letter about one of lady operators in my factory, describing her in lowest kind of language. It would have been dangerous, if I would have let that letter fall in hands of some junior staff, which would have started a regular gossip mill. 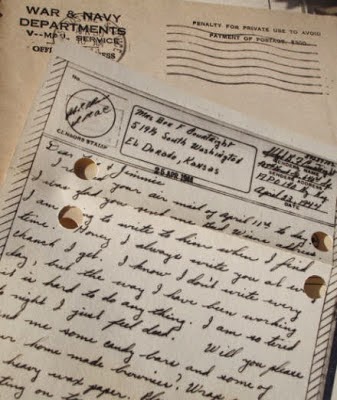 Let me take you further to the past in the 1940's decade. We had one table drawer in our house, which was full of photo prints, but they all contained photographs of post cards. Being curious, I had once asked my father about those, when he had given me an interesting explanation of war time communications. My father was apparently taking technical training in England during WWII years. The letters, he wrote to my mother during those couple of years were usually on a post card or a single sheet letter. All these even when they were in 'Marathi' were always censored and then microfilmed in England. A single microfilm might have contained thousands of such letters. The microfilms would be sent to India mostly by a liner or an airplane. After it reached India, post card size photo prints were taken from the micro film and these were posted from within India to the addressees.

The post card was the main medium of all communications, in those and also in later years also. It was the simple post card, which was cheap and reached the destination reliably, though no guarantee could be given about when it would reach there. Post cards brought good news, bad news, births, deaths, marriages taking place and invitations and were naturally anxiously awaited. Later, department of posts introduced inland letter, which was a single sheet of blue colour paper, to be folded in a particular way. When I moved out of the house and started living in an hostel in Bengaluru city, from where I took my engineering degree, my mother had given me a stack of these inland letters with strict instructions to drop a letter in the post box on every Monday. She would receive it mid week and write a reply, which I would receive by week end. For a span of three years, this was my only and entire communication link with the family. My mother was a great letter writer, always optimistic about future. It was through her letters, I heard about my father loosing his job and his later illness. I would write to her about campus friends, what I did on week ends and so on. I still have with me some of the letters and find it tough to discard them, even though I know they are irrelevant now.

Sometime in 1980's, a school going nephew of my wife was sent to a residential school in Gwalior city. Being away from the family for the first time, he wrote daily letters to everyone, his mother, my wife etc. In the initial months, he was so home sick that his letters always ended as “Your unfortunate nephew -----.” After he completed his education and came back, I do not recollect having seen even a single letter from him again.

There is a phrase in English; a man of letters. Wikipedia defines it as,; " The English term “Man of Letters” derives from the French term belletrist, but is not synonymous with “An academic”. The term Man of Letters distinguished the literate man ("able to read and write") from the illiterate man ("unable to read and write"), in a time when literacy was a rare form of cultural capital. However it is defined by one dictionary as a man, usually a writer, who knows a lot about literature. Another dictionary gives its meaning as a scholar or an author. I find both these meanings rather strange in present context. If the word “letters”  relates here to its meaning as alphabets, don't you think that it is kind of degrading for a scholar or an author, to be called an expert handler of alphabets. Or if we take the more conventional meaning of word “letters” as “written communications,” then a person who writes letters often, almost daily, like my wife's nephew for example, for a period of time, should really be called as a man of letters even if he is just a young boy of twelve. But the English language does not allow me to do that.

A man of letters may not have written a single letter, but he is  a man of letters only if he is a scholar or an author or knows a lot about literature. Don't you think it's kind of funny? At least I do. Perhaps, as a friend of mine remarks, postman is the real man of the letters after all.